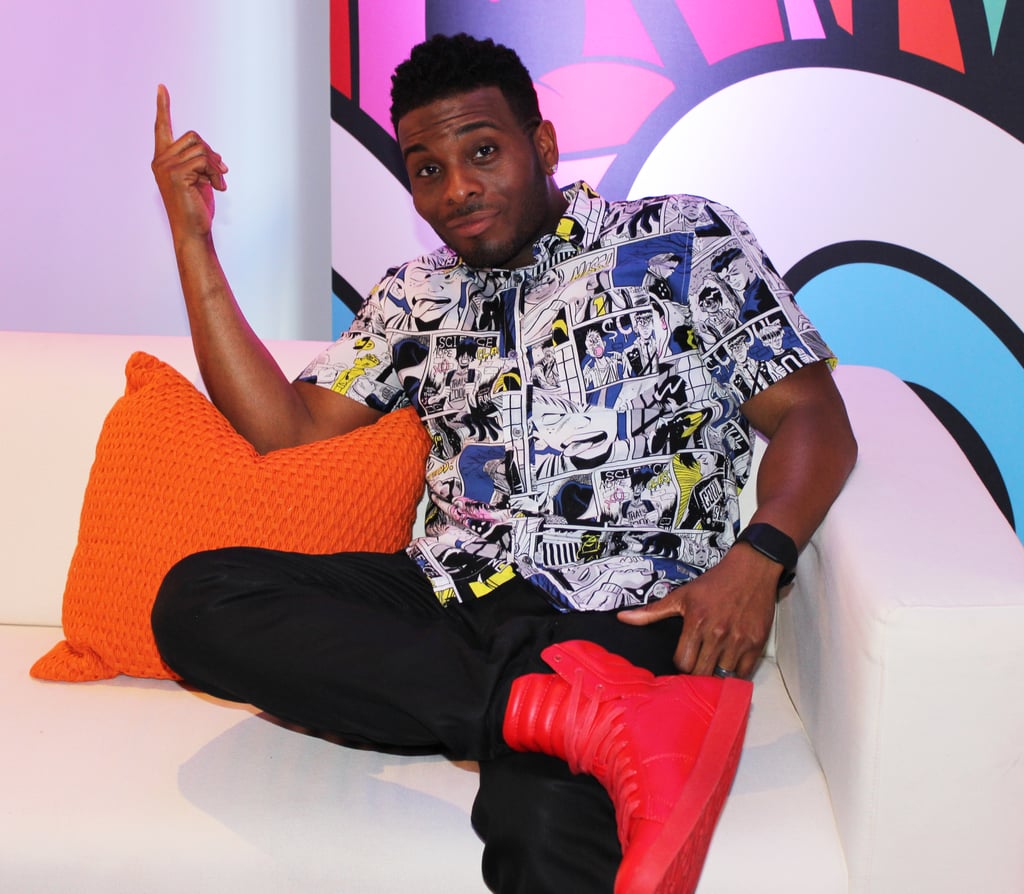 9 Things Every '90s Kid Needs to Know, According to Kel Mitchell

If you ask any true '90s kid about their favorite childhood memories, they'll undoubtedly list off some of the following: Lisa Frank stickers, *NSYNC, jelly sandals, and old-school Nickelodeon shows. Most notably, it was Kel Mitchell — one of '90s Nick's most prominent figures — who inspired a generation of kids to guzzle orange soda, collectively refer to themselves as "dudes," and, most importantly, embrace their inner silliness. And soon he'll inspire a new generation of kids to tune in to Nickelodeon, thanks to his comedy show called Game Shakers that premiered earlier this month.

The show, which follows two young girls who create an app and subsequently fall into legal trouble, stars Mitchell as an eccentric rap mogul. Created by All That mastermind Dan Schneider, Game Shakers "has the same energy and craziness we had on the '90s shows," Kel said. If that doesn't convince you to tune in, this will: the comedian's character will rap and dance, citing MC Hammer and Vanilla Ice videos as some of the inspiration for his hip-hop moves.

I fulfilled a childhood dream by sitting down with Kel, now 36, at Comic-Con International, where he was promoting the new show (and celebrating #ThrowbackThursday) with nostalgic convention-goers. Sitting in a room bedecked in Nickelodeon cartoon merchandise and the channel's trademark orange hue, I couldn't help but be transported back to my girlhood living room on Saturday mornings — I could almost taste Oreos and Tang.

Thankfully, Kel humored me by answering my burning questions about the bygone decade, making my stomach ache from laughter in the process. Read on to learn about his favorite set memories, fondness for MC Hammer . . . and of course, orange soda.

TV
Breaking Down the One Government Agency in "The Last of Us": FEDRA
by Victoria Edel 9 hours ago