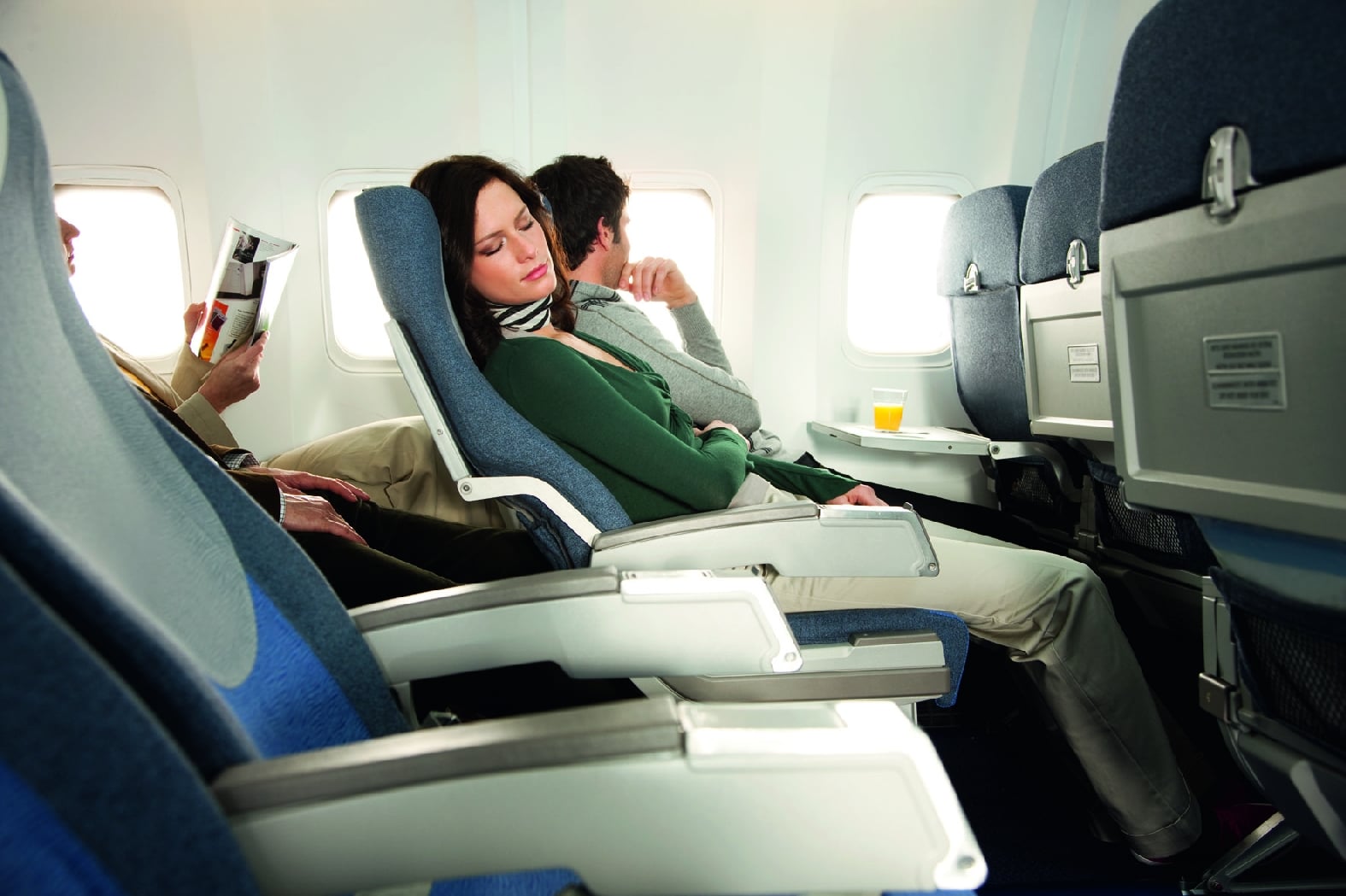 We're living in the age of the airfare add-on, paying for movies, drinks, and meals, just barely avoiding having to shell out to use the bathroom. The pay-for trend of the moment is purchasing an upgraded economy experience, generally in the front of the standard-fare cabin. It almost seems too good to be true, being able to pay a relatively small fee — relative here to the exorbitant rates of first class — for a more luxurious experience.

What Is Premium Economy, Exactly?

There are as many different names for premium economy as there are airlines. United's version is called Economy Plus, which offers more legroom. JetBlue's Even More and American Airline's Main Cabin Extra both grant extra inches and early boarding. As of March 1, Delta's Comfort+ is up and running with more legroom, priority boarding, and dedicated overhead bin space, as well as complimentary beer, wine, and spirits. Flights between New York City's JFK and Los Angeles or San Francisco include a snack and a sleep kit, too. It sounds suspiciously like first class, though Delta's perk can be purchased for an additional $19 to $159 on flights to and from the United States.

Premium Economy Seems to Be a Win For Airlines

If decades of air travel have taught me anything, it's that the big carriers only keep programs and perks that make financial sense. Anyone else remember when hot meals were served on cross-country flights?

Premium economy programs may be making money — and therefore, may stick around — because the whole system of purchasing the upgrade is so tempting. The airlines made a genius move by allowing travelers to upgrade after buying their original economy fare. The round-trip ticket and the upgrade become psychologically separate purchases. I can pay $400 for a flight in February, and then one month and one credit card cycle later, shell out another $80 for premium economy. I'm no behavioral economist, but this seems like a stroke of business genius.

I'm skeptical that both an airline and a traveler can mutually benefit from anything, including premium economy. But I like premium economy anyway. Yes, it's nice to get the extra room and to feel special when boarding the plane first. And don't get me started on the free drinks. What really gets me about premium economy, though, is how it offers a tiny bit more control over what is — let's face it — a totally powerless experience. From the moment we press "confirm" on a booking page, air travel is out of our hands. There are often no refunds on tickets, we can't manage the weather, airport security is its own thing entirely, and don't even think about bringing your own water. More choice brings power to the purchaser.

For short trips and tight budgets, it's rational to stick with regular old economy. But on special vacations, overnight flights, and cross-country journeys, it's tempting to splurge — if possible — for a roomier and more pleasant flying experience. I'm just thankful to have the option.

Premium Economy Is the New First Class — but Is it Worth It?  originally posted on POPSUGAR Smart Living
ConsumerismTravelAir TravelTravel Tips
Around The Web

Walt Disney World
Disney Shared a Rare Look Inside Cinderella's Castle Suite, and It Really Is What Dreams Are Made Of
by Sydni Ellis 6 days ago