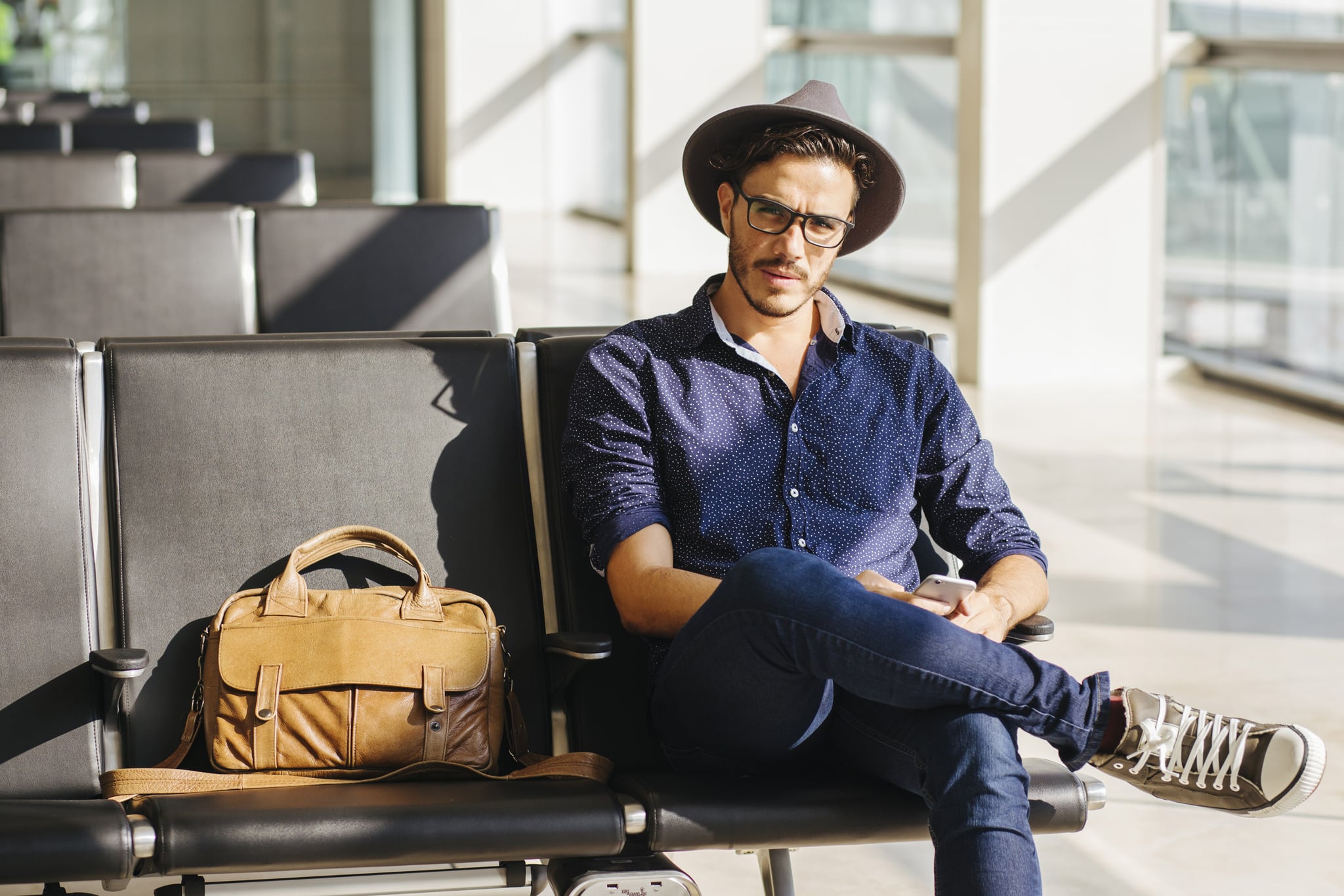 We've all been there: stuck in an airport terminal after a flight delay, and you start to look around at the people there with you. Then you spot him: the guy closest to your age, headphones in, nose stuck in a book. Maybe it's the fact that you're surrounded by screaming babies and disgruntled business travelers, or perhaps that you've just downed coffee number four, but there's something about him that captures your attention. He's beautiful. He's mysterious and intriguing. You fall for him (silently). He doesn't know it, but you're meant to be together.

You, my friend, are experiencing something I like to call THP: traveling hotness phenomenon.

You see, this random guy at the airport might be so-so looking in real life. Sure, he's probably a very nice guy who calls his mom once a week, but let's be real: you wouldn't think twice about him in the outside world. Within the confines of the airport (or bus stop, train station, or any other major travel hub), though, he becomes an instant 10. While you wait to board the plane, you steal glances at him, constructing a fantasy relationship with this mystery traveler. You've married and buried him before you even step foot on the plane.

If you've experienced THP while jet-setting, you're not alone. Flight attendants do it — they call their four-hour-long crushes "airplane boyfriends." When I asked a group of my friends about it, they responded: "Yeah, that's a very real thing," and "It's because they're . . . there." Social media accounts like Hot Guys in Airports and Hot Dudes Reading don't exist for nothing — people all over the place are far more likely to check out (and fantasize about) other people while traveling.

So let's talk about it, shall we? Before you take a trip home for the holidays, we need to dissect this common experience and understand why it happens so often, especially on various forms of transit.

Image Source: Shutterstock
This Goes Out to Every Guy I've Had a Fantasy Relationship With in an Airport Terminal  originally posted on POPSUGAR Love & Sex
Eye CandyThanksgivingHolidayDatingTravelAir TravelSingle Life
Around The Web