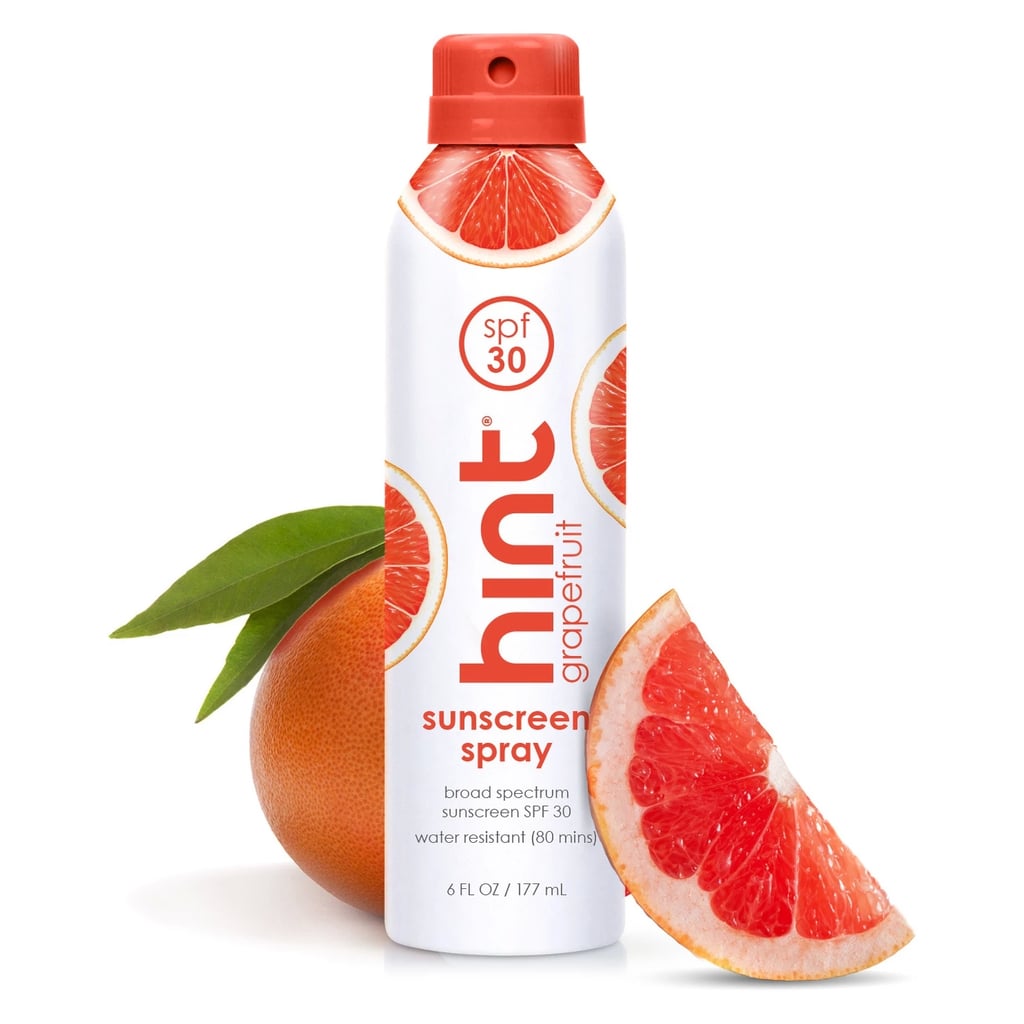 Spending time with my boyfriend's friends typically means two things. First, I will be hearing a lot about the jam-band Phish and not completely following the conversation, and second, my sunscreen will be met with "oohs" and "ahhs" before doing a disappearing act. Over Fourth of July weekend, I came prepared to the pool with an extra bottle of my go-to body pick, the Hint Grapefruit Sunscreen ($11), as well as a tube of my favorite facial variety, Supergoop Unseen Sunscreen ($32).

Several of my new friends at the pool tried out Supergoop's cult-favorite product, and were instantly blown away by its unique, silky texture and quick-absorbing nature. I was asked for photos of the label, texts with the name of the product, and was told by several people that they intended to buy it as soon as the weekend was over.

The Hint spray sunscreen had previously been a hit during a beach weekend in which the group I was with finished off a bottle within hours. This time I came prepared with a backup. Not only did additional people comment on how good it smells, but everyone chose it over the four other bottles on the table.

To find out why these picks were such a hit, read on ahead.