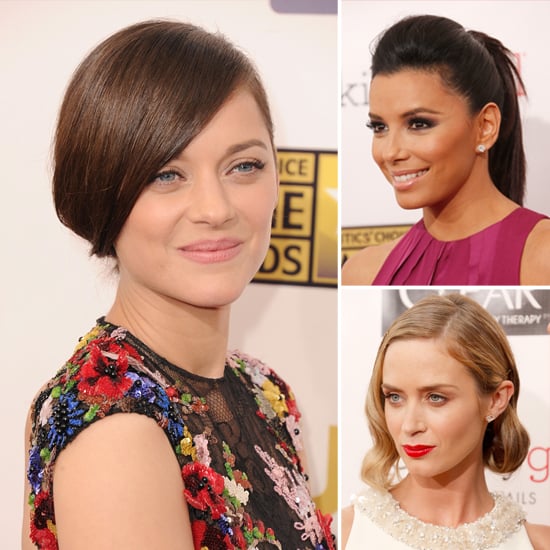 You never know what you're going to get at the Critics' Choice Awards. Not as formal as the Oscars but not as laid-back as, say, the MTV Movie Awards, the Critics' Choice red carpet is a blank canvas. See which celebrities took risks, and which ones amped up the wow factor, now.

Spring Fashion
I Shop For a Living, and These Are the 18 Must Haves I'm Excited to Buy For March
by Macy Cate Williams 6 hours ago

Celebrity Couples
No, Jodie Foster Did Not Set Up Shailene Woodley and Aaron Rodgers
by Grayson Gilcrease 7 hours ago

Viola Davis
Viola Davis Came For the Best Dressed Award in Her Golden Globes Gown, and She Can Have It
by Chanel Vargas 9 hours ago