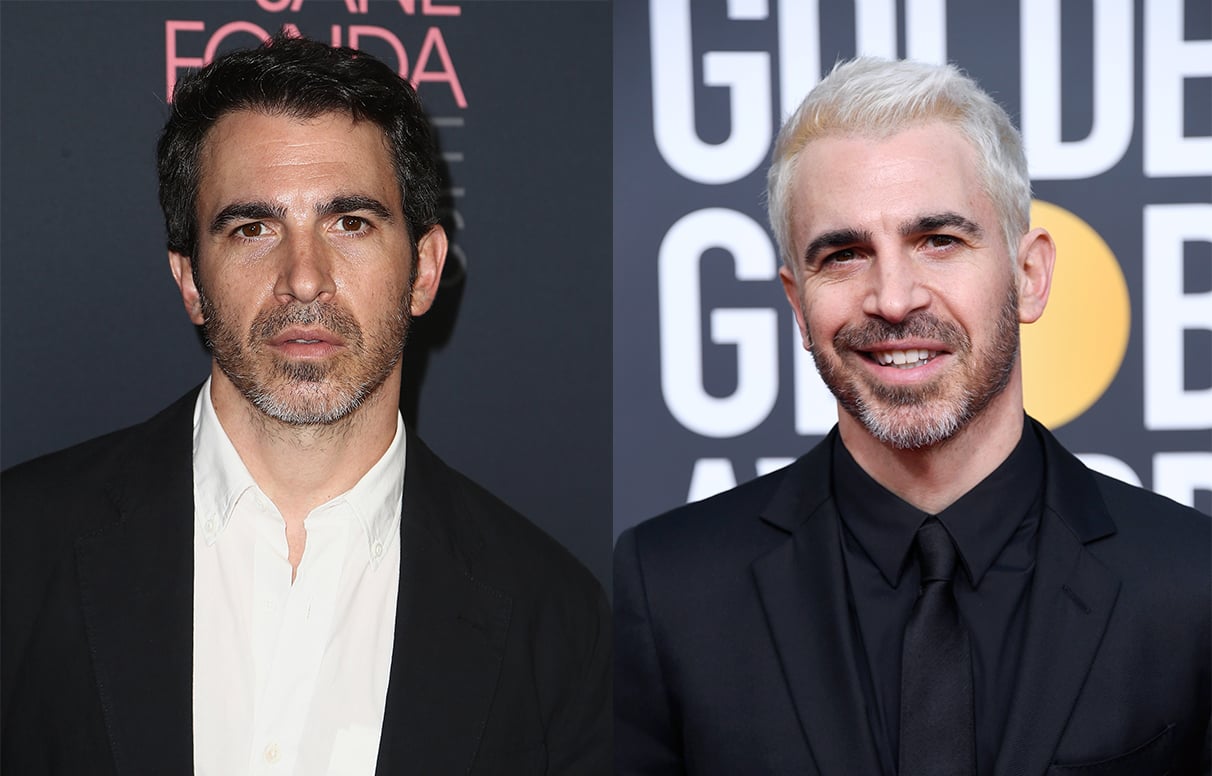 We don't want to overshadow how talented, smart, and witty Chris Messina is, but he's making it really hard not salivate while seeing him on the Golden Globes red carpet. The actor — who is presenting at the show and appeared in Sharp Objects, which is nominated for best TV movie or limited-series — made us do a double-take while sporting new platinum blond hair.

We say "new" because just last month, Messina was spotted with his normal brunette look. He's won over plenty of fans for his boy-next-door charm on The Mindy Project and brooding mysteriousness in Sharp Objects. This look is giving us '80s punk-rock front man in the best way possible. Surely the change is for a role? We'll let you know once we confirm, but in the meantime, let's pretend he wanted to see if blonds really do have more fun.