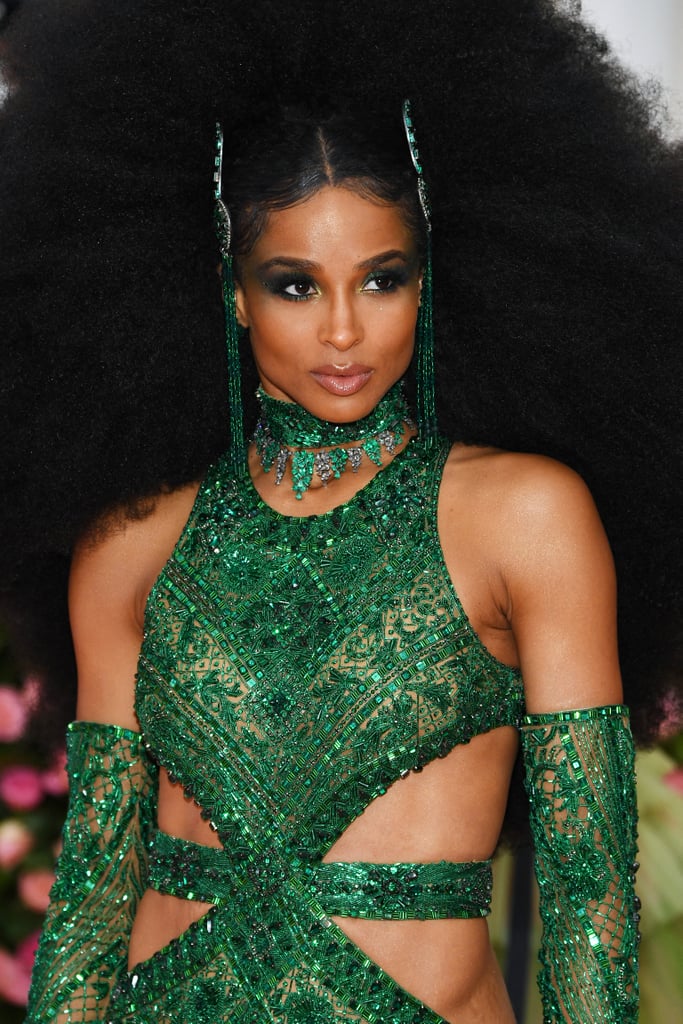 We Can't Even Tell You What Ciara Is Wearing at the Met Gala Because OMG, Her HAIR

Ciara is never one to shy away from a statement red carpet moment. (In fact, she made waves at the Billboard Music Awards with her son, Future Zahir Wilburn, just last week.) But for this year's Met Gala, she truly went balls to the wall with a giant Afro reminiscent of Diana Ross circa her days in The Supremes.

The 'fro was created by celebrity hairstylist Cesar DeLeon Ramirez using six wigs he sewed together and then teased and volumized with Unite Go 365 3-in-1 Hairpsray. It towered over her head and made its way to halfway down her back, forming a gorgeously curly halo around her face and shoulders. The Afro was pinned back away from her face with two bedazzled and tasseled hair clips, right on trend with the popular hair accessories that made appearances on the carpet tonight.

Though her hair was definitely the statement of the outfit, her dress certainly did not disappoint. Her emerald green beaded Dundas gown featured flashy cutouts around her midriff, as well as a thigh-high slit and flowing feathered train. She looked so stunning, I'd be surprised if she didn't make every single best dressed list this year.

Hair
Why Aren't Black Women in Politics Afforded the Same Freedom With Their Hair as Everyone Else?
by Natasha Marsh 3 days ago