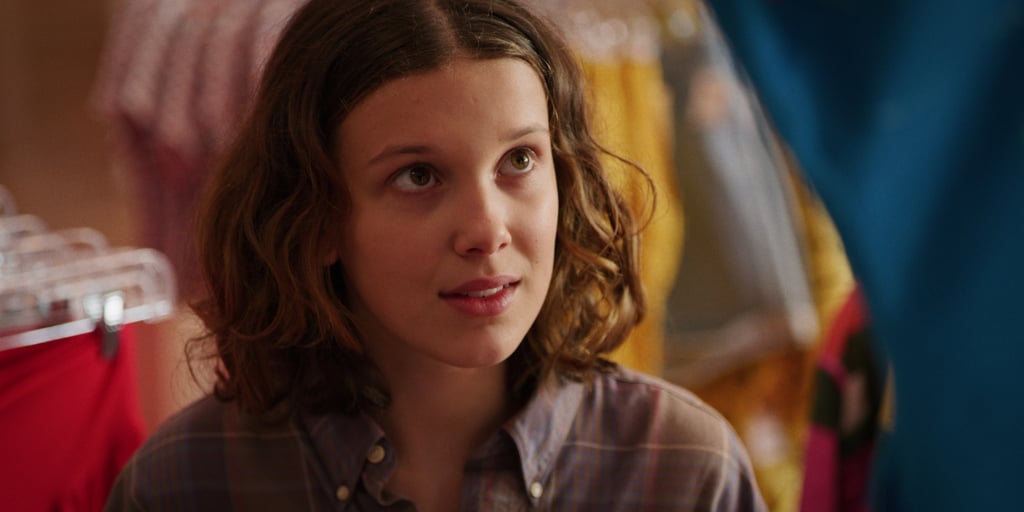 I hate to break it to Steve Harrington, but Eleven has officially snatched his title as the Stranger Things character with the most envy-inducing hair. I know, I know — this is likely going to elicit a few eye rolls and knuckle cracks from dedicated Steve stans who worship at the shrine of his luscious hair, but just allow me to present my case, OK?

As soon as Stranger Things's third season hit Netflix, I became infatuated with Eleven's newest hairstyle — a curly shoulder-grazing bob — and couldn't help but fixate on it while watching her kick some gooey Mind Flayer butt and keep Hawkins safe. Though she mostly wears it with a bold center part throughout season three's eight episodes, there are also a few scenes when she rocks a half-up, half-down style with a yellow '80s-esque scrunchie that's simply *chef's kiss*. Oh, and let's not forget when she opts for that deep side part during her girls' day trip to the Starcourt Mall with her pal Max Mayfield. It was the perfect styling move to pull right before dumping Mike Wheeler in front of his friends like the sassy queen she is.

No matter how Eleven's bob is styled, it always has covetous volume and that flawlessly tousled look I strive for but never actually manage to achieve on a daily basis. I mean, seriously — what texturizing spray were they using on Millie Bobby Brown's hair behind the scenes? And that length! It's chic enough to make me book a salon appointment and chop my long hair so I can harness a similarly badass vibe.

Of course, Eleven's hair hasn't always necessarily been Pinterest board-worthy, as it's transformed quite a bit since Stranger Things first graced Netflix. The Eggo waffle connoisseur has a buzzcut during the entire first season, save for when she slips into that blond wig to blend in and evade any eyebrow raises around Hawkins. At the start of season two, El's buzzed hair is slightly grown out, and later on, it grows out even more and develops curls. What will we see her character experiment with in season four? Perhaps '80s-style bangs? A perm?

Ahead, take a walk down memory lane and relive Eleven's hair transformation through the first three seasons of Stranger Things, and then read through reactions from other fans who agree that her latest look is the best one yet.

Beauty News
Tia Mowry's Famous Friends Are Swooning Over Her New Blond Hair and Bangs, and So Are We
by Victoria Messina 21 hours ago

Annie Murphy
Annie Murphy Just Joined the Curtain-Bangs Club, and We Love That Journey For Her
by Victoria Messina 4 days ago

Beauty Trends
Need a Lightweight Style to Protect You From the Summer Heat? Try Spring Twists
by Danielle Jackson 5 days ago 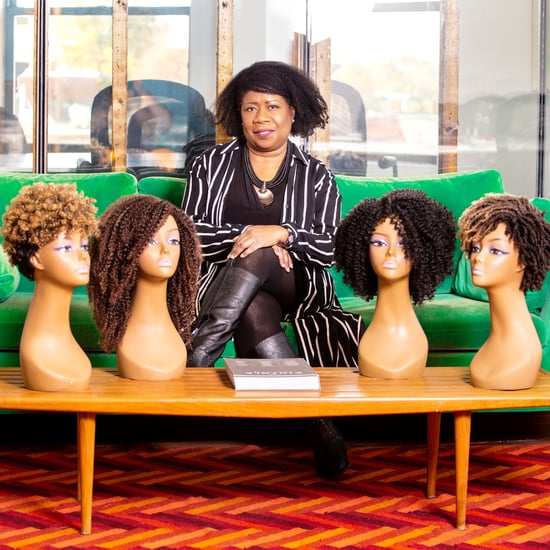