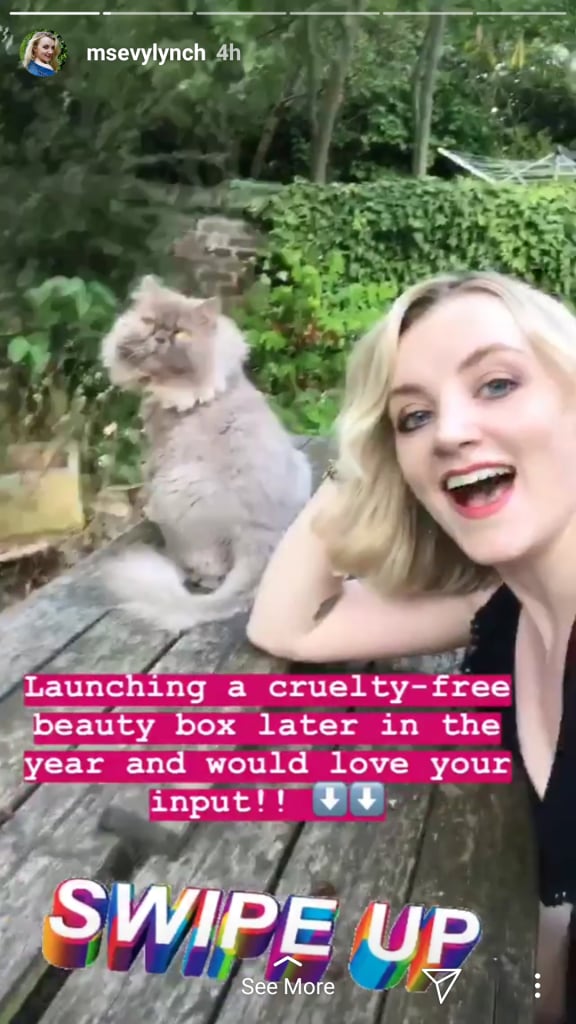 Evanna Lynch, know as the beloved Harry Potter character Luna Lovegood, is bringing even more joy to the world with her cruelty-free subscription box. The actress is a passionate vegan (she even has a podcast on the subject called The Chickpeeps), and announced the new service via her Instagram story alongside her cat.

Lynch explained that she's looking for her fans input on what they'd like to see in a cruelty-free box. You can even take her survey to tell her what you'd most like to see and what products you're most interested in.

While there aren't many details about the box other than it launching later this year, we'll have more details later this Summer, and we're excited to have even more cruelty-free options to fill our makeup bags with. There's no legal reason to test on animals in the United States or in the UK, and we're looking forward to seeing her favorite beauty picks.

Beauty News
What to Know About Nape Piercings, According to a Pro
by Jessica Harrington 9 hours ago