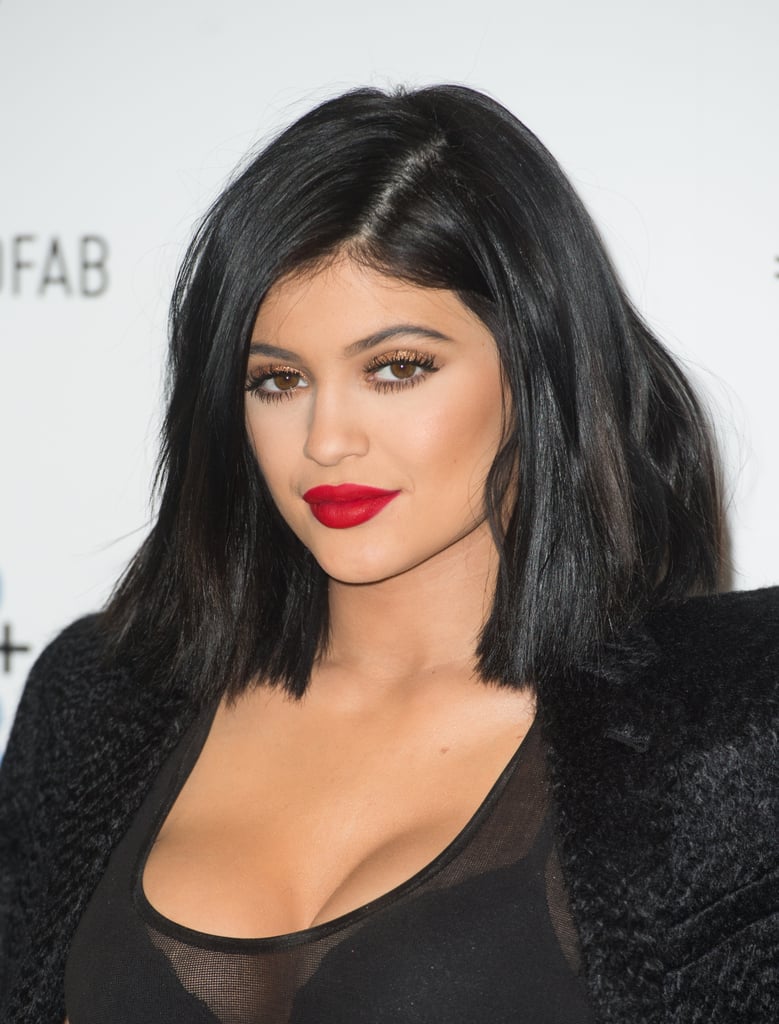 You know you've made it when there's a viral hashtag on social media dedicated to your lips. So is the case for Kylie Jenner, who is constantly queried whether or not she gets plastic surgery to enhance and plump up her pout. In recent news, Scott Disick called Kylie out on Keeping Up With the Kardashians for spending quite a bit of time perfecting her pucker. He said, "Have you seen her do her lipstick? It takes like 40 minutes and then she like pulls one lip, pushes one out . . . I don't understand why everybody thinks it's so cute to duck [your lips] out!" Whether it's cute or not, women are copying Kylie's plush-pout look.

Kylie has no apologies for her mega mouth. When Scott joked with her, "You should want your nose to almost hit your lip. Get it up there! Plump her up!" She replied, "That's what I think."

Recently, Kylie spoke with Grazia UK about all things beauty, including how lip liner changed her life (and her lips), her obsession with strip lashes from CVS, and how Khloé is the one who gave her the best beauty advice. She also recalled stealing her mom's foundation as a child.

As for the surgery rumors, Kylie stopped being so tight-lipped at the launch for her new line of hair extensions, Kylie Hair Couture, and told E! News what she thought of all the gossip.

"I feel like everyone has been talking about it for months, so I'm kind of sick of it," she said. "In my pictures, I pout them out a lot. I think big lips are awesome." In May 2015, Kylie admitted to using lip fillers, but had long credited makeup for giving her that enhanced pucker. "I love lip liner and overlining my lips," Kylie said. "But I don't even care anymore. I'm, like, whatever — just say whatever you want." This comes just a few short weeks after she took to Twitter to address the media frenzy around her mouth.

"How long are we gonna talk about this lip thing lmao," she wrote.

"Let's get a our lives together guys and talk about some important sh*t," Kylie added.

"Just talk about something new at least. I'm bored," she concluded.

During an interview with beauty duo Pixiwoo, her older sister Kim Kardashian shared the trick behind Kylie's voluminous pout. "Kylie draws her lip like this," she said, tracing her finger over her upper lip. "She's so good at makeup. She only wears a lip liner and fills it in. She doesn't wear a lipstick or a gloss." Kim recognizes skill when she sees it. She's a master at contouring herself, and that passion for cosmetics seems to be contagious! It's spread throughout the entire Kardashian-Jenner crew, including baby North.

But what Kim failed to mention is just how many lip products Kylie really uses. At an event for skin care brand Nip+Fab, Kylie revealed that she doesn't use just one shade. "Everyone thinks I have one specific lip color, but I have, like, 10 different nudes."

Suki Waterhouse and her little sister Maddi (a self-proclaimed Kylie fan) have also hopped on the #kyliejennerlips selfie trend. Suki posted a picture of her sister on Instagram rocking Kylie's signature overdrawn, glossy mauve pout and dramatically arched eyebrows. "Presenting @maddiwaterhouse as @kyliejenner," read the caption, while Maddi's repost of the same snap read, "Am I @kyliejenner yet?" The Waterhouse sisters' father happens to be a plastic surgeon, so it's possible that Maddi's luscious lips could be the result of more than just makeup.

Even now that the secret's out, it's clear that Kardashian-Jenner worshippers, haters, and makeup artists aren't done obsessing over Kylie's full, curvaceous pucker. Her sexy smirk isn't going anywhere any time soon, so we rounded up tools to help you make your own lips look fuller — no injections necessary!

Celebrity Hair
Chrishell Stause, Is That You? The Selling Sunset Star Just Debuted a Much Darker Hair Look
by Kelsey Garcia 17 hours ago 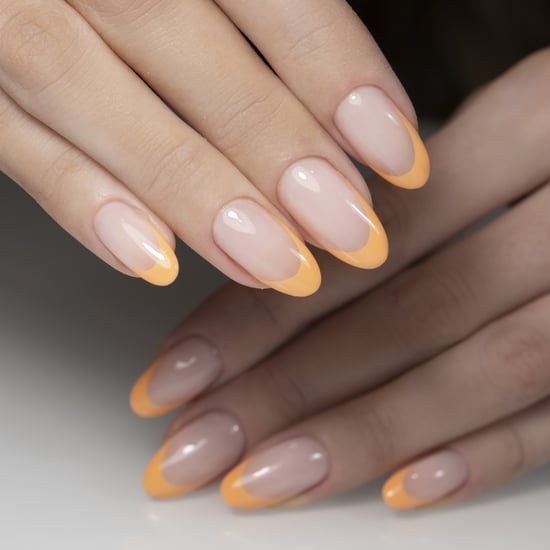 Beauty Tips
Fact or Fiction: You’ll Find Your Perfect Neutral Lipstick by Matching It to Your Nipple Shade
by Jessica Harrington 1 day ago