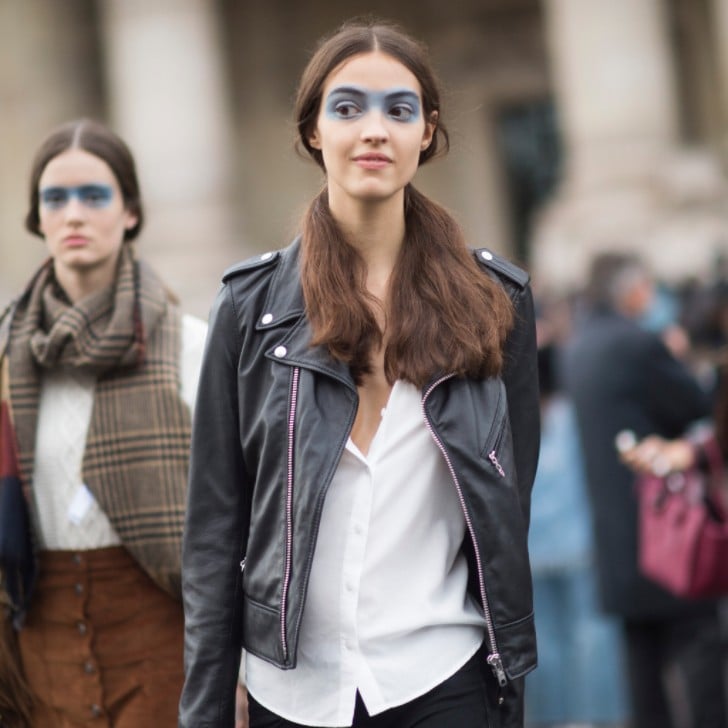 Break out the hair ties: Paris Fashion Week has decreed that pigtails and pigtail braids are fashionable again, regardless of age. While FKA twigs, Alexa Chung, and Janelle Monae have been sporting the look in its various iterations in recent months, the Chanel and Miu Miu shows confirmed that two tails are better than one. It's not just any pigtail, though. The new version, whether plain or plaited Twigs style, calls for a more grown-up spin. It's not Pippi Longstocking. It's not Harley Quinn. It's high fashion — and Karl Lagerfeld-approved.

Draw inspiration from these pro-pigtail style influencers, who show how braids, messy-on-purpose texture, and a bow placed at the nape of the neck can remake this traditionally girlish look.

Simone Biles
This Picture of Simone Biles's Red, White, and Blue Floor-Length Braid Deserves to Be Framed
by Jessica Harrington 2 days ago