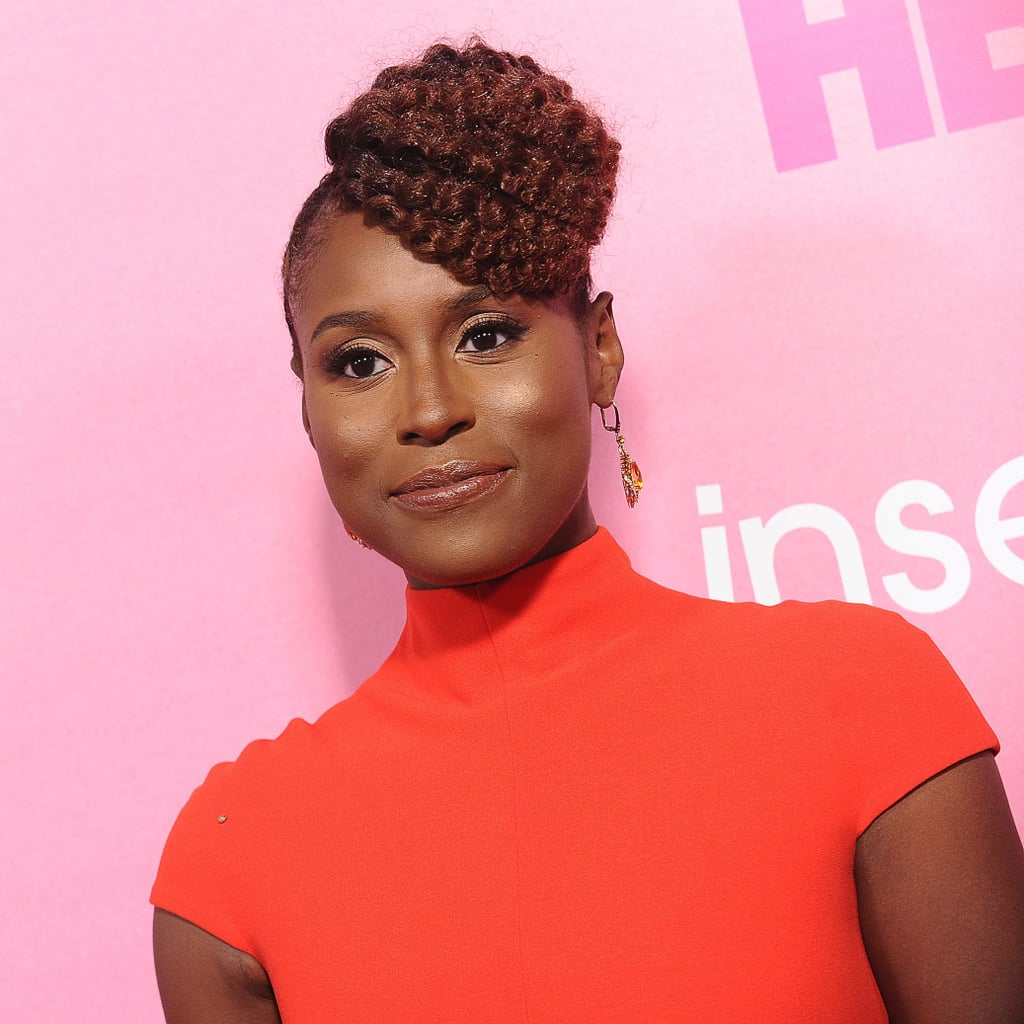 There's a scene in Insecure where Issa (played by the hilarious Issa Rae) tries on different lipsticks before seeing a love interest. With every swipe of a new color, her persona changes: red makes her flirtatious and sexy, hot pink turns her into a party girl, and black makes her aggressively sex-crazed. It's the scene that hooked me on the HBO show, which finished its second season in September, and the first thing I thought of when I heard that Issa was the new face of CoverGirl.

There couldn't be a more perfect pairing. Whether on-camera or on the red carpet experimenting with bold lip and eye colors, Issa has proven the transformative power of makeup. That doesn't mean the writer, actress, and show creator thought she was a shoo-in for a big-deal partnership like CoverGirl.

"I was like, 'Y'all know who y'all hit up, right?' Because I'm not super glam," she told me when I met her at Coty's headquarters in New York. "We all grew up looking at the print ads. For me, it was like, 'Queen Latifah got it. That's wassup. That's so cool.' Then Janelle [Monáe] got it. This is great because we're the same skin tone, so now I can just look at what product she's getting. So, to be [a CoverGirl] is a dream — a dream that I didn't even know that I had — come true."

We chatted about building self-confidence, why it's so important that she always wears her hair natural, and how she's using her platform to make women who look like her feel better represented in beauty and entertainment. Read our interview with Issa ahead.