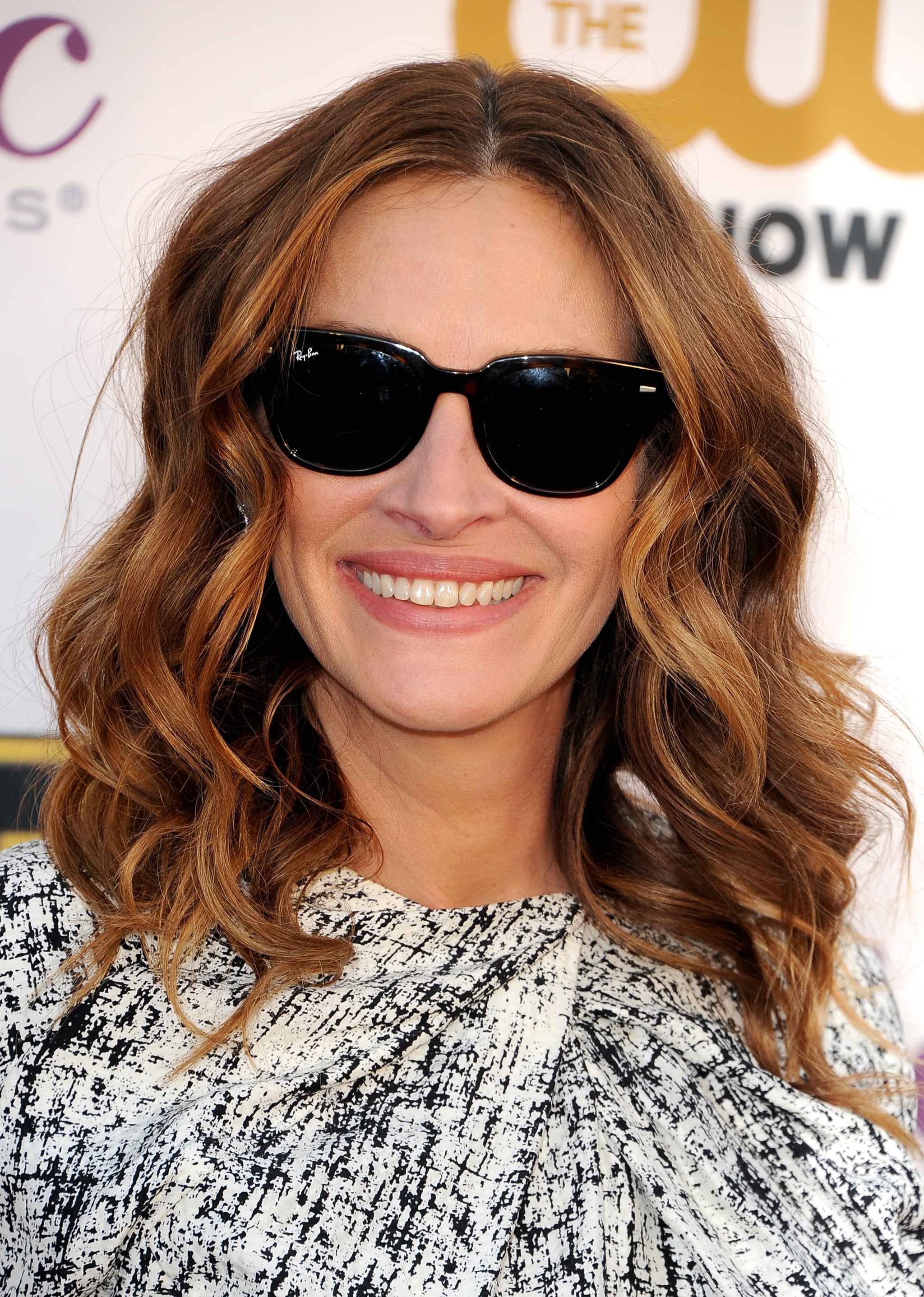 Julia Roberts played it cool on the Critics' Choice red carpet, sporting sunglasses and effortless waves. Nominated for best supporting actress for August: Osage County, Julia opted for defined waves at her second award-season appearance. Her lipstick was a neutral pink tone, and we guess we'll just have to wait until the sun goes down for her eye makeup to be revealed.

Vote in all of our Critics' Choice Awards polls here!