It seems Kylie Jenner's hiatus from lip fillers is officially over. Just three months ago, the 21-year-old shocked fans when she announced on her Instagram that she'd gotten rid of all her infamous lip fillers. After all, they are partly the reason she's earned a cool $630 million through her successful cosmetics company. However, it looks like the no-filler look might just not be for her.

"I prefer lips that are the perfect complement to ones natural facial features," Pawnta — the registered nurse who did Jenner's injections — told POPSUGAR. "My goal for Kylie was to create a natural lip shape aesthetically pleasing with [something] a little extra. It's all about the placement of the injectable filler, and not the amount of filler."

Speaking to her 116 million followers, Jenner thanked a Beverly Hills-based clinic on her Instagram stories for "coming through late last night with a lip touch up!" This isn't the first she's spoken about her lips recently. Back in August, as a fan asked her "when's the vlog coming?" on Twitter, she explained that it would be based on her "whole lip filler journey," hoping it "comes out soon."

Whatever Jenner chooses, it's what makes someone most comfortable with themselves that matters, and we're glad to see she's being transparent with her followers.

Related:
Kylie Jenner's Fans Are Here For Her Natural Look After She Admits "I Got Rid of All My Filler" 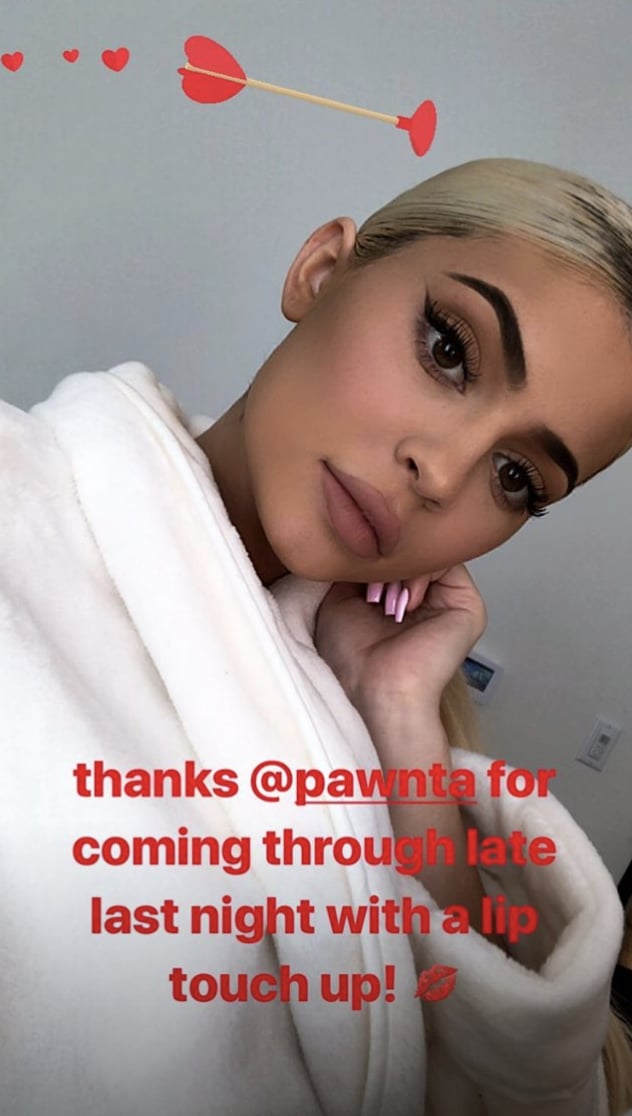