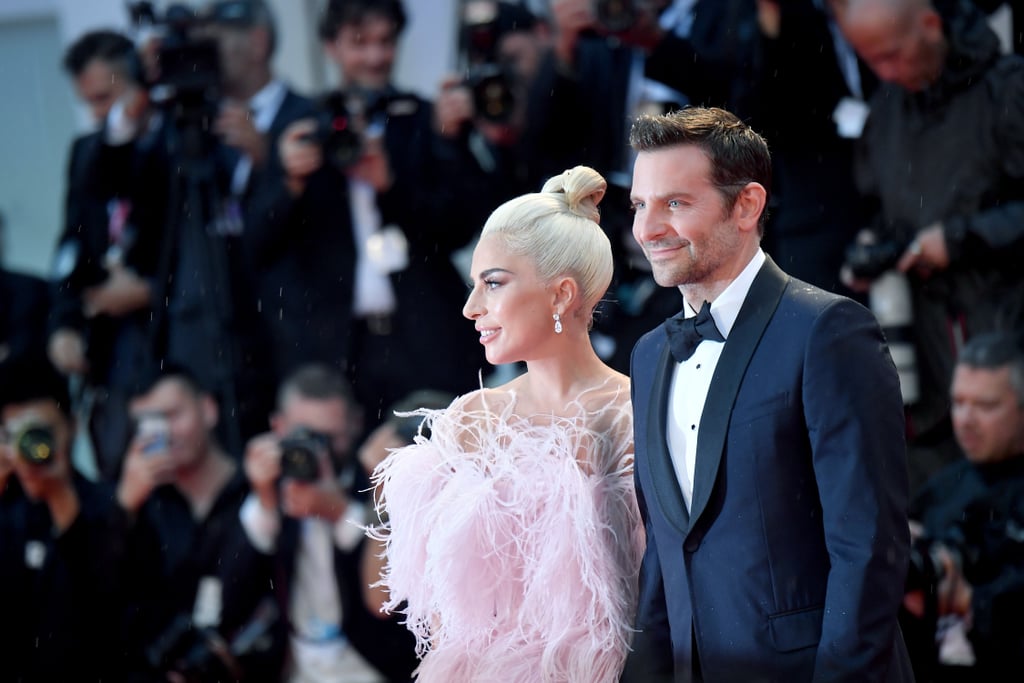 Though it may seem like a film she was destined for, Lady Gaga still had to audition for A Star Is Born. (Beyoncé was originally attached to the project, after all.) Just before the highly anticipated remake premiered at the Venice Film Festival, Gaga recalled her first screen test with Bradley Cooper. Inexplicably, the actor and director greeted her with a makeup wipe.

In an interview with the Los Angeles Times, Gaga said Cooper wanted her to strip away all of her makeup prior to filming the screen test. "Take it off," he reportedly said, adding that he wanted her to be "completely open," with "no artifice." Cooper then proceeded to personally wipe off her concealer, mascara, and lipstick.

If the anecdote is giving you pause, you're not alone. For starters, makeup doesn't necessarily impede an actor's ability to achieve a level of vulnerability. We're fairly certain Gaga would have landed the role with or without a full face of makeup on. Also, it's weird to just abruptly wipe down a woman's face like that.

On the other hand, Gaga found the gesture to be a powerful one. "It put me right in the place I needed to be, because when my character talks about how ugly she feels — that was real," she said. "I'm so insecure. I like to preach, but I don't always practice what I preach."

Following initial rave reviews coming out of its world premiere, A Star Is Born is shaping up to be one of the year's best films. It follows the love story between two musicians, Jackson Maine and Alley, and the varying highs and lows of their careers, which are often not synchronized.

Beauty News
Kehlani on Removing Their Breast Implants: "I Always Felt Like I Was Looking For 'Beauty'"
by Perri Konecky 5 hours ago

Billie Eilish
Is This a Holiday Tradition? Billie Eilish Does the Same Vanity Fair Interview For the Fifth Year in a Row
by Naledi Ushe 5 hours ago

Zendaya
Zendaya's Hair Looks Like a Bob From the Front, but Wait Until You See the Back
by Jessica Harrington 11 hours ago