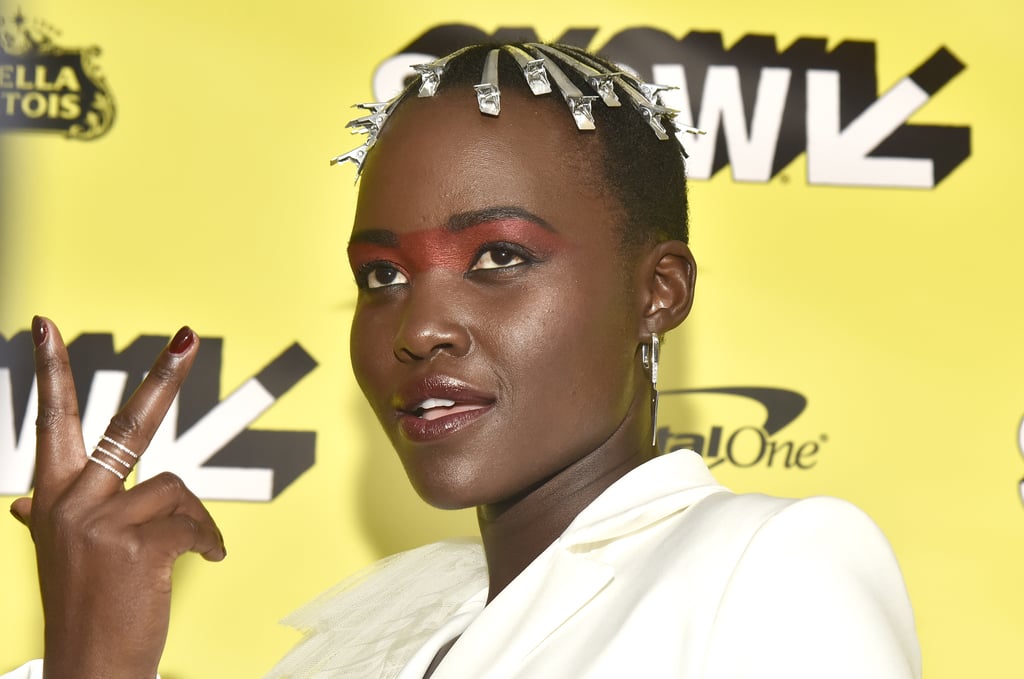 The mystery surrounding Jordan Peele's Us has now crept its way into Lupita Nyong'o's red carpet style. As a star of the film, the 36-year-old actress made an appearance at the movie's SXSW premiere on March 8, and her look was hauntingly brilliant.

Nyong'o, known for her bold beauty decisions, wore sectioning clips throughout her hair. Yep, the ones typically used when you sit in the salon chair. According to Variety, there was a very specific message behind this beauty choice.

"This film is about bringing the darkness to the fore, the things that are hidden out," Nyong'o told Variety. "My hair is inspired by that: the processes that we often hide, making it part of the outside vision."

In addition to the inspiration from the movie, Nyong'o was also modeled after a certain rapper. "It was also inspired by Snoop Doggy Dogg," she added. "An image I love of his."

True to Nyong'o's fashion, the meaning behind her look continued beyond the hair. She also cited '80s disco as an influence for her statement eye shadow, since the decade played an important part in Us. Ahead, see close-up photos of Nyong'o's makeup and hair.

Sophia Bush
Sophia Bush, Hilarie Burton, and Bethany Joy Lenz Have a "One Tree Hill" Reunion on the Red Carpet
by Yerin Kim 5 hours ago

by Chandler Plante 29 minutes ago

by Chandler Plante 44 minutes ago