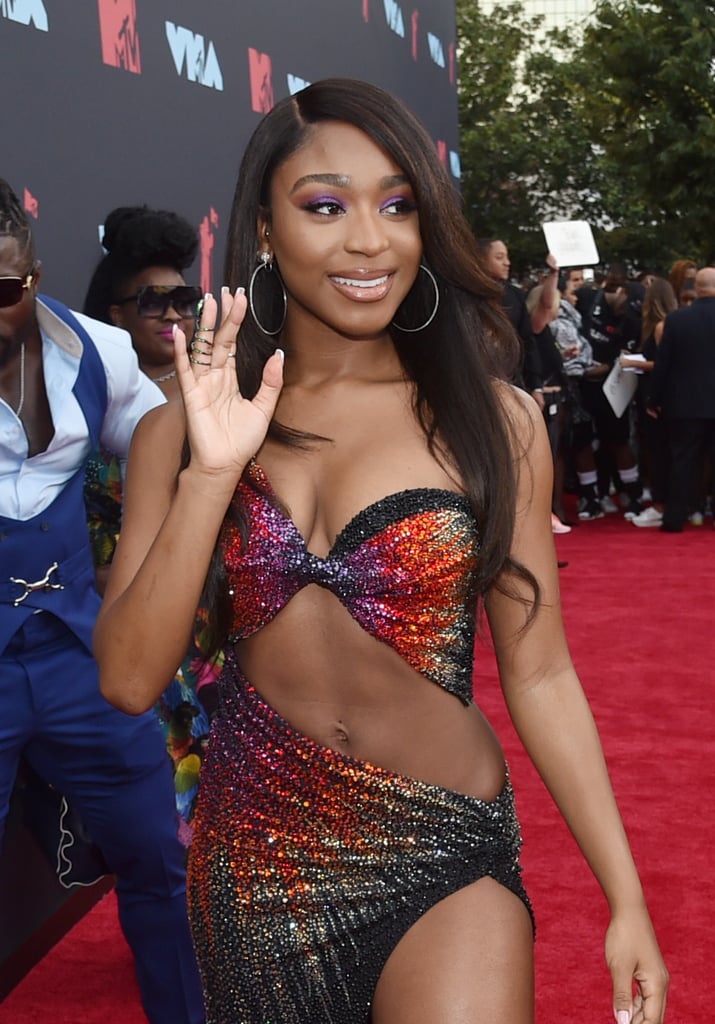 Normani just brought the french manicure trend — which has been hugely popular this Summer — to the 2019 MTV Video Music Awards. The singer showed out on the red carpet with a traditional version of the look: nails with a pink base and off-white tips. She wore the manicure with a square shape.

The nail trend — which was at the height of its popularity in the '90s and early 2000s — has been experiencing a resurgence, with A-listers like Khloé Kardashian, Hailey Baldwin, and Bella Hadid putting their 2019 spin on the trend. Normani's decision to wear its traditional iteration might be influenced by her nostalgic "Motivation" music video (which is filled with references to the decade), or perhaps it's just her great taste.

Normani's french nails might just motivate you to try out the look yourself. Check it out, ahead.