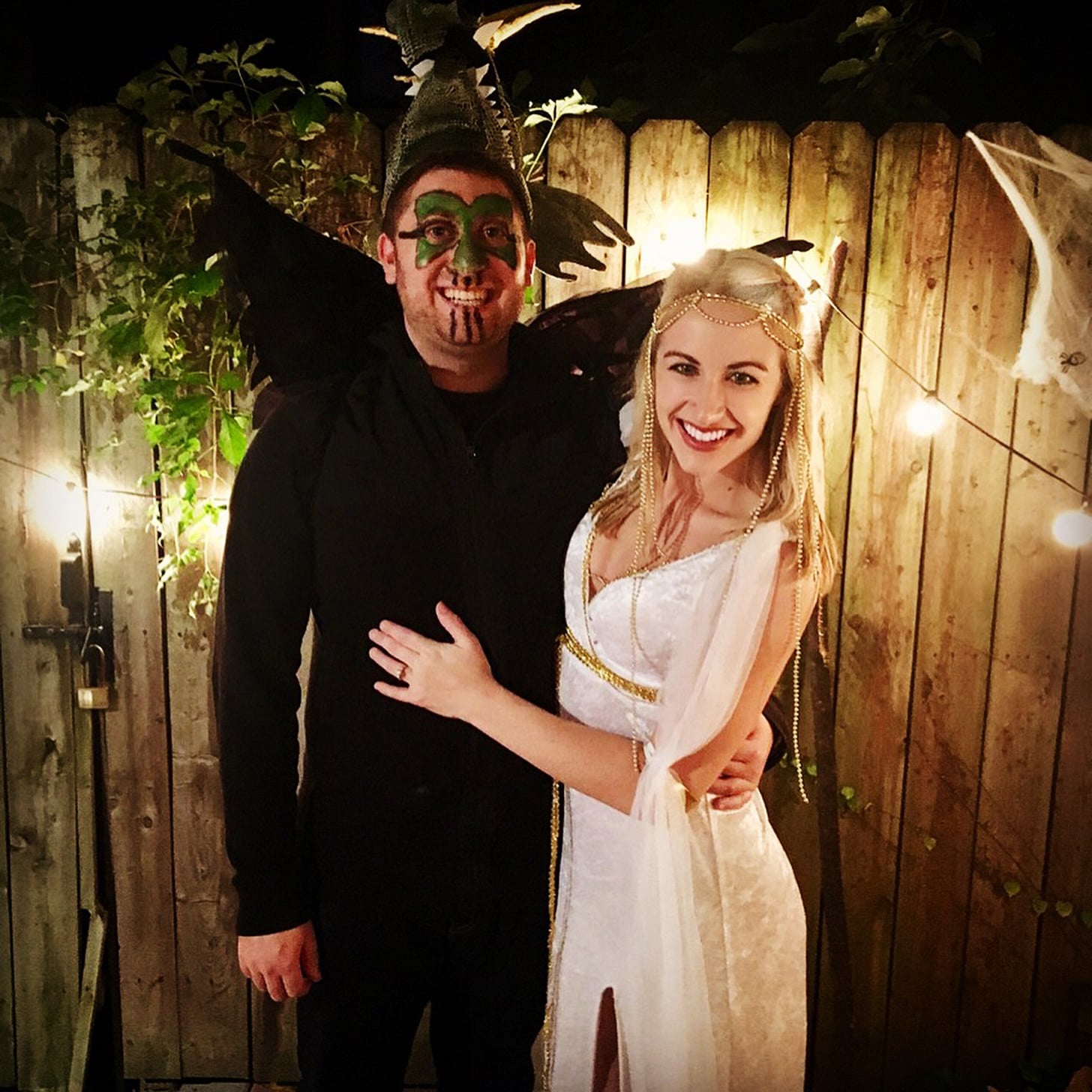 I was late to the Game of Thrones party. I was so late that I had to binge watch six seasons in three weeks to catch up before the season seven premiere. And watching all of that GoT in so little time got me dangerously hooked — it was all I could talk about, all I could think about. When Halloween rolled around, I had no doubt about who I wanted to be: Daenerys Stormborn of the House Targaryen, First of Her Name, the Unburnt, Queen of the Andals and the First Men, Khaleesi of the — well, you get it.

I could have bought a wig. I thought about buying some platinum color spray that would wash out the next day. But when I was perusing the aisles of the drugstore, I decided that I wanted to fully commit: I would bleach my dirty blond hair Khaleesi white.

I had an ulterior motive — I've always wanted to go platinum, but with my thick, dark eyebrows, I wasn't sure I could pull it off. There was the matter of upkeep, too, and that wouldn't be cheap. The temporality of the costume gave me both a motive and an excuse. I did it because Halloween. And if it looked bad, blame Halloween. I eyed the smug model on the box with her long, flaxen waves. You better not be playing me, I thought.

Related:
Everything You'll Ever Need to Know About Going Platinum Blond

I'd never done a home dye before, so I read the instructions meticulously before I strapped on my plastic gloves and got to work mixing and applying. I let the formula sit in my hair while my fiancé and I watched Netflix. He kept shooting me nervous glances. "How long are you supposed to keep that stuff in your hair?" he kept asking. I assured him that it was fine, that I knew what I was doing, that there was nothing to worry about it. Then, when my timer went off, I returned to the bathroom to rinse.

I don't think I need to tell you it looked bad. It looked worse than bad — it looked orange, Chuckie Finster orange. I shrieked. I immediately saturated my scalp with another layer of dye. I waited. I rinsed. This time, layers of orange and yellow appeared like a Rothko painting. I applied another layer to my roots, which were still ruddy brown in comparison to the rest. It burned. The result: a thick, stiff mess of cornflower yellow that I could barely coax into a ponytail, much less get a brush through. I was so distraught that my fiancé couldn't even get much pleasure from his "I told you so."

I made my hair work for my costume with an entire bottle of silver hair spray, but that didn't quite compensate for the three subsequent months I spent with crayon yellow hair. After trying several different purple toning shampoos and unsuccessfully trying to convince myself that it had faded into a more agreeable shade of blond (it hadn't), I got myself to a salon, ready to face the music. "What in the world did you do to yourself?" the stylist asked.

She didn't have to tell me not to try a home bleach again; we both knew I wouldn't. It only took a few hours to transform my hair shade into a nice, far more natural-looking strawberry blond, but I only have to look at a picture from my butchered self dye attempt to remind myself why I will always leave my hair to the professionals.