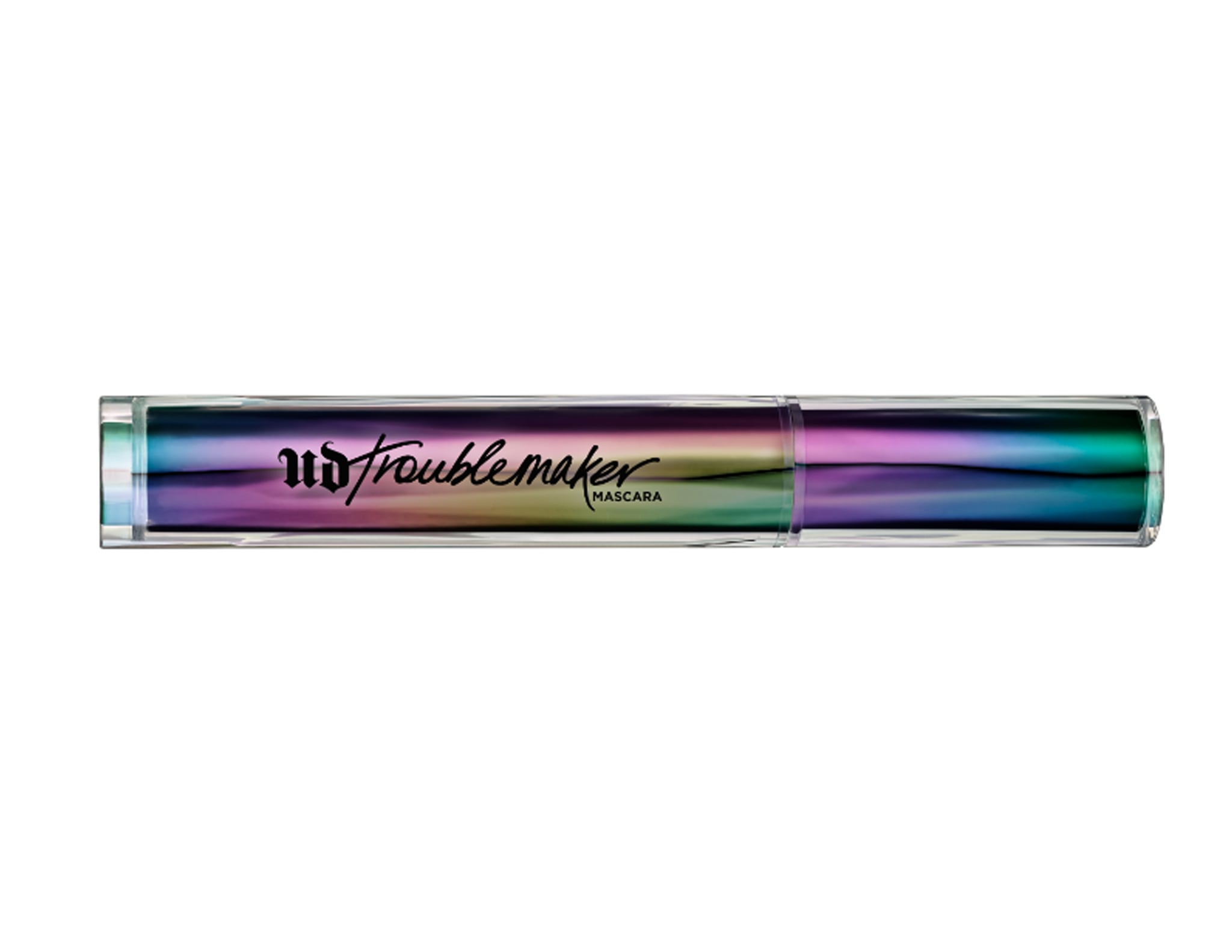 Of course, Urban Decay's Troublemaker Mascara, which comes in packaging that describes the product as "sex-proof," would reach my desk the exact week I broke up with my boyfriend. According to Urban Decay, "We tested it ourselves, and it lasted through saunas, snowboarding and sex!" I wanted to test the latter end of that claim out for myself, but with no boo thing to hit up and negative desire to re-download Tinder, I wasn't sure how I was going to. (The only thing I've screwed in the past few days is my willpower to not text my ex).

But just as my angry single self was about to banish the tube to POPSUGAR's beauty closet, I remembered Wende Zomnir's July 4 selfie, where she rocked the mascara and looked like a fricking mermaid surfer goddess. If anything could cure my mean reds, it would be this pink-and-green holographic tube.

The first thing I noticed when I opened my early sample (Troublemaker won't be released until September) was the length of its wand. I have pretty big lids (more than one person has dubbed me "Anime Eyes"), so with some applicators, it's hard for me to cover all most of my lashes without straining my hand. However, Troublemaker did a really good job of fanning out my lids, which I felt really opened my peepers even more.

As a neurotic coffee addict, my hands are so shaky they could probably win World of Dance. For that reason, I often end up poking myself in the eye with my mascara, which of course results in a clumpy black mess all over my upper face. For some reason, when my hand slipped last night, Troublemaker didn't smudge. I just picked it back up and kept right on applying. Clumsy girls, jump on this sh*t.

I also noticed zero clump, which gave me the confidence to apply a little bit to my under-eye. I did this for two reasons: the silicone wand itself is pretty skinny, so it can fit in those cramped spots. But the applicator still has a natural heft, so even though it's thin, it swipes on a lush, clump-free black lash. If you take a look at the picture below (please excuse my brows), you can see my bare right eye compared to my Troublemaker-wearing left one.

After I applied Troublemaker, I left the office for the evening. For my first test of the product, I went to a pedicure at a spa that I know can be a little stingy with its AC. Whenever I go to that salon, I sweat my tuchus off, because it presents no relief from New York's relentless humidity. On top of that, I was also scrolling through my newsfeed and got really excited when I learned that Emma Stone and Andrew Garfield might be back together. Needless to say, ya girl got a little clammy. OK, it was more than just a little. Actually, I went through one of those really raunchy perspiration sessions where I could literally feel my makeup dripping off (cute!), but Troublemaker stayed put.

As I headed home, my Spotify shuffle started to play Beyoncé's "Single Ladies," and I got sad because now I have to put my hands up. To snap out of it, I decided to go on a run. After around eight miles from Manhattan into Brooklyn, the damn stuff was still on. I noticed a microscopic bit of sweat-induced smudging below the lash, but that went away with a quick swipe of my fingers. (The good stuff, however, stayed.)

A press release for Troublemaker said the mascara gives you lashes that "are so good, it should be illegal" and warned that "It will be hard to stay out of trouble" when you wear it. I'm a fairly law-abiding citizen, and my only brush with illegality came from stealing The Story of Ferdinand from my library when I was 8 years old. So the closest I got to committing a vicious felony while wearing the mascara was hacking into my ex's Netflix to watch my favorite parts of Titanic. While I consider that movie a masterpiece, I have always wondered why Rose's makeup was still on point after that steamy car scene with Jack. It should have melted all off, right? But now I know her secret: she had a badass mascara. Finally, so do I!

Speaking of steamy, it was finally time for me to sex-test Troublemaker . . . with myself. To set the mood (and to make my room as humid as possible), I lit some candles, turned off my AC, and put on the Prince-heavy Spotify playlist I named "The Passion Pretzel." We're all adults, so for the most part, I won't tell you what happened next. What I will tell you is that, yes, unlike Marvin Gaye, Troublemaker is immune to getting it on. So my "me time" left me satisfied on both a personal and cosmetic level.

Once all of my (very scientific) testing was finished, I decided it was time to finally remove Troublemaker. That's when I found out that we can add another "-proof" to the mascara's packaging: it's even resistant to wipes! That freaked me out just a wee bit, as I like to be the boss of when my makeup comes off. Even a day after first trying Troublemaker and scrubbing the heck out of my face, I can still feel a little bit of product. Is it possible to have a mascara that's too long-lasting? Troublemaker might be it. You'll have the chance to try it out for yourself when Troublemaker ($24) drops on Sept. 5 — just in time for a Fall fling. 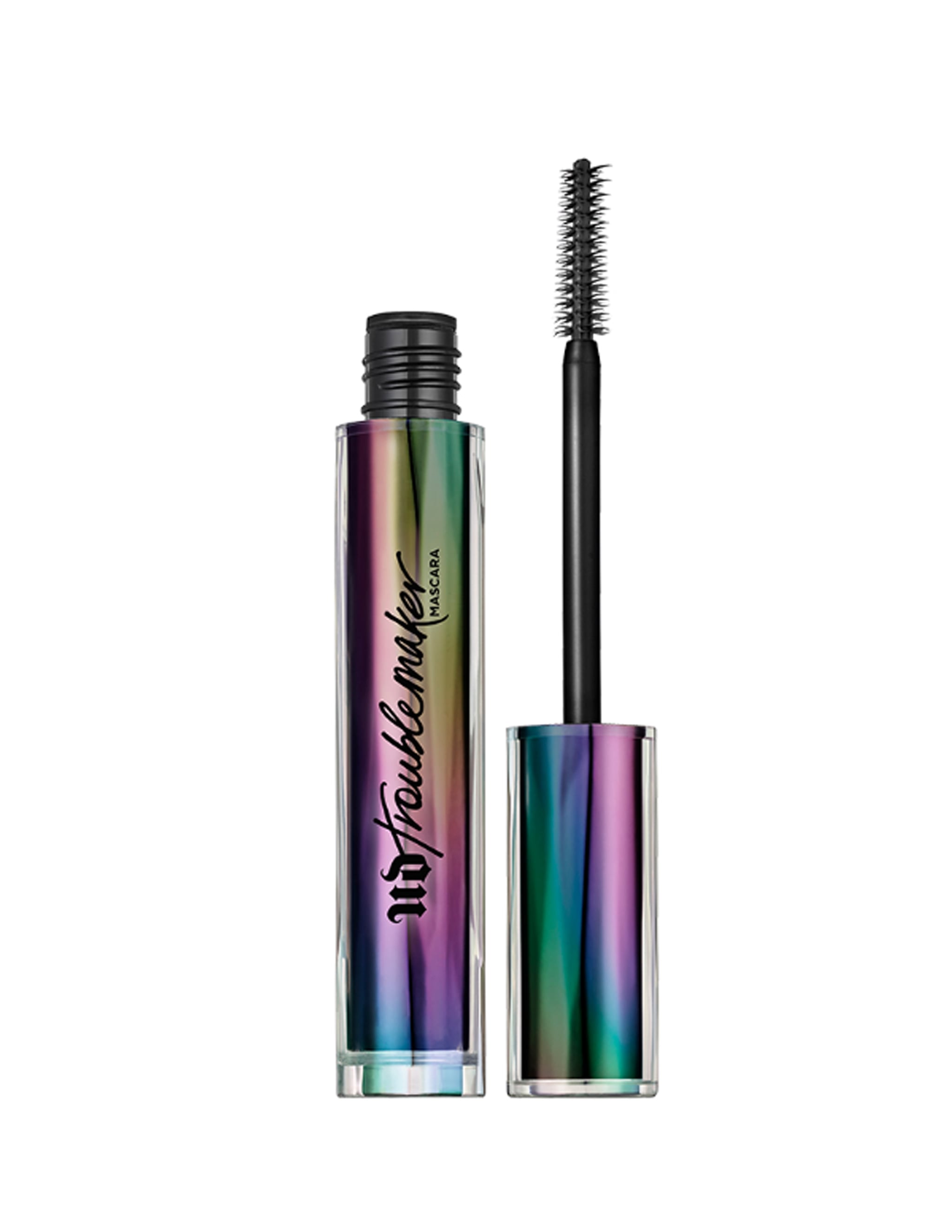