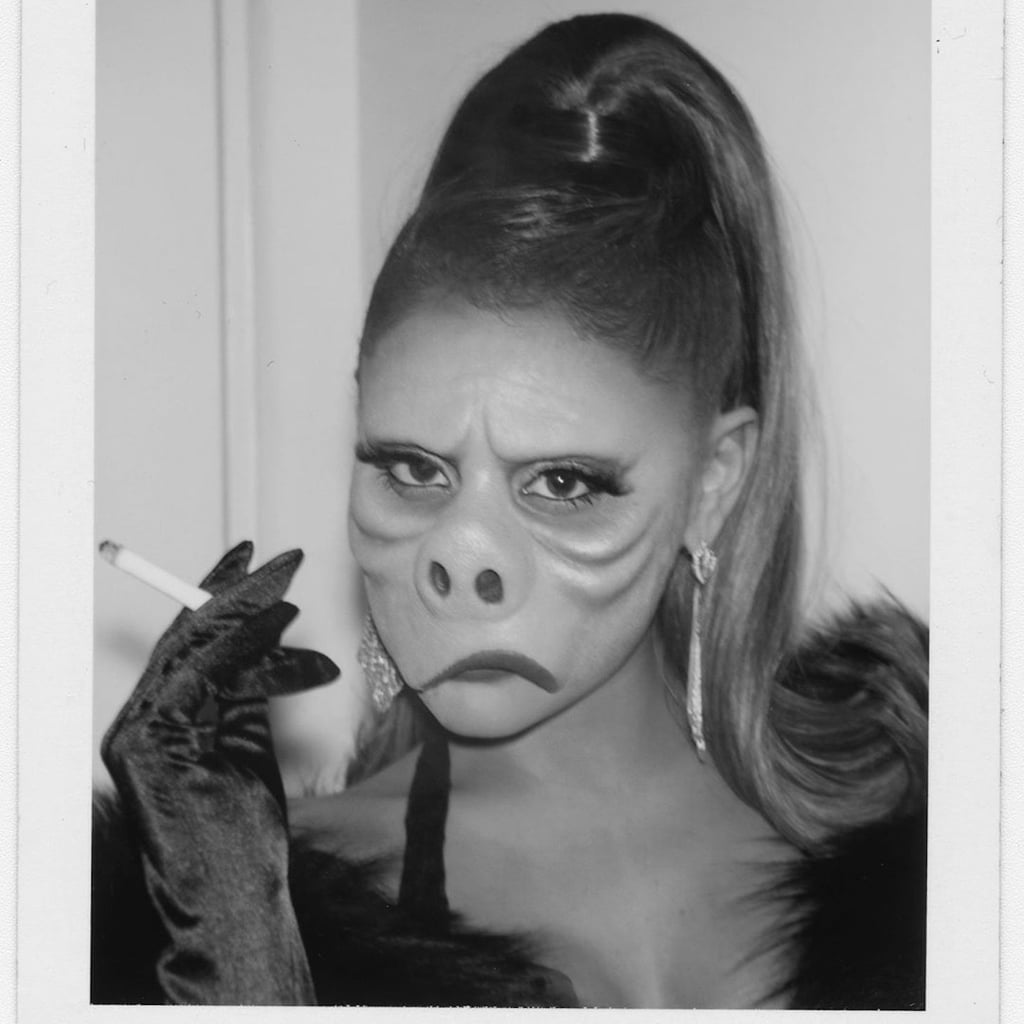 Ariana Grande abandoned her go-to cat eye and lip gloss for a Halloween costume that's a different kind of beautiful. The singer has been posting on Instagram and Twitter about '60s CBS anthology series The Twilight Zone for the past few days, even mentioning on Twitter than she was enjoying watching so much that she abandoned all her other costume ideas in favor of one inspired by the show.

Grande posted images of her Halloween beauty look on Instagram, which included prosthetics that gave her a heavy brow bone, turned-up nose, and uneven mouth. She credited special effects artist Julie Hassett with the impressive makeup. The costume references an episode of the show entitled "Eye of the Beholder."

For anyone unfamiliar, the episode opens with a woman named Janet Tyler, who is undergoing her 11th plastic surgery treatment, the maximum number allowed by law. She's still wrapped up in bandages and hopes that this final procedure has been a success and that she'll finally be beautiful. After urging nurses to unwrap her early, she feels her face and realizes that the treatment didn't work and she looks the same as before. Tyler is conventionally beautiful but is very panicked to learn she looks the same. The doctors and nurses then step into the light and are "ugly" by conventional standards, with faces like Grande's costume. Tyler is dismayed that she doesn't look like them and learns she has to go live in a community of "ugly" people as a handsome man comes to escort her.

Grande captioned her most recent Instagram photo "final procedure was a success," indicating that her costume is what she'd look like if she underwent the treatment. Check out Grande's stellar costume and special effects makeup, ahead.