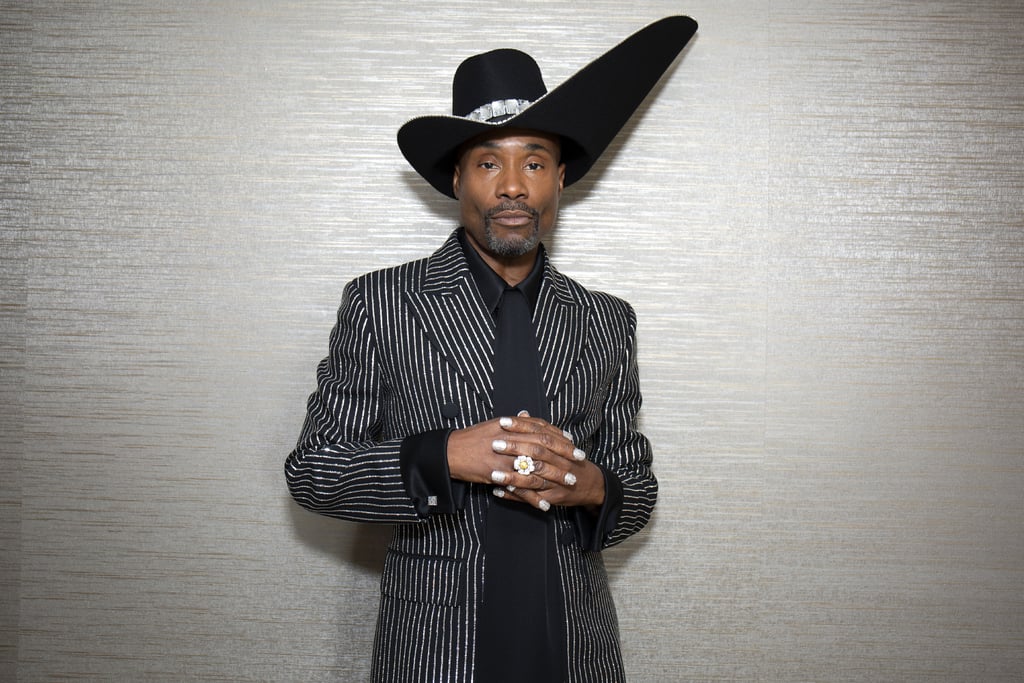 When Billy Porter arrived at the 2019 Emmy Awards, you may have been immediately struck by his crystal-embroidered Michael Kors pantsuit and the giant, western-like hat that he wore with it. But if you looked a little bit closer, you may have also noticed that the Pose actor added even more drama to his look by finishing it off with a crystal manicure — because there's no such thing as too much bling.

Porter pulled off the look with a little help from celebrity nail artist, Vanessa Sanchez McCullough, who used CND nail polish in Silver Chrome ($11) on the actor's nails before decking his fingertips out in Swarovski crystals. According to The Hollywood Reporter, Porter was wearing 130,000 crystals and $50,000 worth of diamonds on Sunday night. For someone who just made history as the first openly gay, black actor to win the Emmy for outstanding actor in a drama, it was only fitting that he hit the red carpet with a look that's just as scene-stealing as his character is on Pose. Read ahead to see a few close-up photos of Porter's manicure.