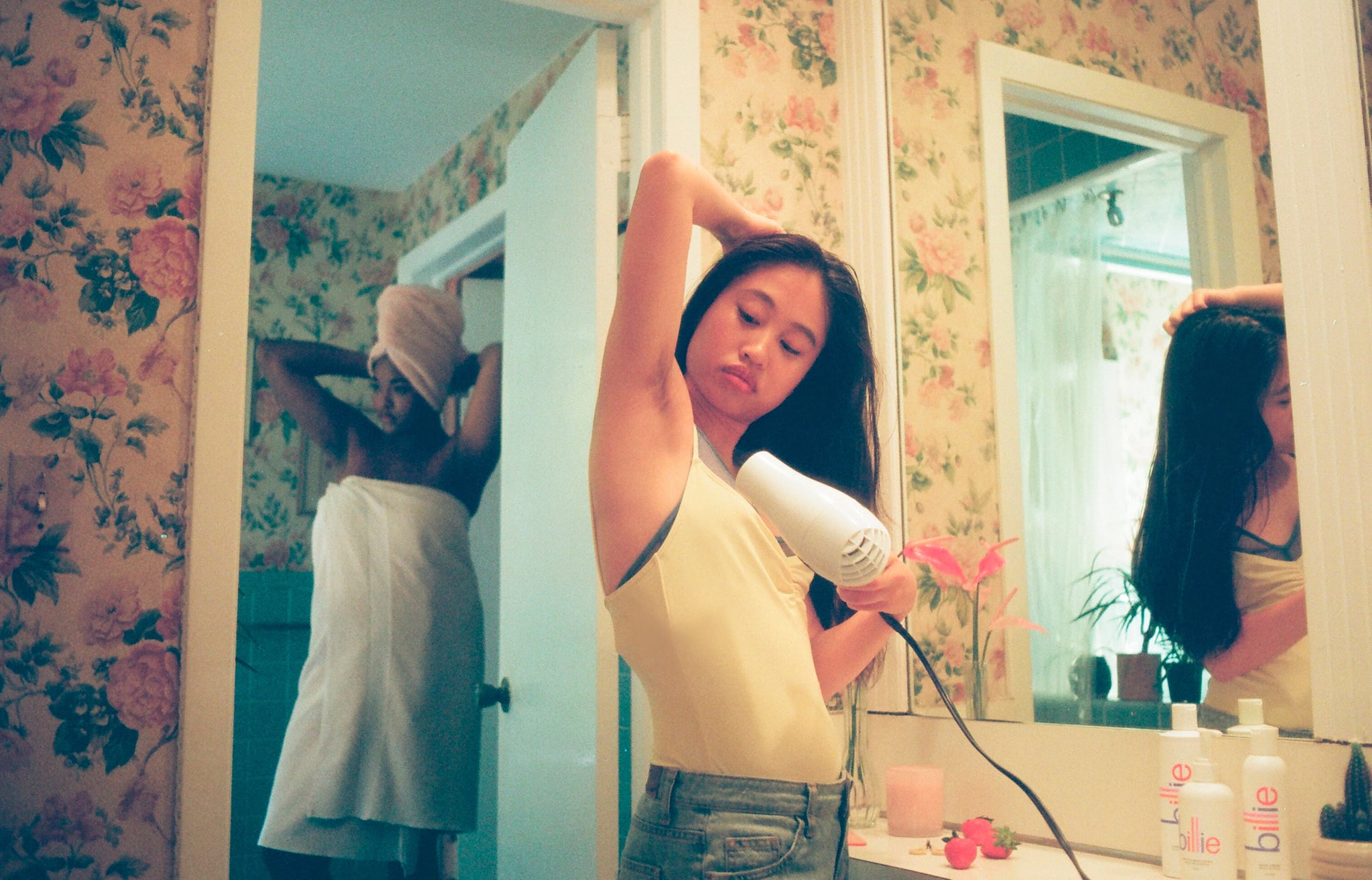 As I stood in the shower with the water running down my freshly shaved legs, it finally hit me: if there was ever a time to stop worrying about removing my body hair, the wintertime in the middle of the pandemic might be it. Although the timing seemed right, the idea was a little out of my comfort zone considering I had been shaving since the eighth grade. If it were up to me, I would've started earlier, but my mom made me wait until I was 14. She has very light body hair — a big contrast to mine, which grows out thick and dark — so she didn't understand why I was in such a rush.

My relationship with my body hair has always been a complicated one. I didn't just wake up one morning and decide I was "too hairy" — it had been deeply ingrained in me for years. From a young age, I heard jokes from family members about the hair on my legs. In middle school, I was bullied for having a mustache and thick eyebrows. In my first year of college, a guy I dated told his friends at a party that I was hairy after ghosting me. Every time, the humiliation cut deeper.

Once I began shaving, waxing, and threading the parts of me that brought me shame, I felt myself become less of a target. It didn't make me feel beautiful; it made me feel safe. I traded in the snarky comments for razor burns, cuts, and irritated skin because the words hurt more. Removing my body hair had always been a chore, but I saw it as the price I had to pay to be seen as "feminine" enough.

Pointing out my body hair before others did became a defense mechanism. I'd catch myself making jokes about my prickly legs if I hadn't shaved, believing that if I could beat them to the punch, it would reduce the shame. I'd apologize to the guys I dated if I hadn't shaved, as if it was something I owed them. Even after the bullying stopped, the self-shaming remained.

I'm aware now that I wasn't removing the hair for me. I was doing it out of the pressure to be seen as acceptable according to Eurocentric beauty standards. Being aware of it doesn't get rid of the burden, but upon reflection, I realized I didn't have to continue living this way. So I stopped.

Since that moment in the shower, I've let my body hair grow out to lengths I hadn't allowed in the past, and I stopped apologizing for it. I wish I could say it was liberating and that I'll never go back, but that's not the truth. Giving myself permission to be hairy was and still is out of my comfort zone. I haven't built up the courage to go out in public with my bare legs, and no one has seen my underarm hair at its full potential, but I've realized that nothing terrible happens if I just let it be.

This decision was also possible thanks to the people out there redefining unrealistic beauty standards. When I see NYC-based artist Mónica Hernández embracing her body hair, it makes me feel less alone and like I can do it, too. She reminds me that I don't have to apologize for what I look like, and what I do with my hair is completely up to me.

Besides, being hairy comes with its perks. I've got a set of eyebrows I'm obsessed with and eyelashes that are so thick, I can skip falsies. Stylists at the salon always comment on how lucky I am to have so much hair — and the truth is, I do feel lucky.

There's no "right" way to handle body hair. Some choose to grow it out completely, and others remove it all; I've decided I fall somewhere in between. I choose what hair I remove and what I don't. I still shave, wax, and pluck sometimes, but now I do it on my own terms. The choice is mine because this body is mine. After years of hating this part of me, I have a lot of unlearning to do, but I'm glad I've made it this far.