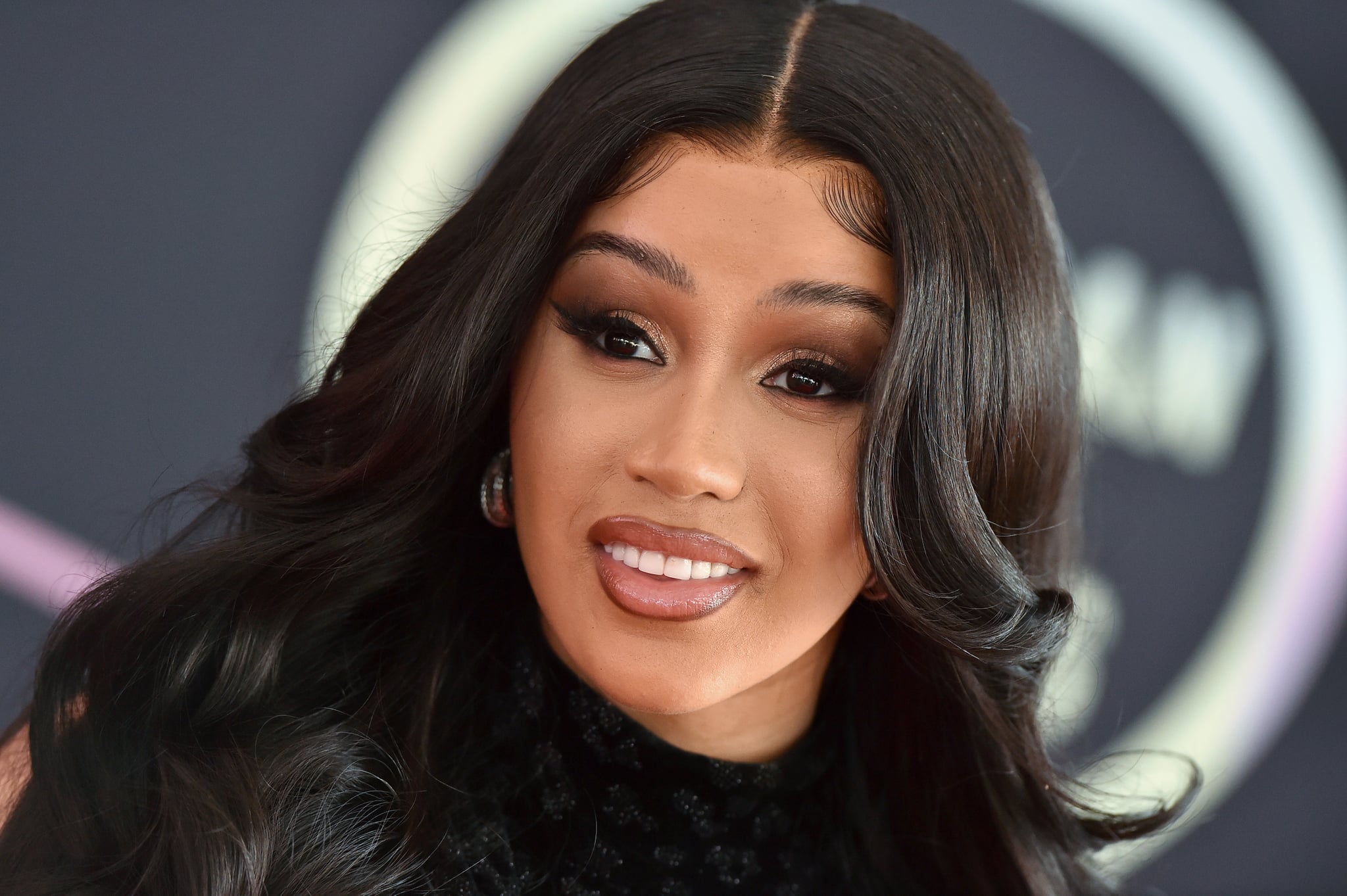 Cardi B has never been shy about the plastic-surgery procedures she's undergone. In the past, she's talked at length about getting a Brazilian butt lift and later regretting it, and recently, on a new episode of Revolt's "The Jason Lee Show," the rapper got candid about her nose job — and in a bit of a random twist, Kim Kardashian is involved.

Cardi B started by explaining her reasoning behind the various procedures she's had done, clarifying that none of them had come from a place of disliking herself. "If I wanna correct something, if I wanna do a little something-something. . . I'm gonna do it," she told the show's host, Jason Lee. Then she went into more detail on her decision to get a nose job.

"I always felt like I had a big nose," Cardi B said. She considered getting it done long before being in the spotlight, but in 2018, she was advised by a few friends to try an alternative solution: nose filler (often referred to as a "liquid nose job").

"I did fillers on my nose in 2019. And that sh*t f*cked my nose up," she said. Lee then pointed out that dermal filler is typically used to add volume to the face, such as under the eyes and in the lips, and Cardi B confessed to not fully understanding how it worked.

It's worth noting that dermal fillers dissolve after about six to 12 months, which would have returned Cardi B's nose back to its natural state. By that time, in 2020, Cardi B said, she decided to get a rhinoplasty from a plastic surgeon recommended by Kardashian. "I remember the time we were at Kris [Jenner]'s house and Kim gave you a list of people you could call to get help," Lee said. Cardi B responded: "I called a couple of people that she gave me."

The pair concluded that portion of the interview by agreeing that Cardi B shouldn't get anything else done and is now, in her words, perfect.

Watch the full conversation at the 3:20 mark below.