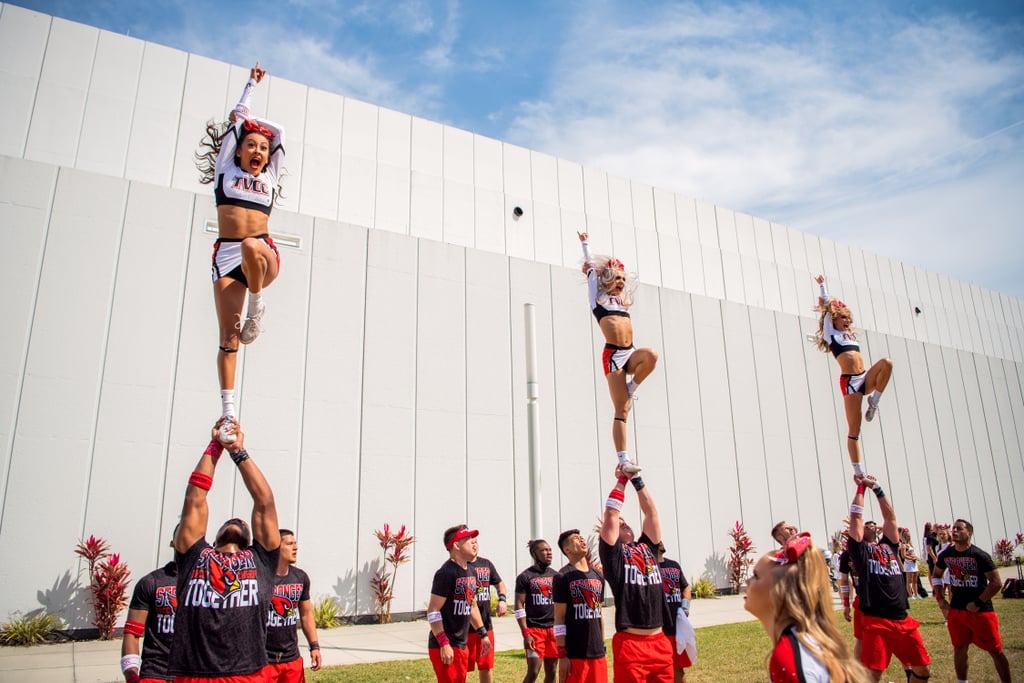 The Navarro Cheer team prepare all year for their shot at the national championship at Dayton. The Netflix original docuseries "Cheer" shows just about everything that goes into the prep work — long hours practicing, early-morning call times, blood, sweat, tears, and so on. The only thing they don't show is the extensive beauty prep that goes into getting competition-ready, but that also requires a huge amount of time and effort.

Before the team can step onto the mat at Daytona, there are a few things — approximately two hours' worth of things, actually — that they have to do to get the "Navarro look," as they like to call it. "When we are competing, there is a whole routine that I do," Morgan Simianer, Narravo's flyer/tumbler, tells POPSUGAR.

Keep reading to find out exactly what Simianer uses in her beauty routine for competitions.

The Secret to the Navarro Hairstyle

As mentioned in season two, the Navarro hairstyle is an iconic symbol of the prestigious team. It involves big, teased curls styled in a half-up, half-down look with the signature poof in the front. "It's something that Navarro has done for a while," Simianer says. "For me, it became a superstition when I was still cheering to make sure my hair was perfect and I felt right."

The hairstyle itself predates any of the team members featured on Netflix's series, and Simianer says it was just "something that we always did."