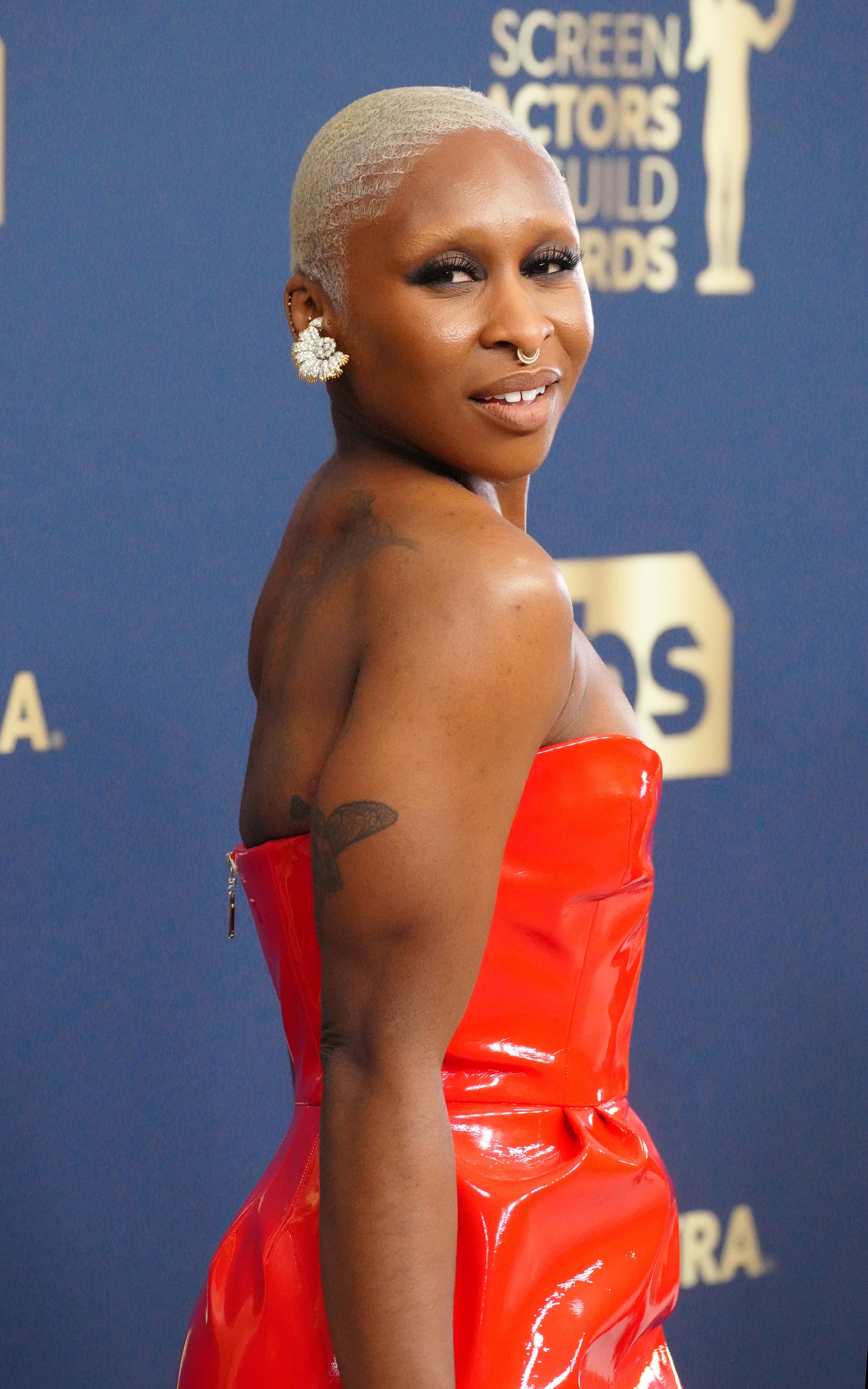 If you thought last year's People's Choice Awards was the gold standard for french manicures, this year's Screen Actors Guild Awards is giving it a run for its money. Exhibit A: Cynthia Erivo, who showed up to the red carpet with her classic platinum buzz cut, bleached brows, and sultry smoky eyes, but it was her intricate red french manicure that stole the show.

Joining other stars like Laverne Cox and Ariana DeBose who also donned a french manicure for the event, Erivo's version of trend sees her nails in her signature long stiletto shape and features a ruby red color that matches her dress (and jewelry) to the letter. The manicure is taken up a notch with the addition of small dots going down the side of each finger, as well as the smile lines varying in thickness on alternating fingers.

Erivo, who has never been one to shy away from an intricate nail moment, wore a deep-blue french manicure to the 2020 Oscars and is sure to continue turning heads during this award season, so we can't wait to see what other moments she serves us throughout the next few weeks. Take a closer look at Erivo's manicure here. 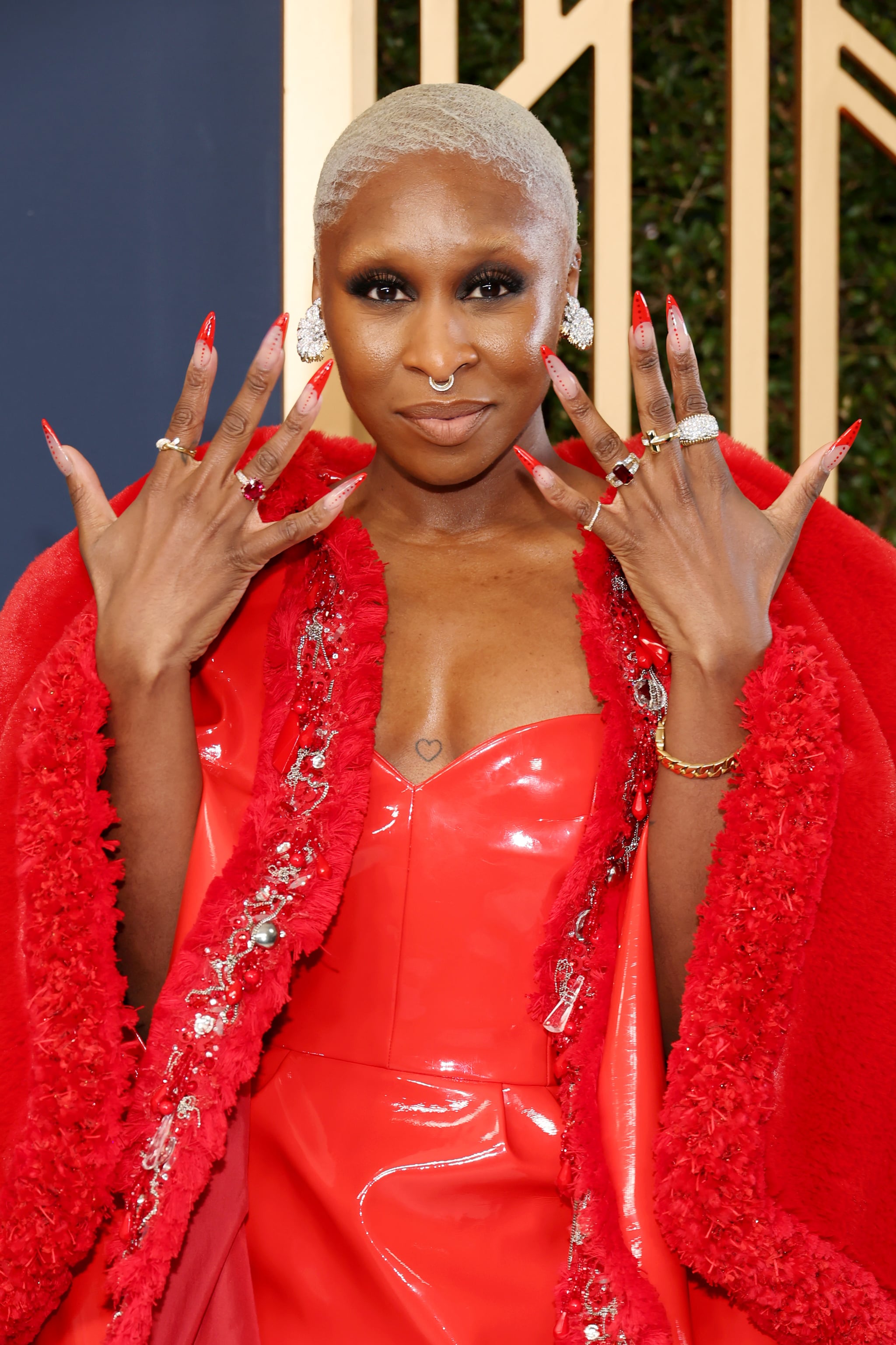