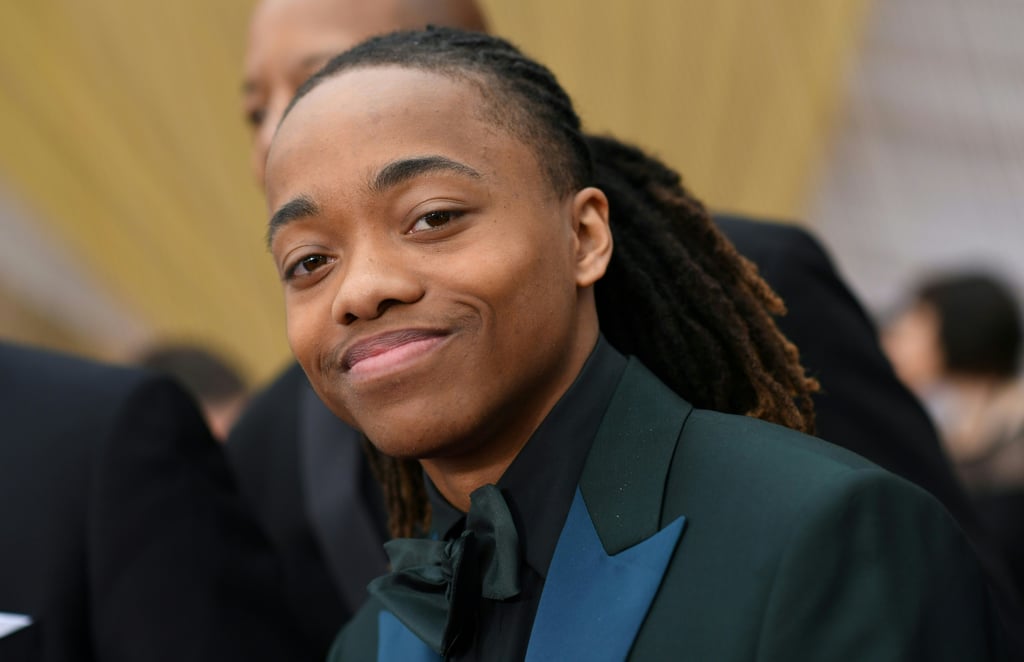 The last month has been a pretty big one for Texas high school student Deandre Arnold. The teenager made headlines everywhere in recent weeks after his story about having to withdraw from school because of his dreadlocks went viral, but now his story is getting a seemingly happier ending. After receiving an outpouring of support from celebrities like Gabrielle Union and Dwyane Wade on social media, Arnold made an appearance at the Academy Awards on Sunday night as the special guest of filmmaker Matthew A. Cherry.

Cherry won the award for best animated short for his short film, Hair Love, and he invited Arnold to be his guest to the ceremony in a tweet posted on Jan. 31. "Since Deandre Arnold's school didn't want to let him walk at his graduation because of his hair we figured that he should walk with us on the red carpet at the #Oscars as our special guest," he said in the video. Hair Love tells the story of a young black father learning how to do his daughter's hair for the first time, so it's easy to understand why Cherry felt so connected Arnold's story.

Check out a few photos of Arnold's night at the Oscars ahead.

Celebrity Homes
Come On In! These Are the Best Celebrity Home Backgrounds From the Golden Globes
by Lauren Harano 2 days ago

Celebrity Couples
No, Jodie Foster Did Not Set Up Shailene Woodley and Aaron Rodgers
by Grayson Gilcrease 3 days ago

Viola Davis
Viola Davis Came For the Best-Dressed Award in Her Golden Globes Gown, and She Can Have It
by Chanel Vargas 3 days ago