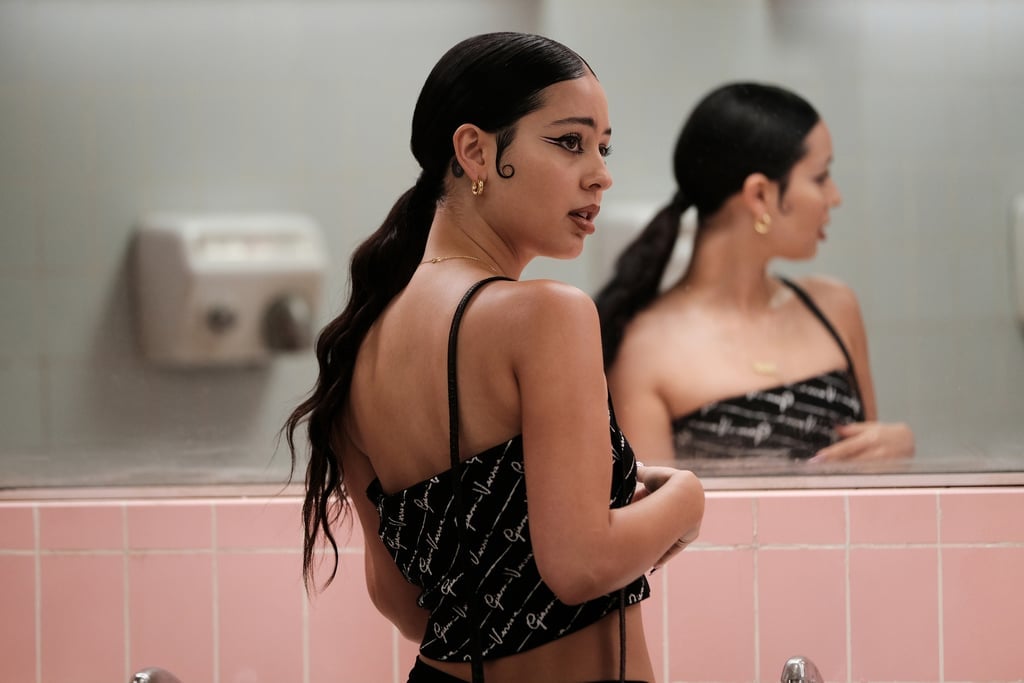 A lot of what you see on the HBO Max show "Euphoria" is joltingly realistic — like how American high school students are struggling, teenage friendships are nuanced, and family dynamics are complicated — but not everything about the series is believable. Take, for instance, the way Maddy and Cassie dress for class. At the high school where I live, the dress code prohibits almost everything we see on the series, like midriff-baring tops and low-cut dresses. Another aspect that in no way rings true for many high school students is how much time they spend on their makeup and hair before class.

In episode three of season two, specifically, Cassie (played by Sydney Sweeney) by her own admission wakes up "three hours" before school to jade roll, finagle a perfectly coiffed hairstyle, and meticulously apply graphic eyeliner — multiple days in a row. She says the ritual feels soothing, and I'll admit the results look great. But I can't be the only one thinking, "There's no way people would actually do this, right?"

Considering that most high schools in the US start first period at 8 a.m. sharp, that means people would have to wake up in the wee hours of the morning to do it all in time for class, cutting down on sleep that's essential for developing teenagers. (Especially if they are out partying until late like you see depicted in so many episodes.)

Let's also consider how intricate some of the cast's makeup is season after season. Jules is known to wear eye gems to class. Kat makes bold manicure and lipstick choices most school days. And who could forget Maddy's chain eyeliner? Each character goes all out with their glam — and that is a testament to the skill of the show's makeup artist Doniella Davy — but it does make you wonder what time they would have had to get up in the morning to pull it off.

My daughter is off to high school next year, and I know some of her peers are emulating these time-intensive looks they see on TV shows like "Euphoria," but I worry about how much she already has on her plate. The bus picks her up at 6:35 a.m. (you read that right), and she wakes up at 5:50 a.m., which is early enough. Students are already under so much pressure these days to look a certain way without feeling like they need to set their alarms just to perfect their eyeliner wing.

I know teenagers have always and will continue to care (a lot) about their appearance. It's a tale as old as time. But a 20-minute morning routine is one thing, and three hours is another. Jade rolling is a great act of self-care on the weekends. There's no need to pretend high schoolers should find time for a full-blown spa treatment before first period.