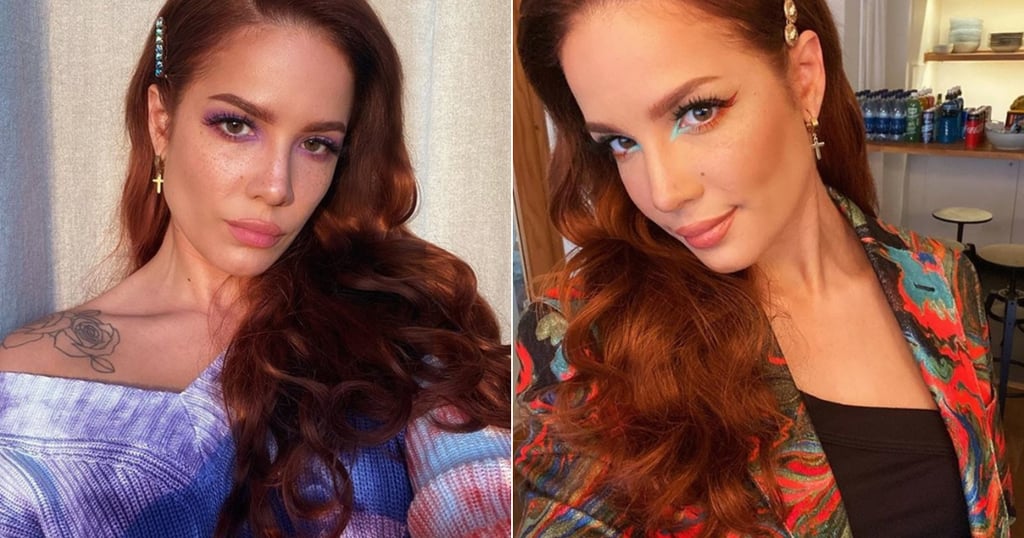 Halsey's Latest Hair Color Was a Year in the Making, and It Was Worth the Wait

There's not one hairstyle that doesn't suit Halsey, and we'd bet money on it. She's tried rainbow bangs, a rose gold pixie, and the shag cut, but her latest experiment might just top them all: copper hair.

Ever on-trend, Halsey tried (and totally nailed) one of the buzziest hues of the season, which is a slightly less vibrant version of the ginger beer hair color. She posted a photo of the new hue on her Instagram with the caption, "been wanting to go this color since I was Poison Ivy last year. 1 year later and it's time! 🍁🍂," which she then debuted at the MTV EMAs. It was definitely worth the wait.

Hairstylist Martin-Christopher Harper took the singer to a fiery-yet-supernatural-looking copper hue at the end of October. Taking this approach, rather than experimenting with a striking red hue (which, by the way, also suits Halsey), ensured that it perfectly matched both her skin tone and eye color.

Now, it's not totally clear whether she dyed her actual hair or was just trying out the style with a wig, but judging by her tweet announcing the new shade, it seems she may have taken the plunge for real, then added some extensions for extra length.

Ahead, get a closer look at Halsey's ginger beer hair, then consider booking that appointment with your colorist after all to try the hue for yourself.