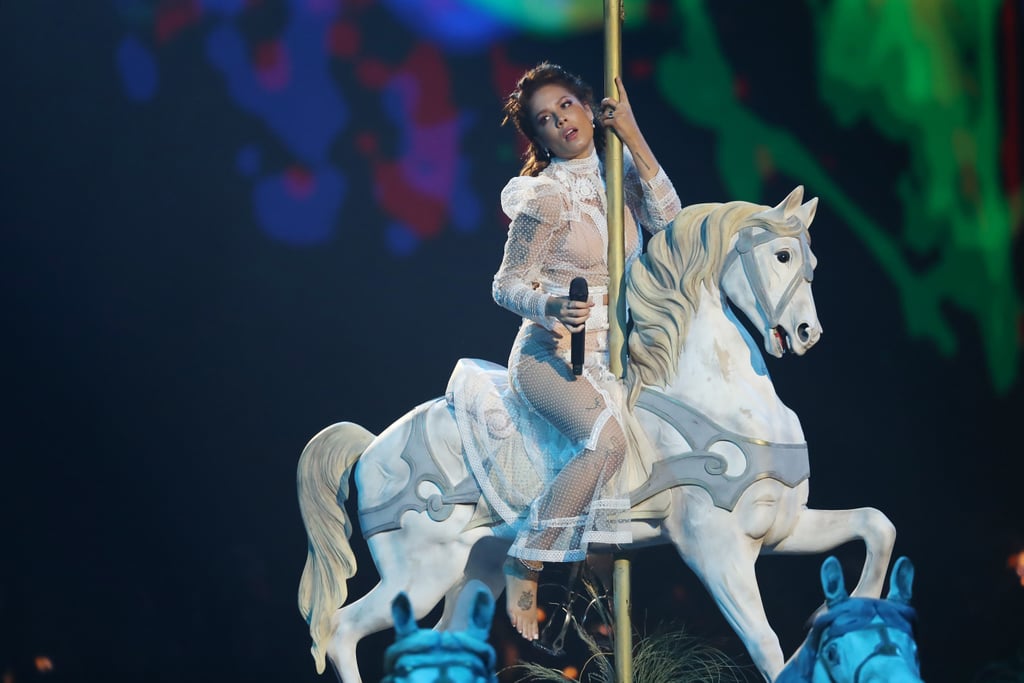 Halsey gave a fiery performance as she sang "Graveyard" during the MTV EMAs on Sunday night. The 25-year-old singer was a vision in white as she performed her new single for the excited crowd in Seville, Spain. Despite having an endometriosis flare-up earlier that day, Halsey gave her all as she belted out the lyrics and danced around the stage. Toward the end of her performance, the dreamy Alice in Wonderland-esque stage eventually burst into flames as Halsey took a deep breath.

The MTV EMAs were certainly a big night for Halsey. In addition to her performance, the singer also took home several big awards including best pop singer. During her speech, Halsey made sure to give a shout-out to her "amazing" fans for allowing her to create all different kinds of pop music. Keep reading to see more of her performance.

Related:
Halsey's Blessed Us With Some of the Biggest, Hottest Collabs — Listen to Them Here
Previous Next Start Slideshow
MusicHalseyTVMTV EMAs