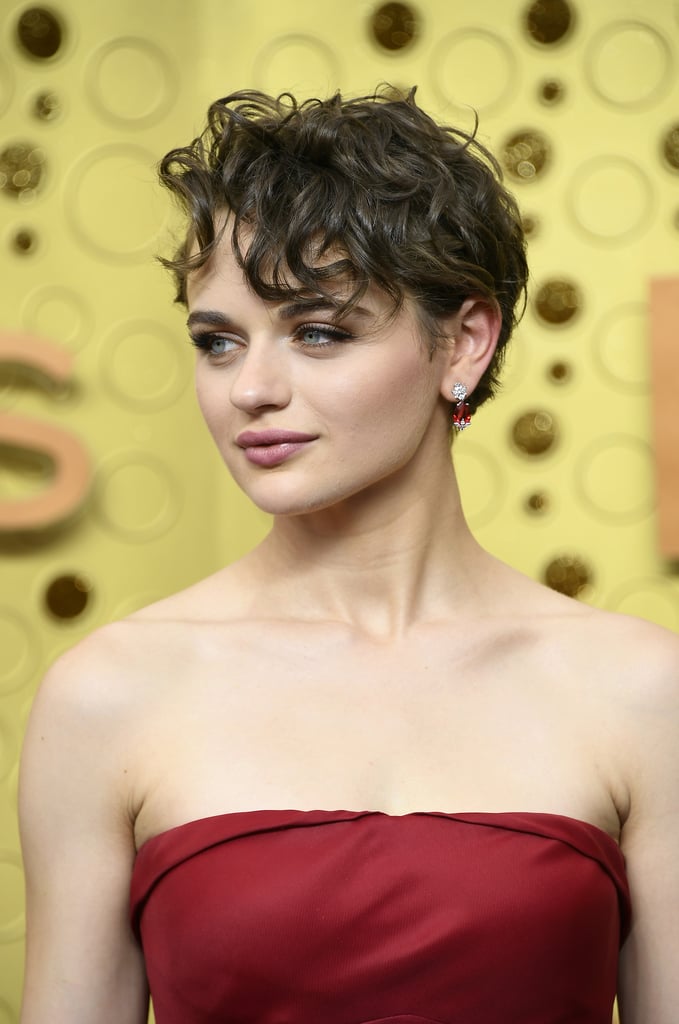 What does prepping for the Emmys look like? For The Act actress Joey King, it involved a '90s mood board and soothing sounds of Frank Sinatra playing in the background.

Hairstylist Dimitri Giannetos told POPSUGAR that he was inspired by a top '90s supermodel while he styled King's hair into short curls. "When I style short hair, my forever inspiration is Linda Evangelista's iconic 'do," he said. He went on to explain that the hairstyle's edginess was intentional. "I wanted to keep her hair very fresh and modern with a rock 'n' roll vibe since she's wearing a beautiful, classic red Zac Posen gown."

To create the look, Giannetos applied Dove Style and Care Curls Defining Mousse ($5) in King's hair before and after her natural curls were dried with a diffuser. He did so in order to lock in its shine. Giannetos then used curling wands with a ¾" and a ½" diameter and spritzes of a Dove Care Between Washes Re-Styling Milk ($5) to further define the curls before setting them with styling clips.

All of this happened while King listened to music and spent time with sisters, Hunter and Kellie, according to Giannetos.

Check out King's hair at the Emmys, ahead.