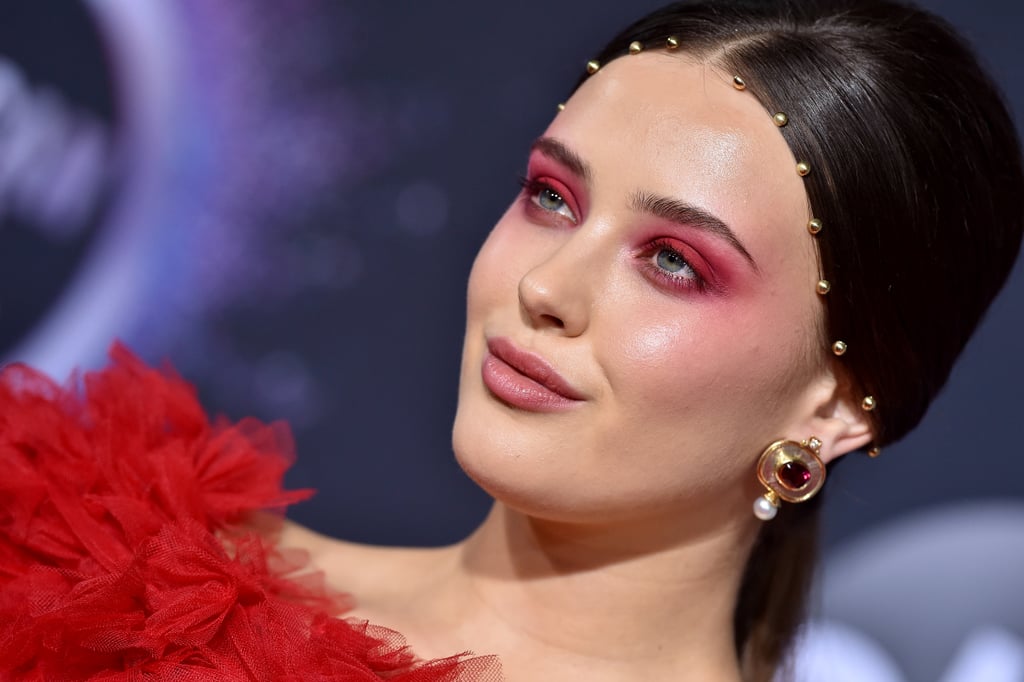 Katherine Langford was seeing red at the 2019 American Music Awards. The actress and Knives Out star matched her eye makeup to the fiery hue of her Rodarte dress, resulting in what has since been described as "red velvet eyes" by her makeup artist, Fiona Stiles. Langford's makeup was otherwise pretty simple, with just a pop of pink blush and neutral pink lipstick.

Her hairstyle, however, was an entirely different story. Langford's long hair was gathered in a low ponytail with a subtle beehive at the back, and hairstylist Jenny Cho embellished the hairline with small gold beads resembling a modern interpretation of a crown.

With Knives Out receiving some early award season buzz, we look forward to seeing more daring beauty looks from Langford at red carpet events to come. In the meantime, get a closer look at her AMAs hair and makeup ahead.