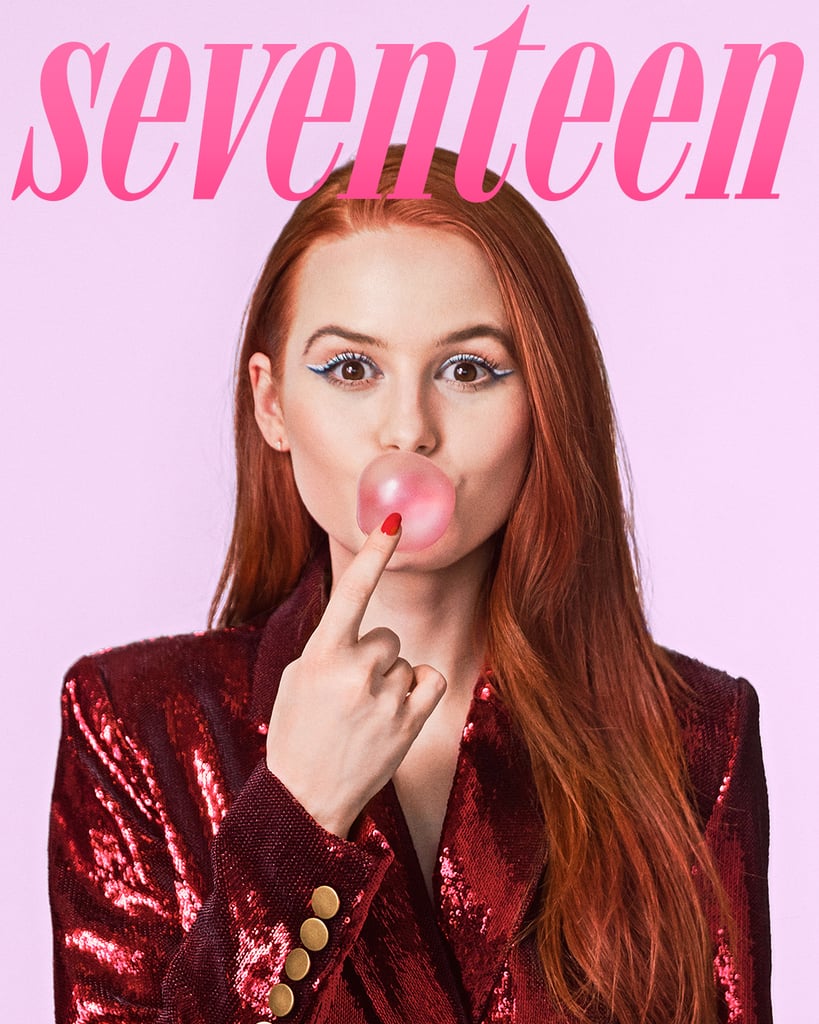 Apart from appearing on screen as Riverdale's bombshell queen bee, Madelaine Petsch can also be seen gracing the October cover of Seventeen in a sequined red blazer, matching River Vixen red nail polish, and stacked blue and white winged eyeliner that may or may not be a nod to her onscreen girlfriend, Toni Topaz.

In her interview with Seventeen, the 25-year-old actress revealed that she once considered dyeing her glorious red locks brown — so Cheryl Blossom was almost a brunette, which would basically have changed the entire Jason and Cheryl storyline as we know it. "My mom was like, 'Please don't do that,'" Petsch said, and thankfully she followed her mom's advice.

Before her CW days, Petsch grew up with a love-hate relationship with her hair due to bullying, but she's since learned to embrace her red hair thanks to her role on Riverdale. "I think Cheryl has helped me really love my red hair," she said. "Finally, my hair and I have a great relationship, and when fans tell me they're being bullied, I remind them that the things they're being bullied for now are the things that make them unique. When you get older, those things are going to make you stand out."