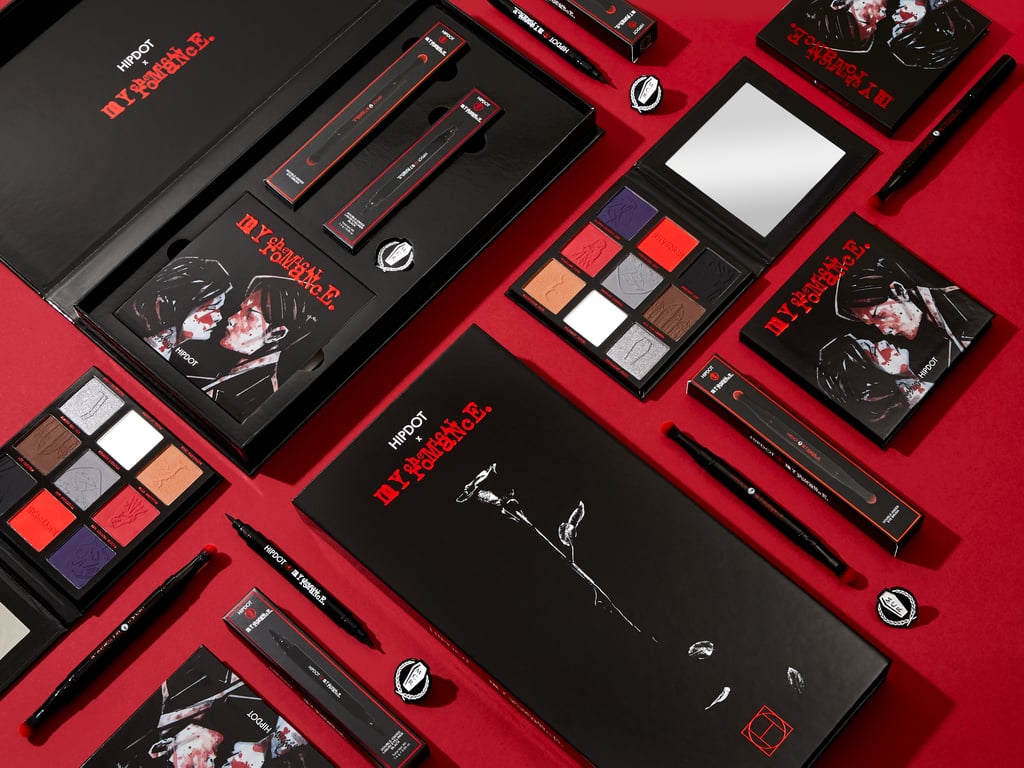 If the last HipDot x My Chemical Romance makeup collection made your inner emo teenage self sing, you'll be elated to hear that a restock is coming. While it's not a reunion concert, it's equally as exciting (depending on your interests). This time around, the beauty brand is restocking its makeup collection inspired by the band's 2004 album, "Three Cheers for Sweet Revenge."

After selling out the original collection in just three minutes in December 2020, HipDot released a second line for the band's fourth studio album, "Danger Days: The True Lives of the Fabulous Killjoys," in July 2021. But now, by popular demand, HipDot is restocking that initial limited-edition MCR drop for all of the fans who missed it last time.

Starting March 8 at 3 p.m. ET, the HipDot x MCR Three Cheers for Sweet Revenge Collector's Box ($68) will go on sale once more at HipDot.com and MyChemicalRomance.com. Inside is a nine-shade eyeshadow palette, a double-ended eyeliner, a double-ended shadow brush, and a limited-edition pin. For the second release, HipDot has also added the MCR Enamel Pin Set ($24), which will only be available on the beauty brand's website.

The HipDot x My Chemical Romance Three Cheers for Sweet Revenge is guaranteed to go fast, so don't hesitate to buy yours. Get a peek at everything included ahead.