For the festive season, many of us want to try something new when it comes to our beauty look. We love to swap our neutral lipstick for a deeper hue and slather on tons more highlighter than usual. Basically, we're leaning toward anything that makes the festivities feel a little more special (especially after the year we've had). To help you on your journey for an exciting new festive makeup look, we called in the help of celebrity makeup artist and founder Patrick Ta, who graciously created an exclusive look for the season for POPSUGAR.

Ta walked us through this monochromatic merlot makeup inspired by a look he created on Camila Cabello back in November. After prepping our model Miriam's base, Ta went to work on the eyeshadow. Using his Major Dimension Eyeshadow Palette ($68), he first applied "Lady," a medium brown cream formula all over the lids as a matte base. Next, he layered the shade "Mother," a brick red hue, over top. Keeping everything subtle, the goal was to "add a little bit of depth but really keep the focus on the lips."

Next, Ta moved onto the contour using his Major Sculpt Creme Contour Powder Duo ($38), pressing the cream underneath the cheekbones and blending it up to the forehead. It's blush next, and Ta used the Major Headlines Blush Palette ($58), dusting the rosy-pink hue onto the apples of the cheeks before going back in with his Beautyblender and pressing any remaining foundation over the top of the blush. He then added a little more blush onto the cheeks to subtly build the color.

Continuing with the Beautyblender, Ta took his Major Glow All-Over Glow Balm in She's Glossy ($50) and patted this into the high points of Miriam's cheeks, the bridge of her nose, and collarbones.

Ta finished the focal point of the look — the lips. Ta carefully lined Miriam's lips using the Major Headlines Precision Lip Crayon in She Must Be New ($26) before filling in the entire lips with the Major Headlines Matte Suede Lipstick ($32) in the same shade. To complement the glam, Miriam wore a slicked-back ponytail created by hairstylist Luke Pluckrose. 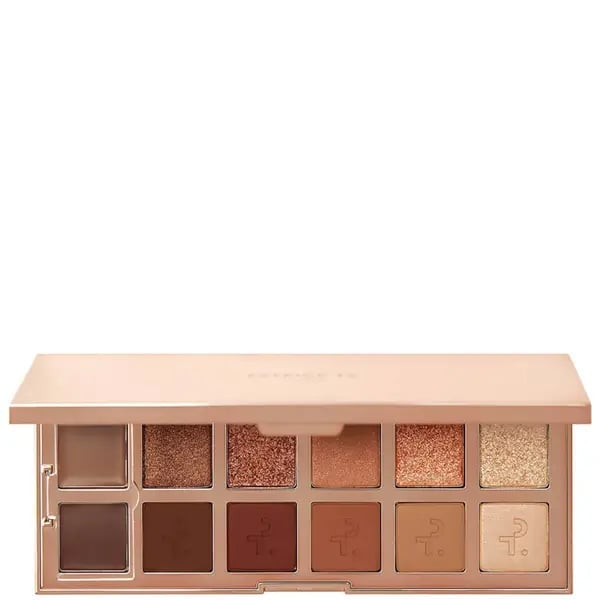 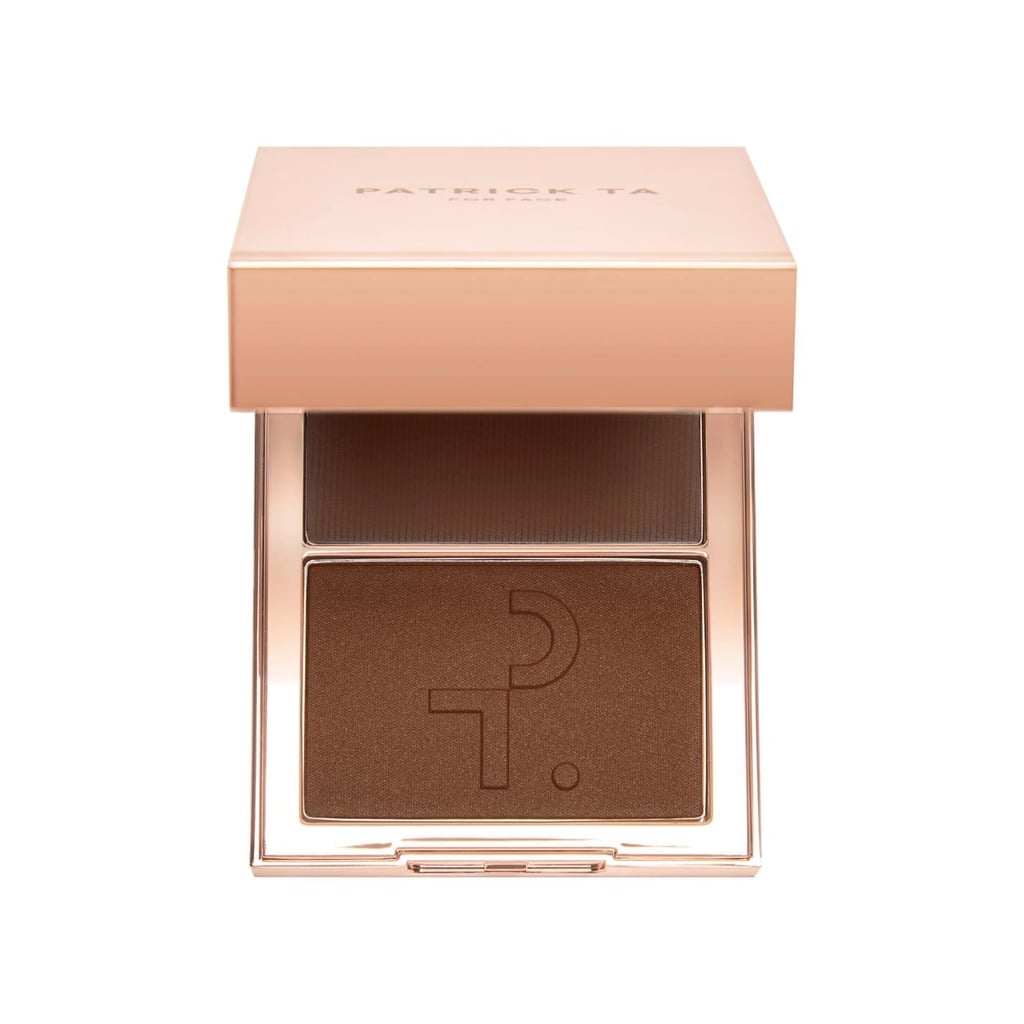 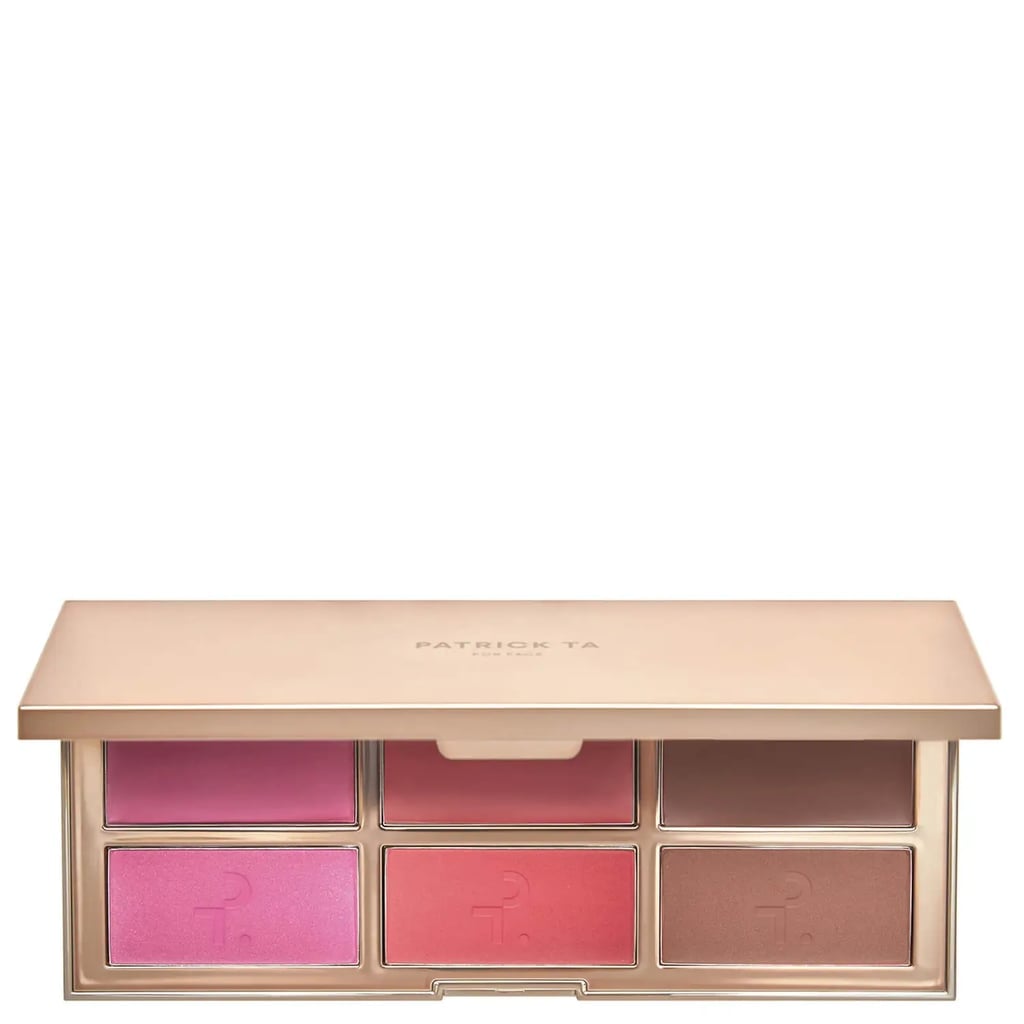 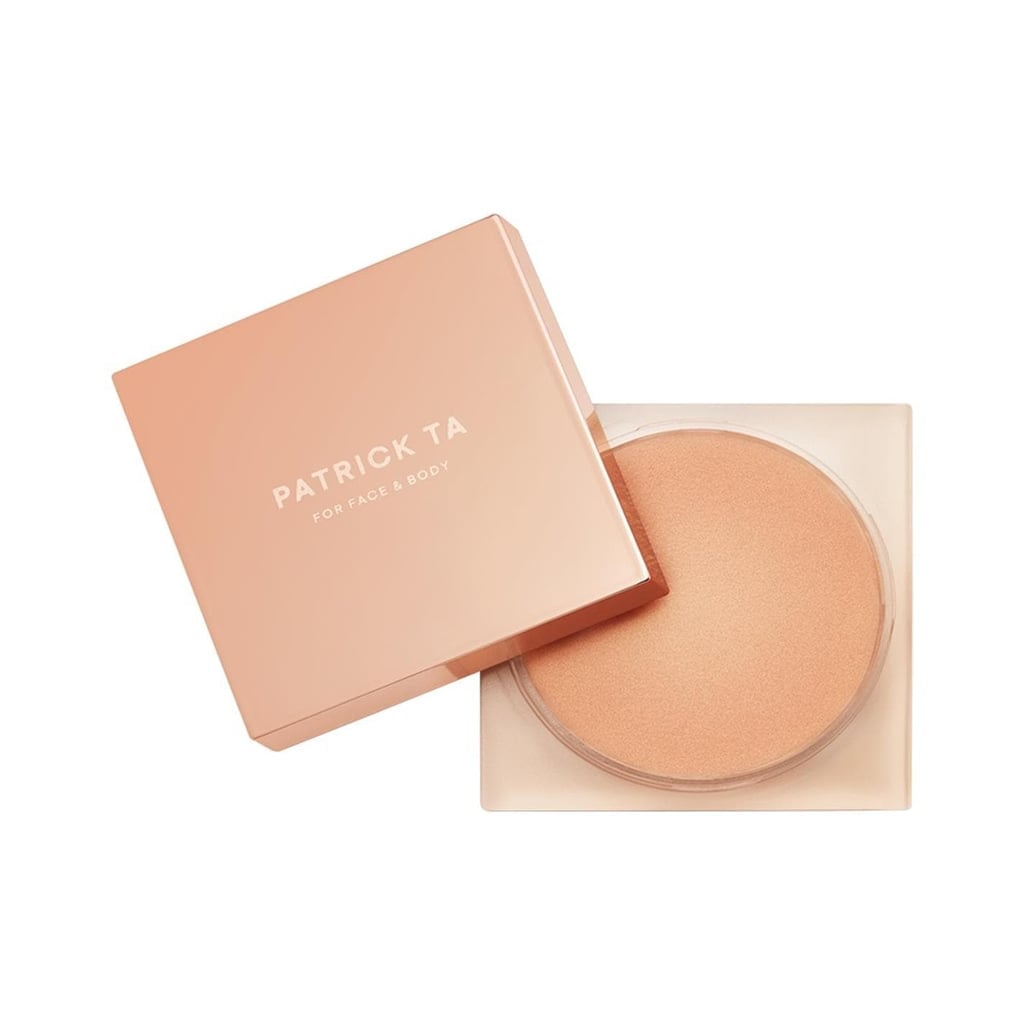 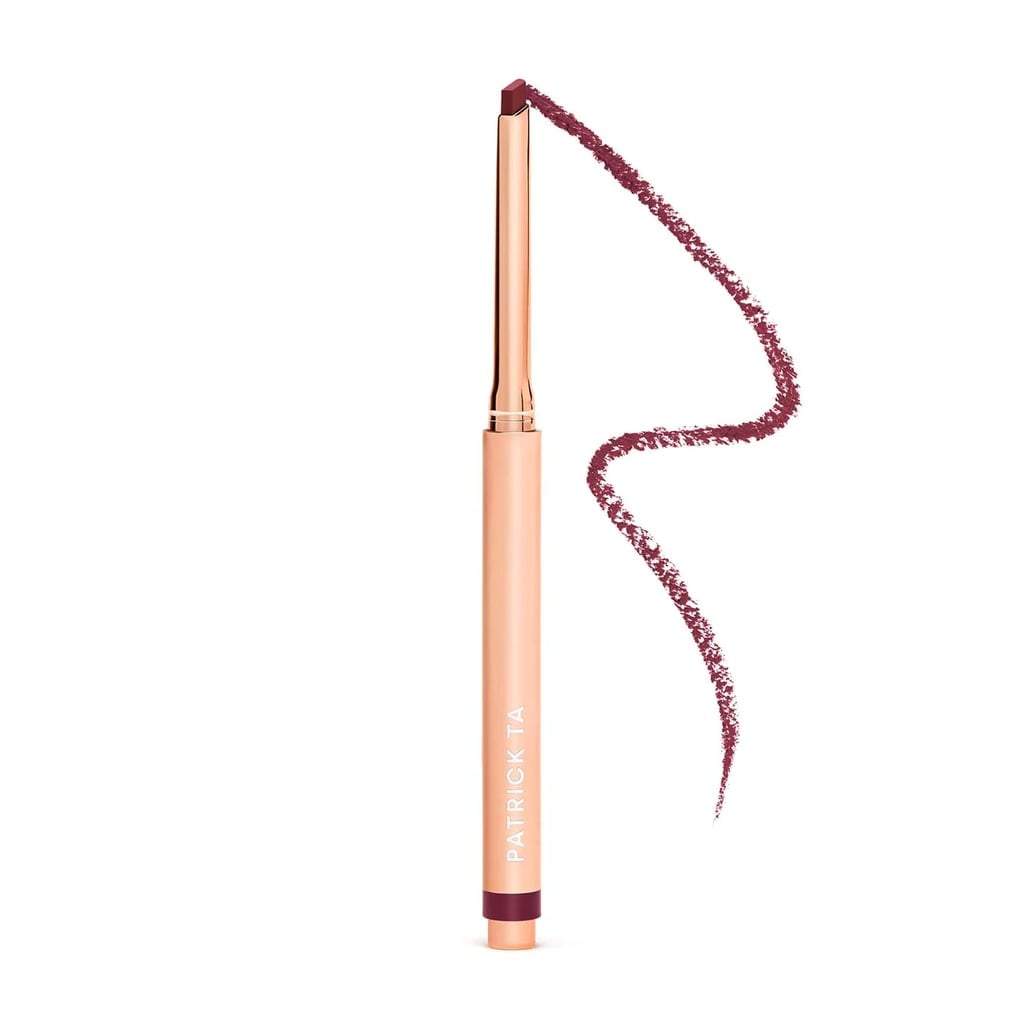 Major Headlines Precision Lip Crayon in She Must Be New
$26
from sephora.com
Buy Now 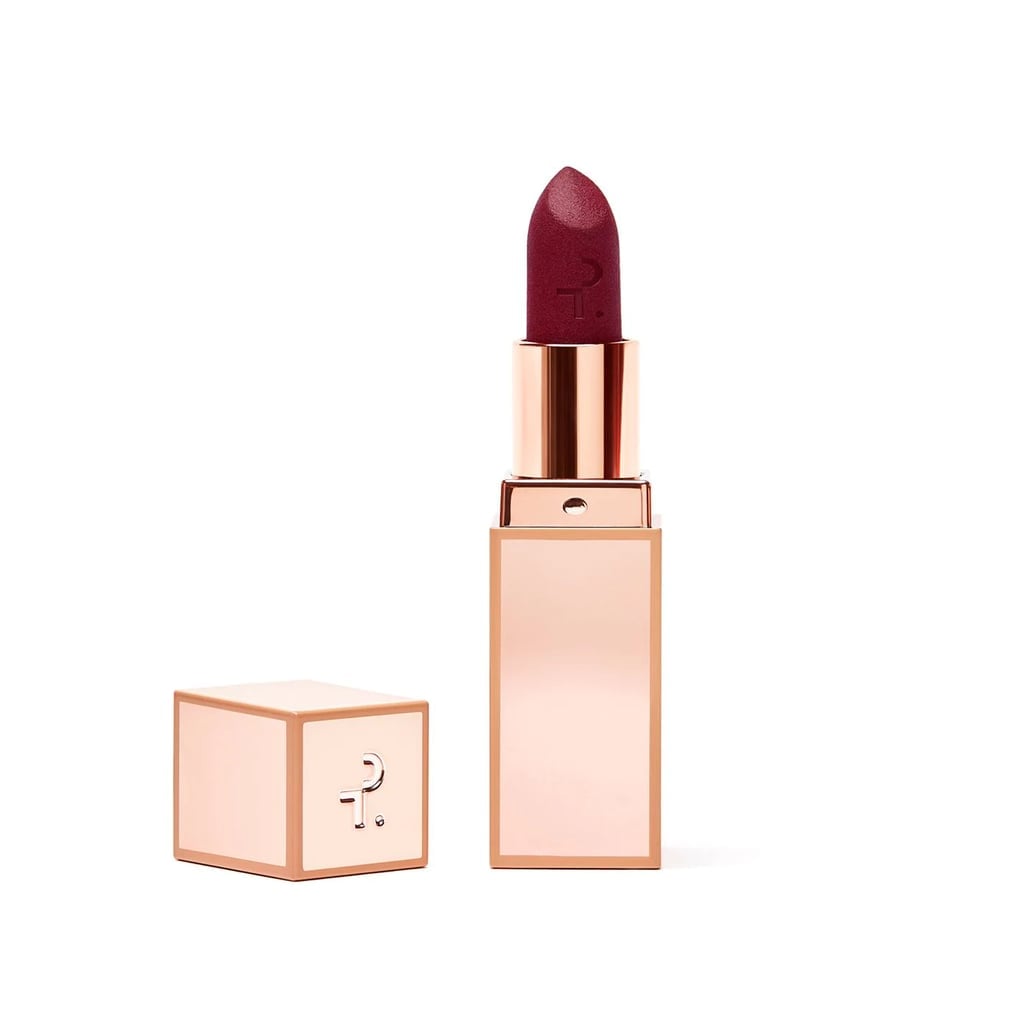 Beauty Shopping
The 34 Best Beauty Launches of February, According to Editors
by Renee Rodriguez 2 hours ago

Beauty Reviews
Finally, a TikTok-Famous Contour Product That Lives Up to the Hype
by Renee Rodriguez 5 days ago