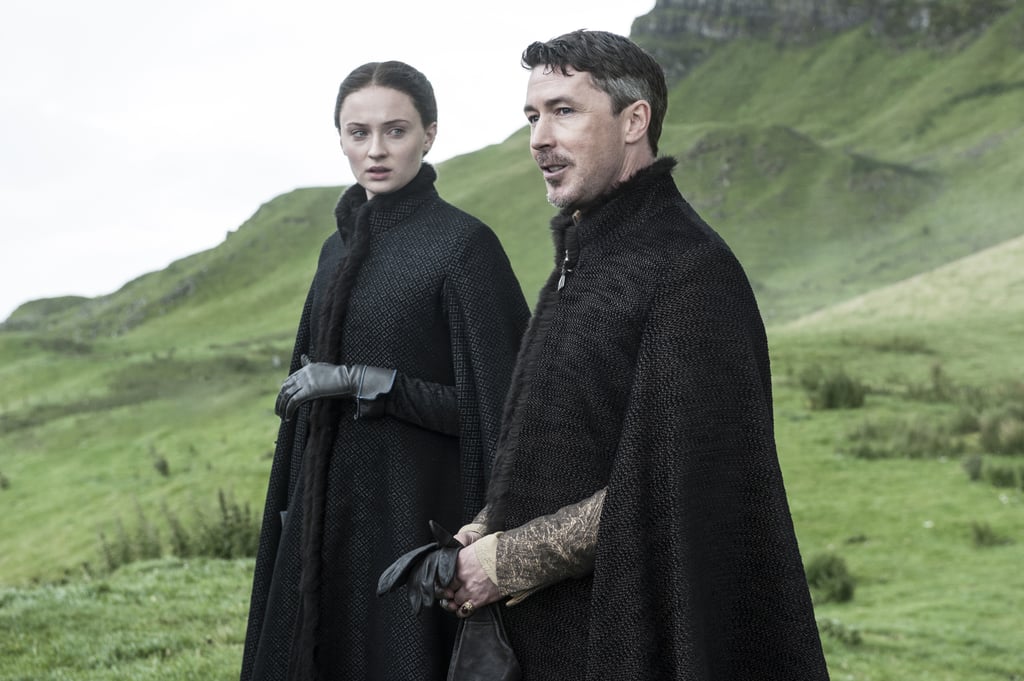 The hair on Game of Thrones sends subliminal messages.

PS: As a huge Game of Thrones fan, one of my favorite parts of the show has been watching Sansa's transformation and how her hairstyles have changed based on where she is in the world and what she's going through at that time. Do you think that your character's different hairstyles and changes in appearance are reflective of her own journey?

ST: Oh absolutely, yeah! It's really interesting, actually — it [Sansa's hair] plays sort of a big role, I think, in subliminal messages in her journey . . .

She's a very silent character, you know; you don't really know what she's thinking, or who is having influence over her. And that was one of the ways we showed — that and her costumes — was the only real way that we knew what she was taking in and learning from these people, because she would mirror Cersei's hairstyle or Margaery's hairstyle. When she went away with Littlefinger, she dyed her hair black for a second and that sort of mirrored him. And it's really interesting to see that sort of physical representation of her adapting to each situation; it was a really smart move.

Barbie Ferreira
Did You Catch That Game of Thrones Easter Egg on Euphoria?
by Monica Sisavat 1 day ago