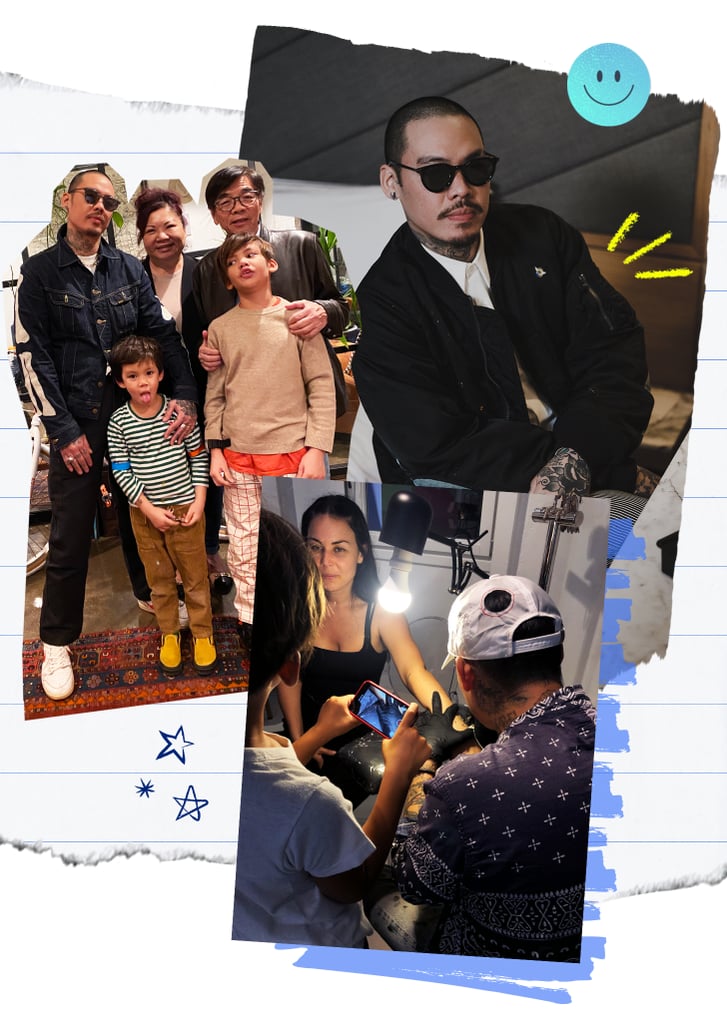 Soon, it would. Two years into his apprenticeship, he inked his first tattoo as a professional artist: a shamrock — one of the promotional designs from a line sheet the shop offered for free on Saint Patrick's Day. "I was overconfident. I thought it would just come to me, and then it was a different story when I actually sat down with the pen in my hand. It was the most intimidating, technical thing to have to try to do, and there were so many people watching, because it was a big deal. This was my first real tattoo."

Slowly and steadily, Dr. Woo built a reputation for himself, both within the industry and among clients. In the span of a year after his first — and with "social media starting to boom around the same time" — word began to spread that there was a "new" kid in town offering a fresh twist on fine-line tattoos.

This newfound acclaim was met with booked appointments months in advance, but was perhaps the most evident when, one day, after allowing walk-ins on a first come, first served basis, he showed up at work to find a line of people waiting around the block to snag a seat in his chair. "That's when it sunk in for me, like, 'Wow, something might be happening here,'" he said.

Well, there was that . . . and his ever-growing roster of A-list clientele to help spread the word. Back then, the shop was known for famous walk-ins, but Dr. Woo lives by the celebrity code of "even if you ask I won't tell" all these years later, indoctrinated from his earliest days of tattooing. Still, there's one exception that stands out: "One of my first celebrity clients who actually introduced me to a lot of people was Zoë Kravitz," he said. "She's one of my oldest clients and friends because she used to come in with her dad [Lenny], and he would get tattooed by Mark."