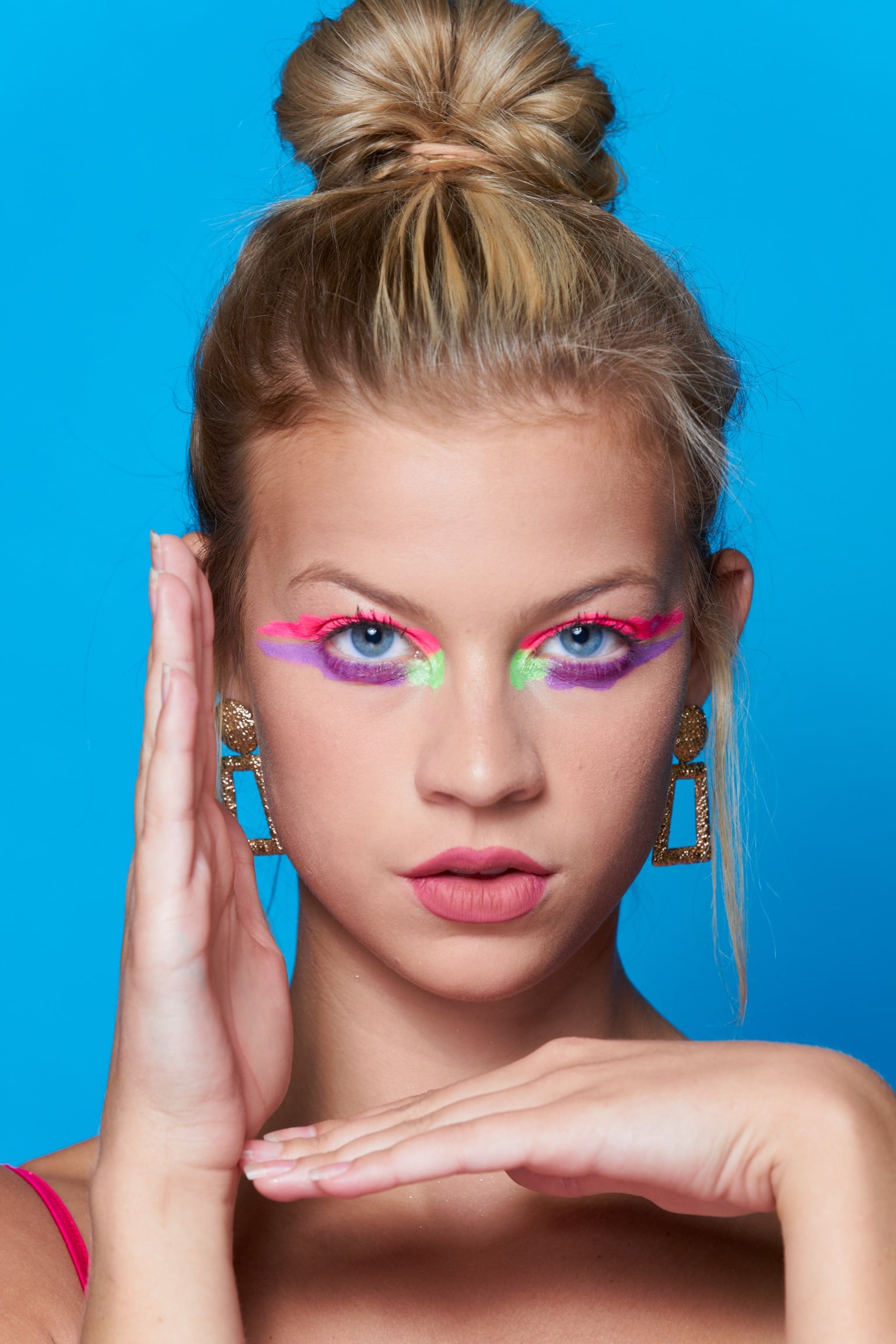 Too often, the best beauty stories go Untold, solely based on a person's skin color, religion, gender expression, disability, or socioeconomic status. Here, we're passing the mic to some of the most ambitious and talented voices in the industry so they can share, in their own words, the remarkable story of how they came to be — and how they're using beauty to change the world for the better. Up next: Sydney Morgan, a makeup artist with ulcerative colitis that went viral on TikTok and is using her platform to help educate people about the chronic illness.

I'm 19 years old and I got diagnosed with ulcerative colitis, which is a chronic inflammatory bowel disease that causes inflammation in the digestive tract, my junior year of high school. I didn't look sick but I had to go on a bunch of different medications and treatments — it was really trial and error because it's different for everyone. I went from diagnosis until October 2019 trying to get my condition into remission but unfortunately, nothing worked for me. So, in October of 2019, I got emergency surgery to have my entire colon removed — my whole large intestine.

Before I got sick, I had been a cheerleader and gymnast my whole life, but my main sport was track and field. It was my favorite sport and I was planning on going to college for it. But my junior year, I was very sick and I had qualified for our state championship, but I wasn't even able to go because of how sick I was. I ended up in the hospital. I was heartbroken but I knew I had one more year left because I was only a junior. Then COVID ended up canceling my senior year season of track and field. That was really hard for me.

I graduated high school in 2020 and always planned on taking a gap year because I had a few surgeries that I needed to recover from. That was pre-pandemic so as soon as COVID-19 hit too, that sealed my decision to take a year off. I started my TikTok account in July, just a couple of months after graduating high school. I couldn't really leave my house too often because I was still having symptoms that held me to my home so it was something that I could do even though I was sick. It was something I could focus my time on and just distract myself, and I enjoyed doing it.

I've been an artist my whole life — drawing and painting ever since I could pick up a pencil — but I really got into the makeup part later in life. As a cheerleader and gymnast, I would wear a little bit of makeup for that, like eyeshadow. But when I was in high school, I was in the art club and we would volunteer at events in the community to paint kids' faces. All the kids knew that I could paint their really well, so they would all come to my line and have me do it. That's when I realized I was pretty good at it and I figured I'd try and do it on myself. I made a little Instagram account, which had 400 followers, and I would just post little face painting and makeup looks on there for my family and my friends. 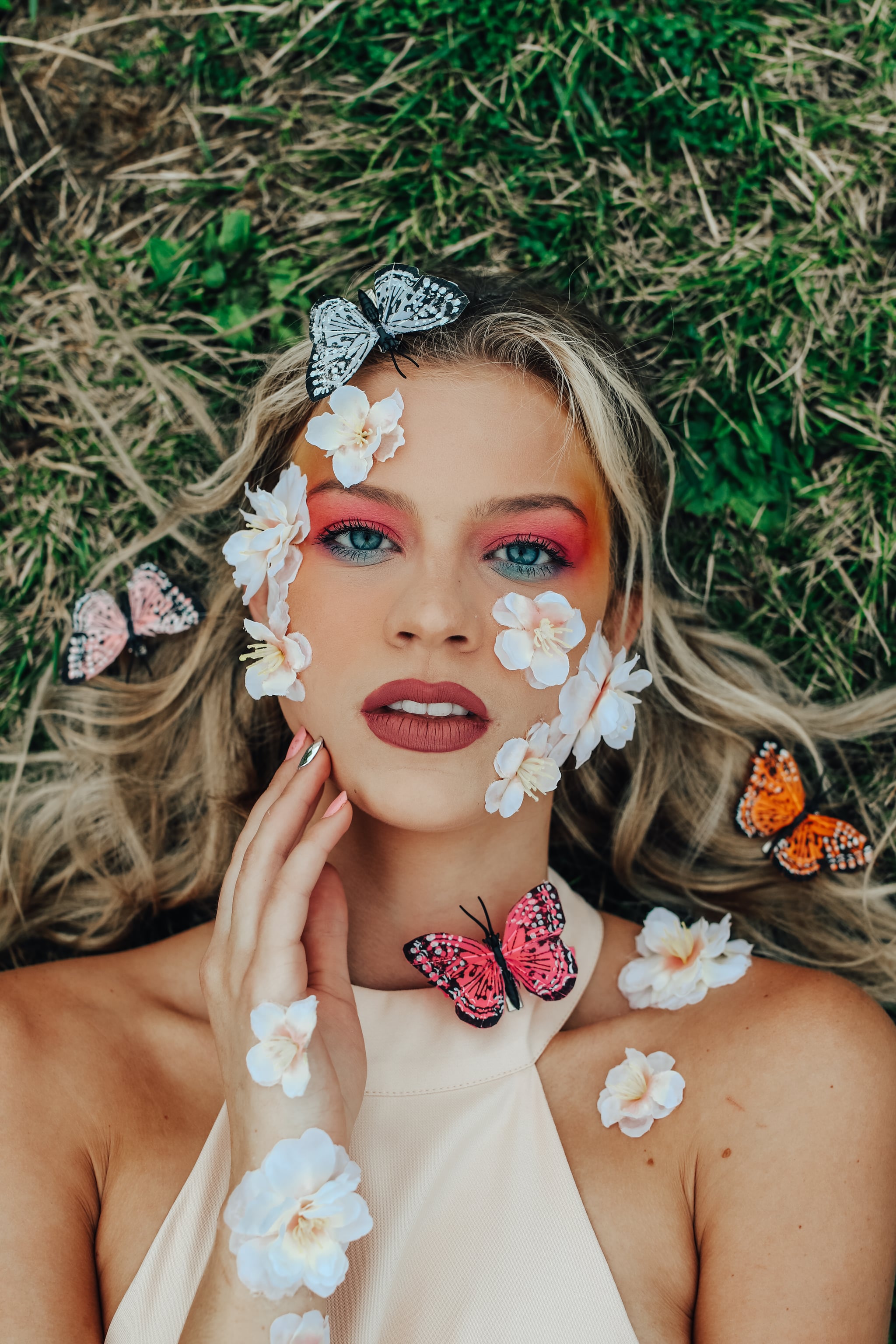 When I started my TikTok account, I told nobody about it. None of my friends or family knew that I had it because I really wanted to see if I could accomplish it completely on my own. My first video just blew up from the jump. I captioned it something like "Day one of doing my makeup until I get noticed," and it hit a million views on day nine. Then it hit three or four million views and I hit 10K followers. I was freaking out; I thought it was the coolest thing ever. Some of my friends even started to see it because the video ended up on their For You page. They were like, "Since when do you have this account? I didn't know you had some followers on TikTok."

For me, makeup is my escape. It's a way that I can express my creativity and just let loose. I just love it. I pull inspiration from everywhere in life. I keep a running list in the notes of my phone every time I see or hear something that inspires me and I have a sketchbook that I use to draw makeup looks in.

Just because you have an illness doesn't mean that it defines you. If you have a dream, you just need to go for it.

I've even created a few makeup looks inspired by Crohn's and colitis — purple is the awareness color, so I incorporated a purple ribbon into one. I want to help raise awareness because when I was diagnosed, I had never even heard of Crohn's or Ulcerative Colitis before. And especially when I got my ostomy bag in 2019, I was really scared because that's a very big change; it's a big surgery. I was trying to look things up to see, what is this like? How do people cope with it? I could not find a single thing.

The biggest thing with Crohn's and colitis is you don't look sick, but this is a comment you never want to give someone. Because you really don't look sick on the outside, but that doesn't invalidate your illness or how you're feeling. I remember my junior prom was one of the absolute worst days of my life. I was so, so sick, but I really just wanted to go and get my pictures taken and everything. I ended up having to leave the prom early and I was in the hospital the next day, but if you see those photos, I looked great. I looked perfectly fine; I looked like everybody else. You would never know with this illness.

It's super important to me for not only kids with Crohn's and Colitis, but anyone that has a chronic illness, to see that I'm still here and I'm doing well. I can do everything that anybody else can do. I'm young. I have this illness that makes me different, but it doesn't limit me from doing anything that anybody else can. I really want to educate people that not only have the disease but even more people that don't have it or have never heard of it, like I was prior to being diagnosed.

Just because you have an illness doesn't mean that it defines you. If you have a dream, you just need to go for it. 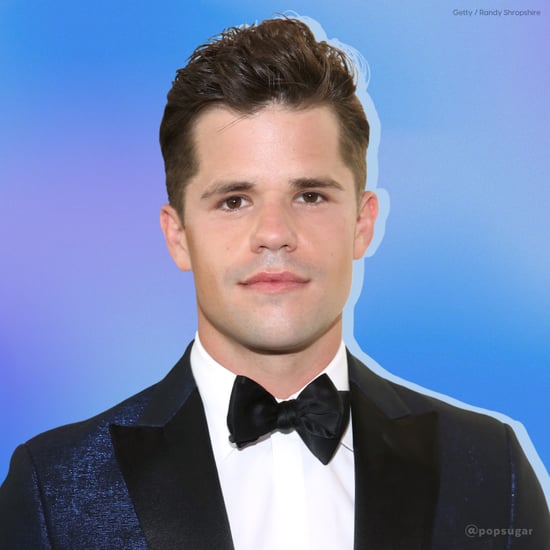