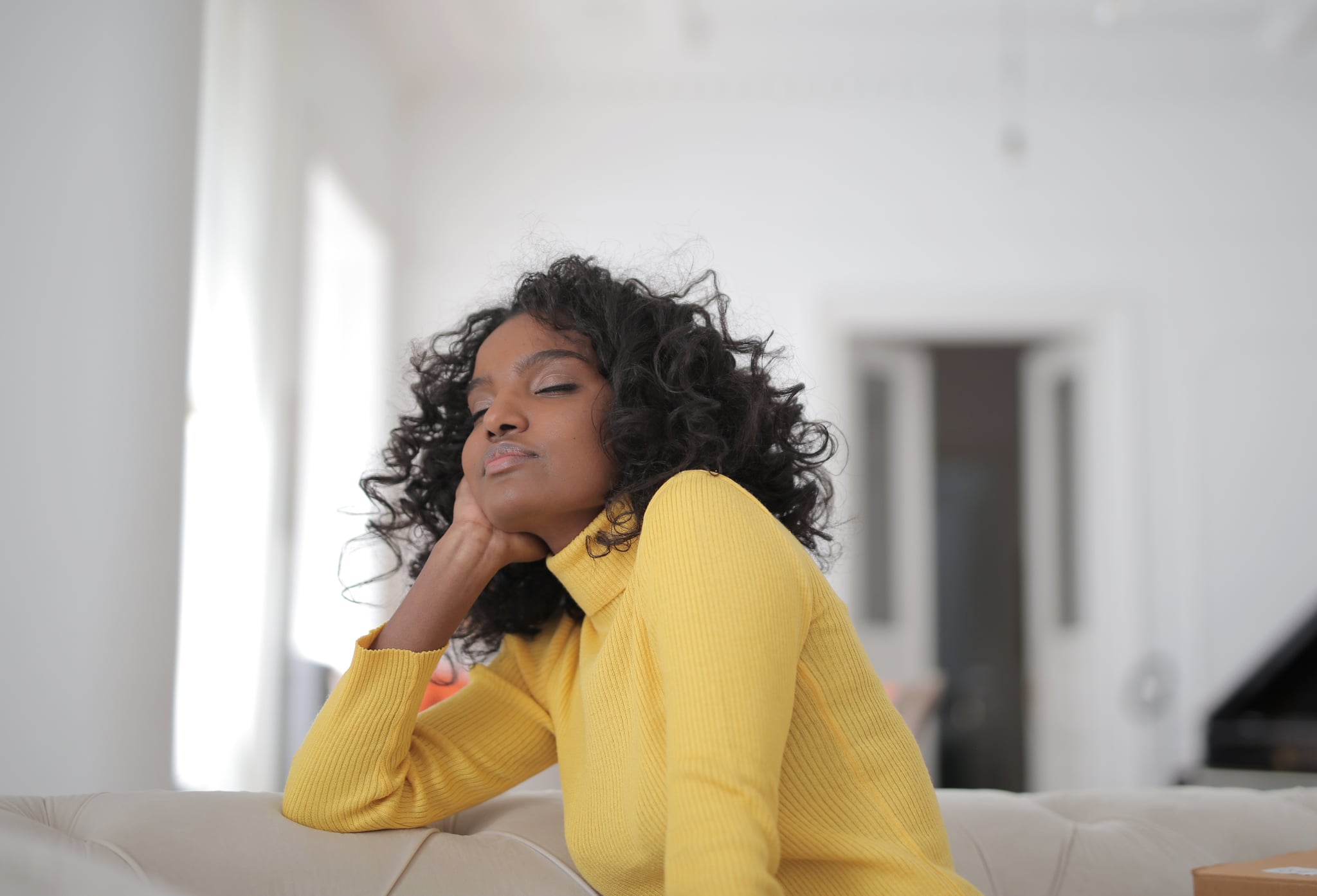 Up until I was about 16, I used to get my hair chemically relaxed about once every six weeks. At that point, I started wearing my hair in weaves and other protective styles, which is why I held off on the relaxers for about two years. I only ended up relaxing my hair one more time after I graduated high school before deciding to go natural in college thanks to a little bit of influence by a few of my classmates at the time.

For as long as I can remember, hair relaxers have been a debated topic in the Black community, though they're still pretty popular to this day. If you've never had a relaxer but are considering getting one, read ahead to get a few tips on what you should know before getting the treatment.

What Is a Hair Relaxer?

A relaxer is a creamy product that is professionally applied to people with curly or coily hair as a way to chemically straighten their hair. It's called relaxer because it essentially "relaxes" the curls and loosens them if they're tighter. People who tend to want this treatment are looking for a sleeker style instead of tightly curled.

What's in a Relaxer?

This is the important question, as the chemicals in relaxers are a major reason they're often debated in the Black hair community. "Sodium hydroxide is the most active chemical used in some chemical relaxers because it provides the most long-lasting and dramatic effects," Whitney Eaddy, owner of Her Growing Hands, told POPSUGAR. "However, this same sodium hydroxide is found in drain cleaners, which clearly can testify to the strength of this chemical. This chemical also penetrates the cortex layer of the hair and loosens the natural curl pattern."

Sodium hydroxide is often found in lye relaxers, which are relaxers that work and take to the hair quickly. No-lye relaxers, on the other hand, typically use calcium hydroxide. The pH in these relaxers is normally lower, though these also tend to be more associated with dry hair.

Are Relaxers Safe For Your Hair?

That's debatable. "This process produces the desired effect of straighter hair, but at the same time leaves hair weak and extremely susceptible to breaking and further damage," Eaddy said. To add to that, the chemicals in relaxers are really strong, so if you're thinking of getting one for the first time, you'd be better off going to a professional than using an at-home kit.

As Eaddy also pointed out, the effects are of these treatments are irreversible, meaning that if you chemically relax your hair and decide after wearing it straight that you'd like to go back to curls, you'd pretty much have to wait until the relaxed hair grows out.

With that said, there are ways for you to maintain your hair after getting it relaxed or chemically treated, and if you're getting it done professionally, chances are your stylist can tell you your best option based on the condition of your hair.

Beauty Interview
Is the Mohawk Hairstyle Cultural Appropriation? It's Complicated
by Jessica Harrington 3 days ago

by Naledi Ushe 2 minutes ago