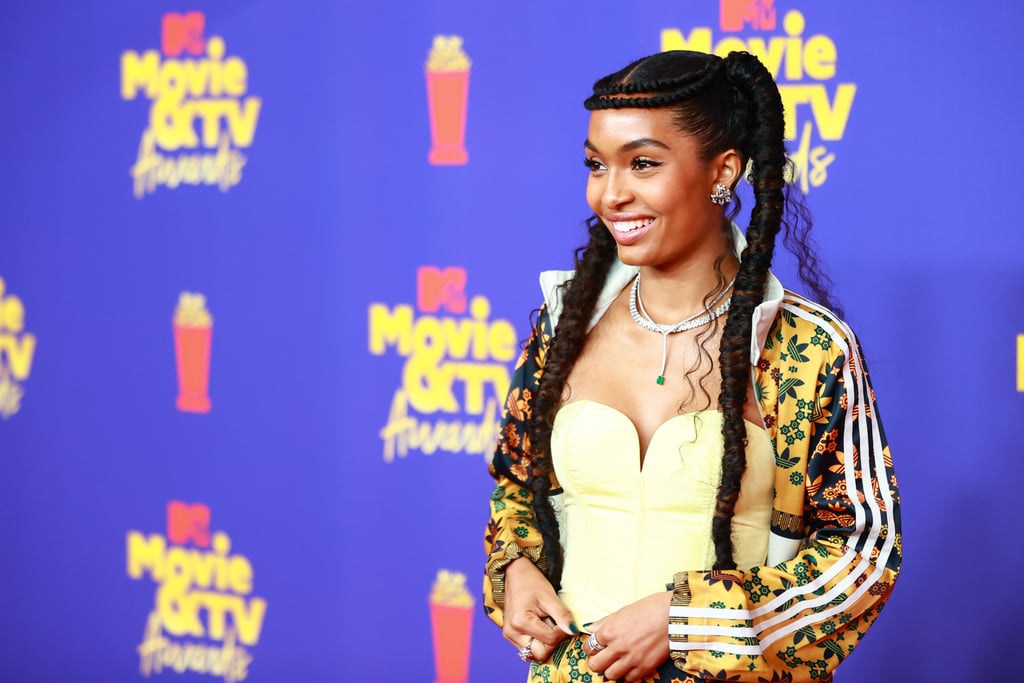 Yara Shahidi does not need a crown for us to know that she's royalty, but during Sunday night's MTV Movie and TV Awards, the Grown-ish actress and producer gave us a stunning reminder. Shahidi pulled up to the award show wearing a tracksuit from her new collaboration with Adidas, paired with an Etro bustier, and a hairstyle that had us bowing down. Hairstylist SherriAnn Cole-Robertson is to thank for Shahidi's beautifully original look, which included fishtail braids and two small twists that connected into a crown.

Shahidi shared a video on Instagram ahead of the show, writing, "Hair long like solaaaange for @mtv 🧚" dancing along to the 2018 song "Solange" by Tobi Lou. See photos of Shahidi's fabulous hair crown at the MTV Awards ahead.