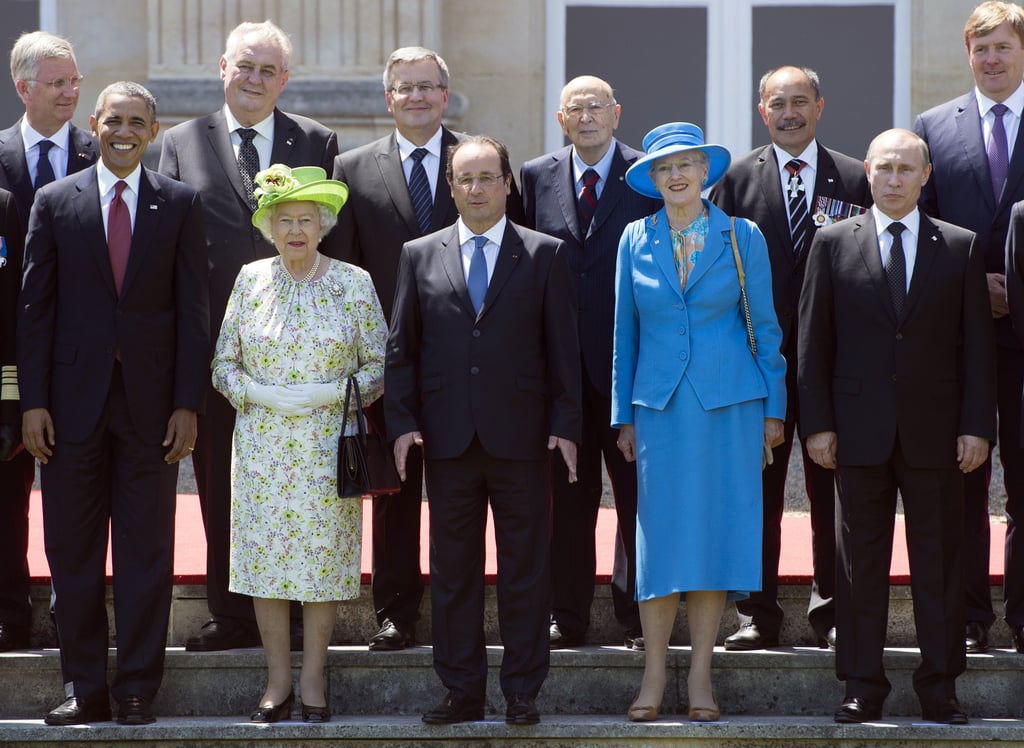 World leaders came together in France on Friday to mark the 70th anniversary of D-Day with veterans, gathering for thoughtful services, special photo ops, and, well, some awkward run-ins — see: Obama and Putin. President Obama delivered a speech at the Normandy American Cemetery and Memorial at Omaha Beach, opening by saying, "If prayer were made of sound, the skies over England that night would have deafened the world." He told moving stories about the veterans who fought back in 1944, adding, "Whenever the world makes you cynical, stop and think of these men."