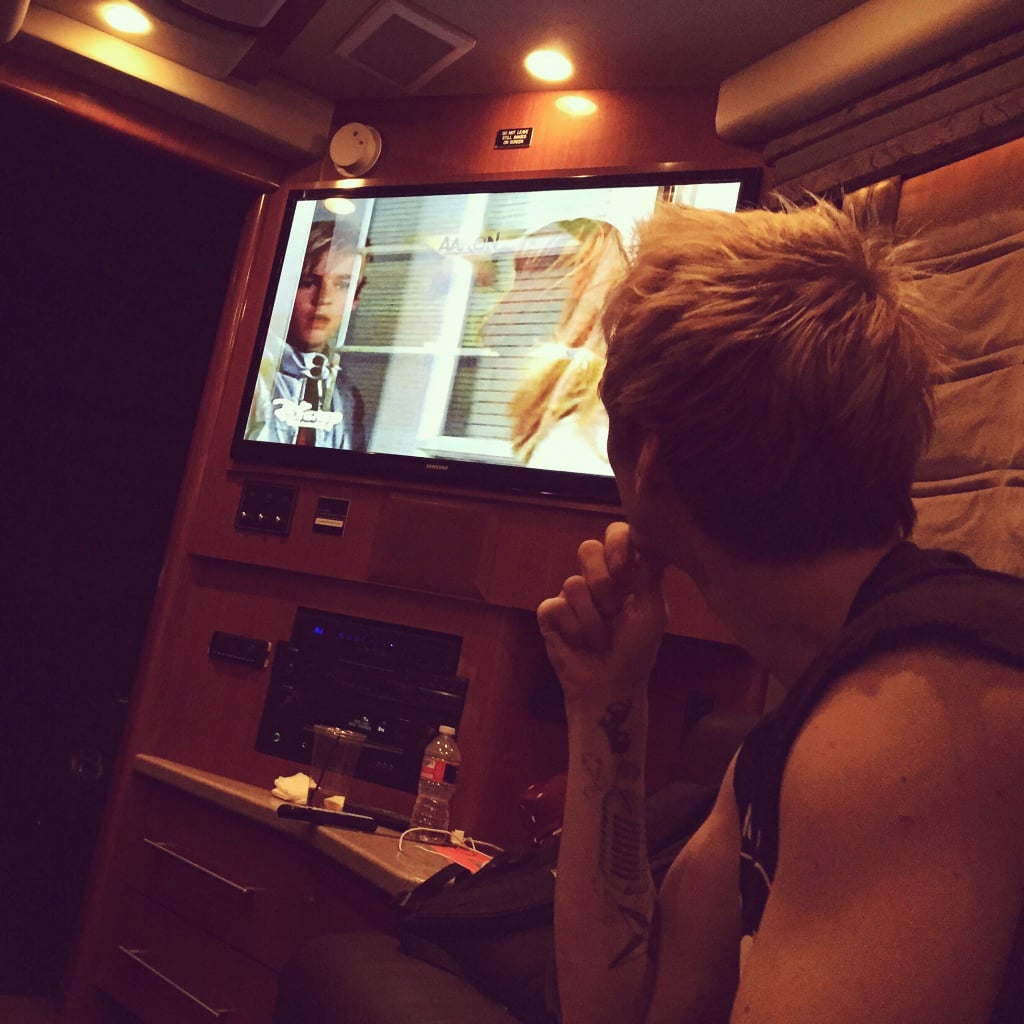 Aaron Carter got into the Christmas spirit by watching an old episode of Lizzie McGuire — and then he shared a picture of himself watching that clip on Facebook. He captioned the image, "Merry Christmas Lizzie McGuire," and although he seemed to be wishing the Lizzie McGuire character a happy holiday, it may have been more of a message for Hilary Duff. Throughout the year, Aaron has made several references to Hilary, first tweeting about his love for her back in March, saying, "I'll spend the rest of my life trying to better myself to get back to her." In September, Aaron admitted he should stop talking about her, saying it was time to "shut up" about it, and in October, Hilary addressed Aaron's comments, calling it "so uncomfortable" and saying, "He was very sweet . . . when I was 13."

For those who don't remember, the pair dated when they were younger, linking up after Aaron dated Lindsay Lohan in 2002 and early 2003. In the clip he appeared to be watching recently, he and Hilary kissed on screen. Watch for yourself below.

Celebrity Instagrams
Do Yourself a Favor and Follow the Cast of Love, Victor on Social Media
by Monica Sisavat 2 weeks ago