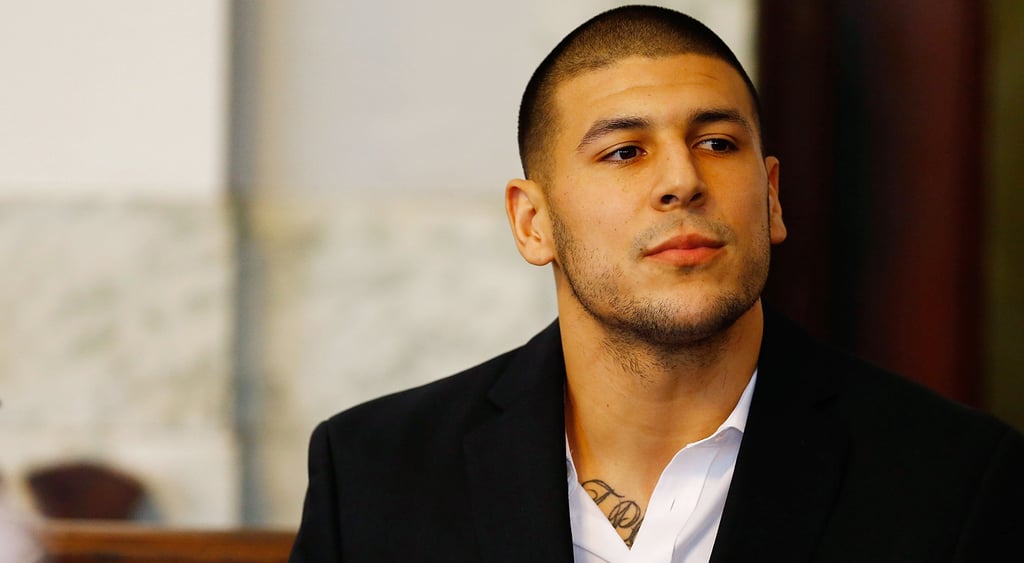 Former New England Patriots player Aaron Hernandez was found guilty of first-degree murder on Wednesday. The jury deliberated for more than 35 hours across seven days, and he faces life imprisonment without the possibility of parole. According to CNN, Hernandez appeared "upset but calm," at one point glancing at his mom and fiancée, who were weeping.

The former football star was on trial for the shooting of 27-year-old Odin Lloyd, a semiprofessional football player whose body was found in an industrial park in June 2013. Prosecutors say Lloyd and Hernandez were seen with Hernandez's friends, Carlos Ortiz and Ernest Wallace, that night. Ortiz and Wallace were also charged with murder, and they've pleaded not guilty. They'll be tried separately.