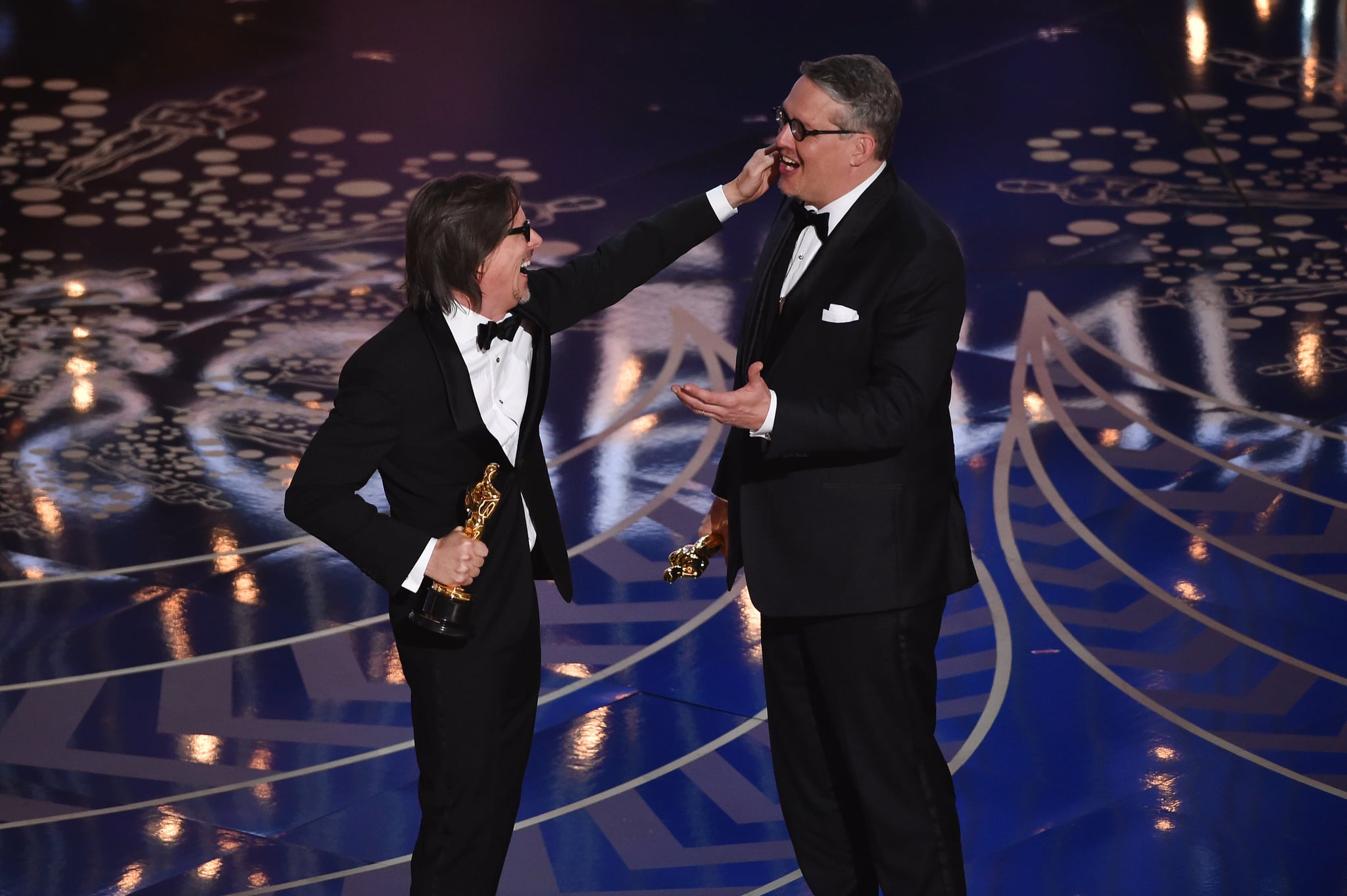 Some of the best jokes from Chris Rock's Oscars night came right out the gate during his hilarious opening monologue. Beneath all the laughter, though, came some serious truth bombs about the lack of racial diversity in Hollywood. Back in the press room, some of the night's winners were weighing in with their thoughts. One such pair of commentators included Adam McKay and Charles Randolph, who won for best adapted screenplay for The Big Short. Read on for a fresh take on the monologue.