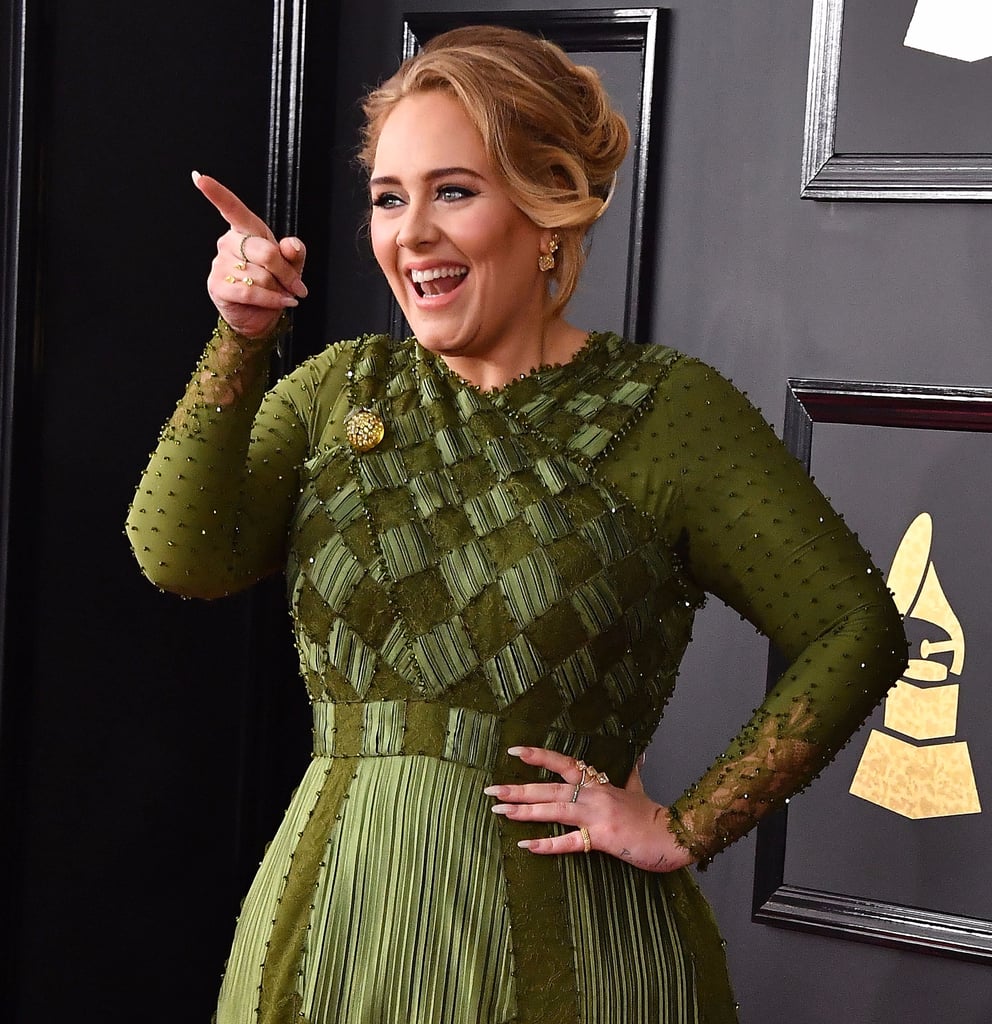 Adele is officially off the market! While attending the Grammys on Sunday night, the "Hello" singer confirmed that she and her longtime partner, Simon Konecki, are married. While accepting her award for album of the year, Adele thanked her family with a sweet shout-out, saying, "To the Grammys, I appreciate it — the Academy, I love you. My manager, my husband and my son, you're the only reason I do it."

The adorable confirmation comes less than two months after the couple sparked marriage rumors when they both stepped out wearing matching gold bands on their ring fingers in LA. Adele sported the bauble while doing some grocery shopping around town on Dec. 27, and four days later, Simon donned a similar ring while shopping with their 4-year-old son, Angelo.

by Lindsay Kimble 23 minutes ago