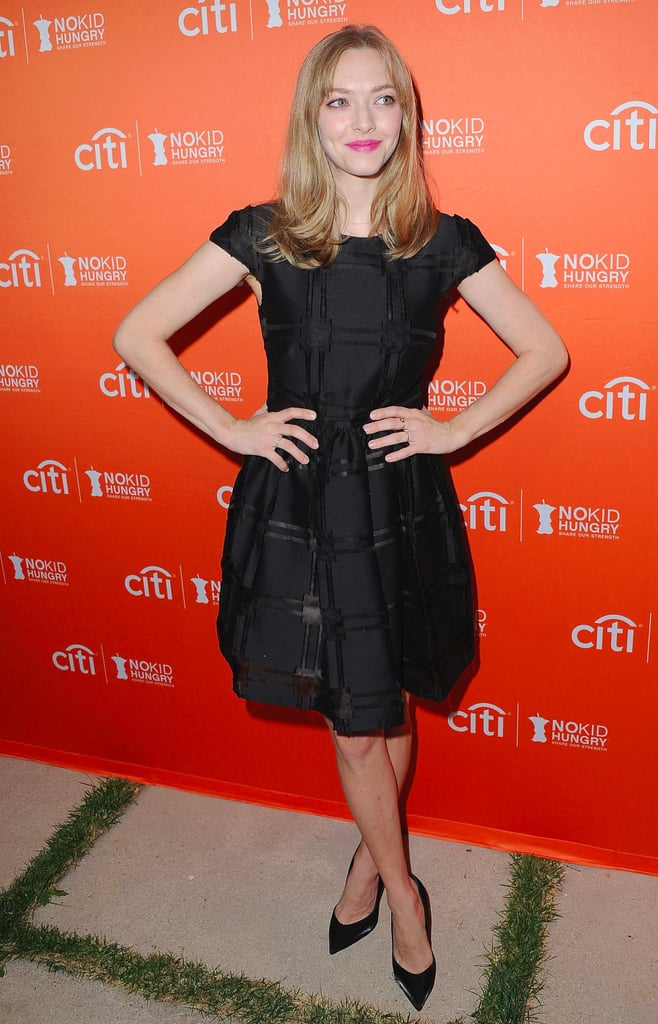 Amanda Seyfried Is Pregnant With Her First Child

Amanda Seyfried is pregnant! The actress revealed she is expecting her first child with fiancé Thomas Sadoski at a press launch for Givenchy on Tuesday night. Clad in a black dress, Amanda debuted her belly while posing for photos inside. Amanda and Thomas first met in 2015 while working on the off-Broadway show The Way We Get By, but relationship rumors didn't start until earlier this March when the two were spotted making out during a lunch date in LA. Five months later, news broke that the couple got engaged, and shortly after, Amanda debuted her engagement ring at the Heaven on Earth Gala in LA. Congrats to the happy couple!

Related:
Buns in the Oven: 21 Stars Who Are Expecting Babies in the New Year
Previous Next Start Slideshow
Amanda SeyfriedCelebrity CouplesCelebrity Pregnancies