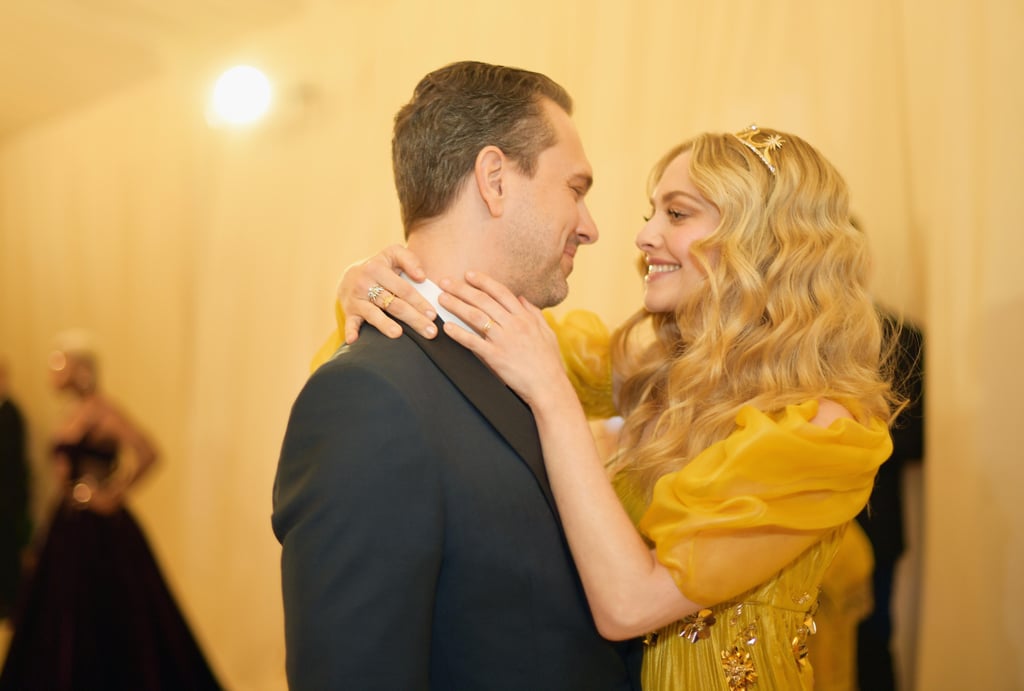 Amanda Seyfried and her husband, Thomas Sadoski, lit up the Met Gala red carpet with their sweet PDA on Monday night. The couple, who tied the knot in a secret ceremony in March 2017 and welcomed their first child, a daughter, shortly after, attended the star-studded event at the Metropolitan Museum of Art in New York City. The Mamma Mia! Here We Go Again actress looked angelic in a gold dress, but it was her heart-eyes for Thomas that really made us smile. In addition to striking some poses for the cameras, the couple stole a few moments to themselves when they stared into each other's eyes. They also had a fun run-in with Olivia Munn while making their way up the famed Met Gala steps. Love these two!