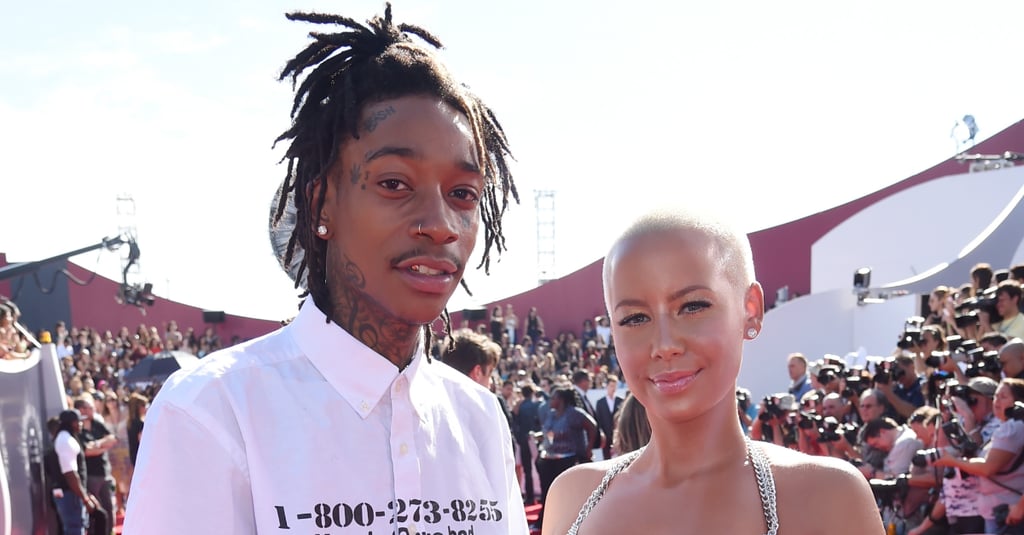 Amber Rose filed for divorce from her husband, Wiz Khalifa, this week, and now the model is speaking out to clear up any rumors. On Thursday, Amber took to Twitter to address reports that she had cheated on Wiz (some sources even speculated that Amber and Nick Cannon had been hooking up while they were both married). She wrote:

Please stop with the fake stories. I would never ever ever cheat on my husband in a million years I think u guys know this.....

I'm devastated and crushed but my main focus is Sebastian. Thank u for all the support in this difficult time.

According to TMZ, Wiz and Amber split on Monday and have cited irreconcilable differences in the divorce papers. She is also asking for full legal custody of the couple's 1-year-old son, Sebastian. Amber and Wiz tied the knot in August 2013, and on their one-year anniversary, Amber took to Instagram to share photos from their wedding day. In a snap of them with their baby boy, she wrote, "Today was the day we said our vows before God and our Family. I knew as soon as I met u, u were the one for me sweetheart. Happy 1 year anniversary @mistercap and many more to come." In a more telling move earlier this month on Wiz's birthday, Amber shared another picture from their wedding, this time with the caption, "Happy 27th Birthday @mistercap I'll love u forever.... Hope this year is an amazing one for u sweetheart."