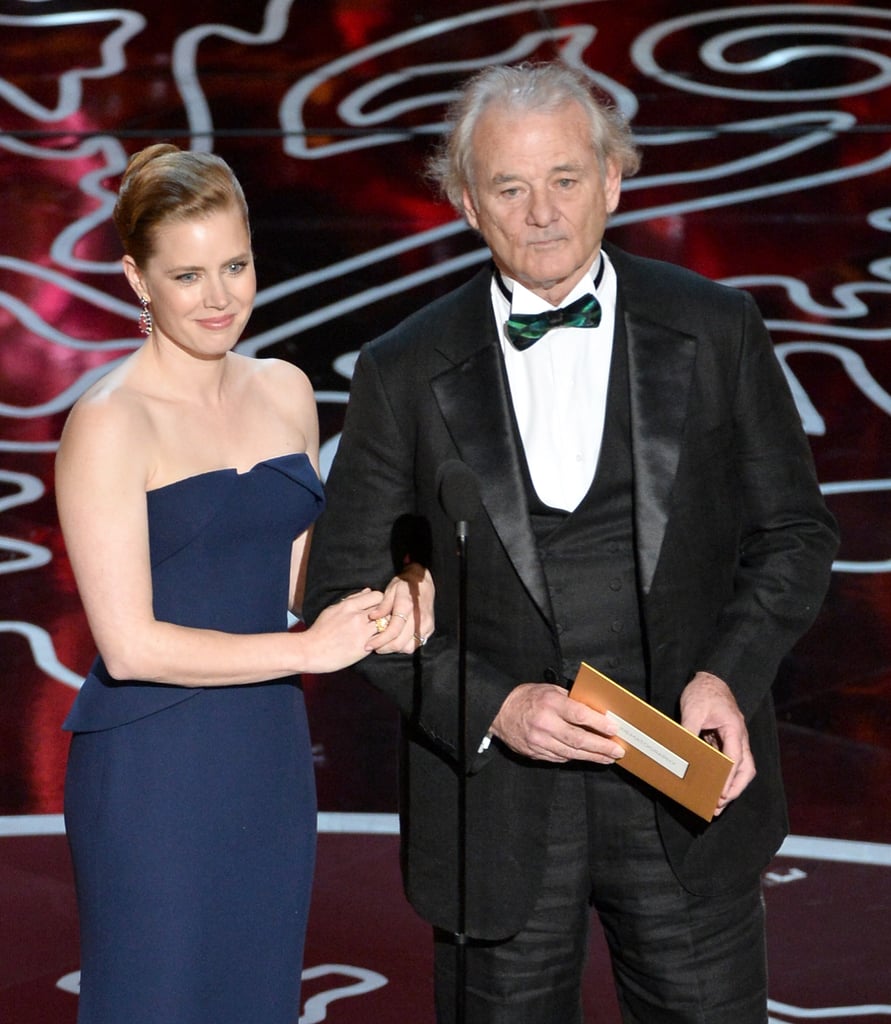 Amy Adams wowed at the 2014 Oscars in LA on Sunday, wearing a navy blue gown and her red hair in a chic updo. Like her American Hustle costar Jennifer Lawrence, she played double duty as a presenter and nominee. Bill Murray joined Amy to present the best cinematography award, telling her, "Baby, you look like a 146 million domestic." Amy also had the company of her fiancé, Darren Le Gallo, on the red carpet.

The actress was up for best actress against Sandra Bullock, Judi Dench, Meryl Streep, and Cate Blanchett, who took home the award. No stranger to the Oscars, Amy has been previously nominated four times, most recently at last year's show for The Master.

What do you think of Amy's Academy Awards look? Be sure to vote in our fashion and beauty polls, and join us for our live Oscars coverage.

Golden Globe Awards
Amid the Ongoing HFPA Controversy, NBC Will Not Be Airing the 2022 Golden Globes
by Monica Sisavat 14 hours ago

Jennifer Lopez
Should We Talk About J Lo's Crazy, Sexy Global Citizen Costumes All Day or All Month?
by Sarah Wasilak 1 week ago