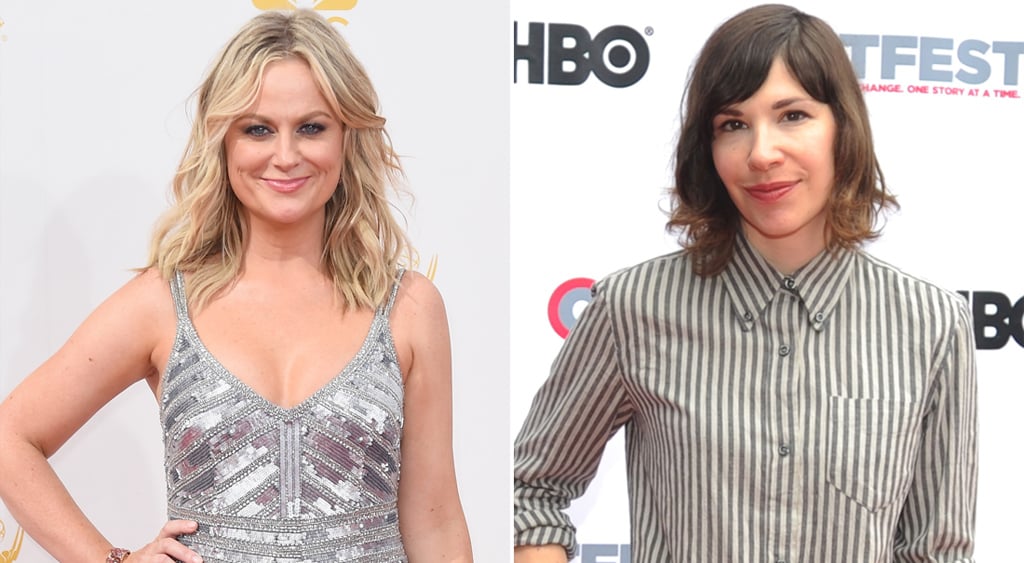 Amy Poehler can add matchmaker to her résumé! While attending a discussion about her friend Carrie Brownstein's book, Hunger Makes Me a Modern Girl: A Memoir, in Pasadena, CA, on Tuesday, the actress ended up helping Carrie perform an impromptu wedding ceremony for a couple in the audience. During the event's Q&A session, the friends were taken by surprise when two women, Kendall Oshiro and Genevieve Hernandez, stood up and asked if they could marry them.

"The couple told Carrie they'd heard from a friend that she was an ordained minister," a member of the audience told Us Weekly. "They asked if they could get married on the spot, as they'd come prepared with their marriage license." And in a sweet twist of fate, Carrie, who became ordained a few weeks ago to marry a few of her friends, had her ministry credentials on her. Amy then grabbed a few bouquets from nearby flower arrangements to make the moment even more special. Watch the touching moment below, then check out 33 times Amy's friendship with Tina Fey gave you all the goals.