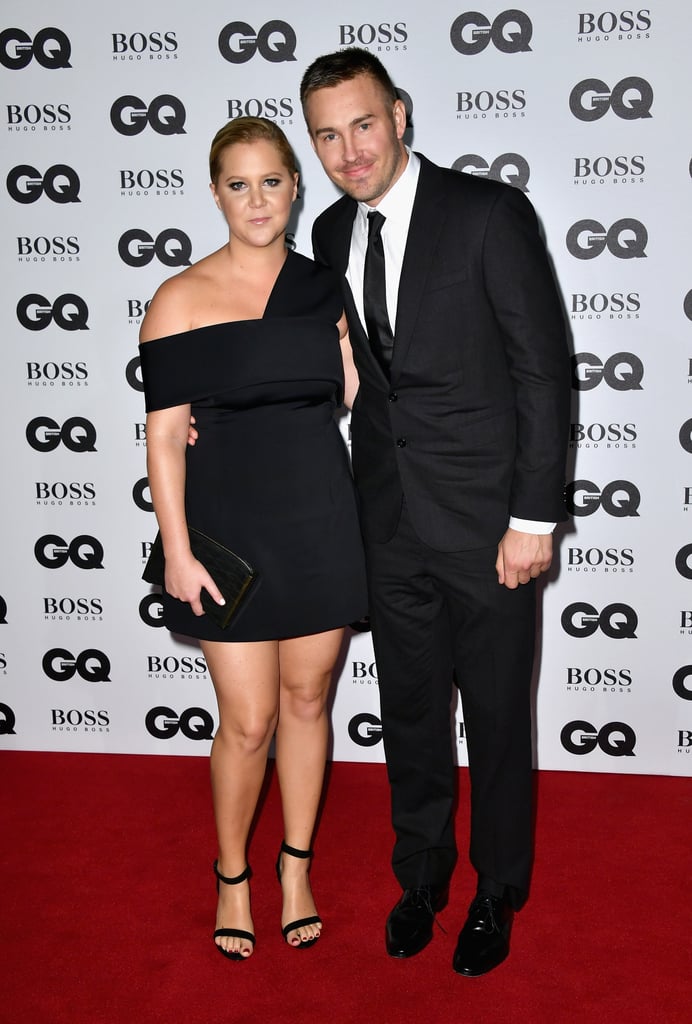 Amy Schumer had the support of her boyfriend, Ben Hanisch, at the GQ Men of the Year Awards in London on Tuesday. At the event, the comedian linked up with pal Florence Welch and was honored with the woman of the year award for her role in Trainwreck as well as the release of her new book, The Girl With the Lower Back Tattoo.

While Amy and Ben have been dating since December 2015 and attended award shows together, the GQ event marked the couple's first joint red carpet appearance and Amy's first public outing since her controversial interview with Lena Dunham. Lena grabbed headlines last week after disparaging comments about NFL star Odell Beckham Jr. were published in her Lenny newsletter. To make matters worse, Amy stirred up more controversy over the weekend when she tweeted and deleted a racist comment about men of color. The actress has yet to publicly address the incident.

by Jenny Sugar 50 minutes ago